“Republican Rep. Christopher Shays (news, bio, voting record), who is in a tough re-election fight, said Friday the Abu Ghraib prison abuses were more about pornography than torture.
The veteran Connecticut congressman said a National Guard unit was primarily responsible for the abuses although it was actually the 372nd Military Police Company from Cresaptown, Md., an Army Reserve unit.
“It was a National Guard unit run amok,” Shays said in a telephone interview with The Associated Press. “It was torture because sex abuse is torture. It was gross and despicable … This is more about pornography than torture.”
Shays sought to defuse controversy over his previous comments suggesting the Abu Ghraib abuses weren’t torture but instead involved a sex ring of troops.
“Now I’ve seen what happened in Abu Ghraib, and Abu Ghraib was not torture,” Shays said at a debate Wednesday.
“It was outrageous, outrageous involvement of National Guard troops from (Maryland) who were involved in a sex ring and they took pictures of soldiers who were naked,” added Shays. “And they did other things that were just outrageous. But it wasn’t torture.” 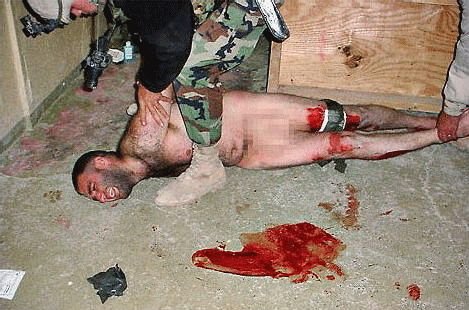