This refrain from John Greyson’s delightful musical Zero Patience, might well be Lord Saletan’s theme song. But to judge from his latest it seems that his last (dealt with here just the other week) went over like the proverbial lead balloon. And so, reeling like a conspicuously lubricated Uncle Charlie’s South patron at a “sidewalk sale,” Lord Saletan tries desperately to save his pathetic ass.

“Gay couples can’t have biological kids together. So if homosexuality is genetic, why hasn’t it died out?

Gee, why is that Mr. Peabody?

“A study published last week in PLoS One tackles the question. It starts with four curious patterns. First, male homosexuality occurs at low but stable frequency in a wide range of societies.”

Not to mention a wide range of species.

I think you’ve been reading too much Gertrude, dear.

How about THIS Gene?

“To find out, the authors posit several possible mechanisms and compute their effects over time. They conclude that only one theory fits the data. The theory is called “sexually antagonistic selection.” It holds that a gene can be reproductively harmful to one sex as long as it’s helpful to the other. The gene for male homosexuality persists because it promotes-and is passed down through-high rates of procreation among gay men’s mothers, sisters, and aunts. This theory doesn’t account for female homosexuality, which another new study (reviewed in Human Nature last week ) attributes to non-genetic factors. “

Yes women are such a pesky problem. Especially when they’re posited as a virus threatening to infect the male. How rude!

“It also doesn’t account for environmental or prenatal chemical factors in male homosexuality, such as the correlation between a man’s probability of homosexuality and the number of boys previously gestated in his mother’s womb. But it does explain the high similarity of sexual orientation between identical twins, as well as patterns of homosexuality in families.” 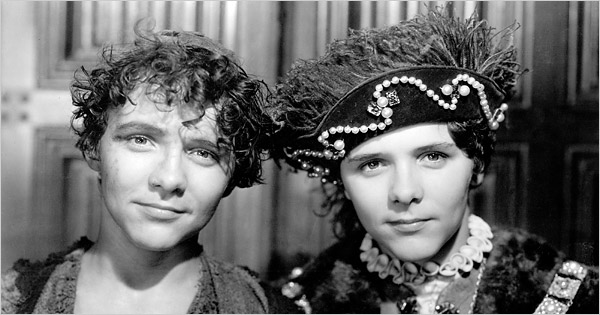 “It’s also plausible because sexually antagonistic selection has been found in other species. And many scientists who think environmental and prenatal factors influence homosexuality also believe that genes play a role.”

“The authors note that according to their computations, the theory implies some testable predictions. One such prediction can be checked against existing data. The prediction is that on average, if you’re a straight man, the reproductive pattern among your aunts will reverse the pattern seen among aunts of gay men. That is, your paternal aunts will produce children at a higher rate than your maternal aunts will. The authors check this prediction against the available data. Sure enough, it holds up.”

“NOW Benjamin begat Bela his firstborn, Ashbel the second, and Aharah the third, Nohah the fourth, and Rapha the fifth. And the sons of Bela were, Addar, and Gera, and Abihud, And Abishua, and Naaman, and Ahoah, And Gera, and Shephuphan, and Huram. And these are the sons of Ehud: these are the heads of the fathers of the inhabitants of Geba, and they removed them to Manahath: And Naaman, and Ahiah, and Gera, he removed them, and begat Uzza, and Ahihud. And Shaharaim begat children in the country of Moab, after he had sent them away; Hushim and Baara were his wives. And he begat of Hodesh his wife, Jobab, and Zibia, and Mesha, and Malcham, And Jeuz, and Shachia, and Mirma. These were his sons, heads of the fathers. And of Hushim he begat Abitub, and Elpaal. The sons of Elpaal; Eber, and Misham, and Shamed, who built Ono, and Lod, with the towns thereof: Beriah also, and Shema, who were heads of the fathers of the inhabitants of Aijalon, who drove away the inhabitants of Gath: And Ahio, Shashak, and Jeremoth, And Zebadiah, and Arad, and Ader, And Michael, and Ispah, and Joha, the sons of Beriah; And Zebadiah, and Meshullam, and Hezeki, and Heber, Ishmerai also, and Jezliah, and Jobab, the sons of Elpaal; And Jakim, and Zichri, and Zabdi, And Elienai, and Zilthai, and Eliel, And Adaiah, and Beraiah, and Shimrath, the sons of Shimhi; And Ishpan, and Heber, and Eliel, And Abdon, and Zichri, and Hanan, And Hananiah, and Elam, and Antothijah, And Iphedeiah, and Penuel, the sons of Shashak; And Shamsherai, and Shehariah, and Athaliah, And Jaresiah, and Eliah, and Zichri, the sons of Jeroham. These were heads of the fathers, by their generations, chief men. These dwelt in Jerusalem. And at Gibeon dwelt the father of Gibeon; whose wife’s name was Maachah: And his firstborn son Abdon, and Zur, and Kish, and Baal, and Nadab, And Gedor, and Ahio, and Zacher. And Mikloth begat Shimeah. And these also dwelt with their brethren in Jerusalem, over against them.
And Ner begat Kish, and Kish begat Saul, and Saul begat Jonathan, and Malchi-shua, and Abinadab, and Esh-baal. And the son of Jonathan was Merib-baal; and Merib-baal begat Micah. And the sons of Micah were, Pithon, and Melech, and Tarea, and Ahaz. And Ahaz begat Jehoadah; and Jehoadah begat Alemeth, and Azmaveth, and Zimri; and Zimri begat Moza, And Moza begat Binea: Rapha was his son, Eleasah his son, Azel his son: And Azel had six sons, whose names are these, Azrikam, Bocheru, and Ishmael, and Sheariah, and Obadiah, and Hanan. All these were the sons of Azel. And the sons of Eshek his brother were, Ulam his firstborn, Jehush the second, and Eliphelet the third. And the sons of Ulam were mighty men of valour, archers, and had many sons, and sons’ sons, an hundred and fifty. All these are of the sons of Benjamin.”

“I don’t know to what extent this theory will end up explaining male homosexuality.”

Really? You seemed so certain just a moment ago.

“But its emergence threatens to change our thinking about gay men in several important ways.”

“First, it implies natural limits to homosexuality. You don’t need to worry that gay teachers or television characters will “convert” hordes of boys. “

Well that’s a relief. Junior need not be threatened by Mr. Sondheim

“Sexually antagonistic selection is self-limiting and impervious to postnatal cultural factors. The authors’ computations show no scenario in which male homosexuality spreads throughout a population.”

“Second, by the same token, you can’t culturally eradicate the gay minority. It’s sustained by genetics and natural selection.”

Not to mention the Republican National Committee

“Third, if the authors are correct, we’re not really talking about genes for homosexuality. We’re talking about genes for “androphilia,” i.e., attraction to men. The importance of the genes lies in what they do not to men but to women, by increasing reproductive output so powerfully that these women compensate for the reduced output among their male relatives. You can’t isolate gay men as a puzzle or problem anymore. You have to see them as part of a bigger, stronger, enduring phenomenon.”

As Jack Cole made plain back in the 50’s

“Fourth, this larger phenomenon can’t be dismissed as a disorder. The study’s press release concludes that “homosexuality should not be viewed as a detrimental trait (due to the reduced male fecundity it entails), but, rather, should be considered within the wider evolutionary framework of a characteristic with gender-specific benefits.”

“Fifth, the benefits aren’t really confined to women. They protect society as a whole. The authors’ computations indicate that as a society’s birthrate falls, female carriers of androphilic genes account for a larger share of the output. In short, the genes provide a “buffer effect” against extinction.”

“The study’s lead author, Andrea Camperio Ciani of the University of Padova, sees these ramifications as a happy ending. “This is an example where the results of scientific research can have important social implications,” he tells LiveScience “You have all this antagonism against homosexuality because they say it’s against nature because it doesn’t lead to reproduction. We found out this is not true because homosexuality is just one of the consequences of strategies for making females more fecund.”
But the word “consequence” suggests a sixth, less happy implication: How would gay men see themselves and be regarded in a society that understood their condition as a side effect of female evolution? Would male androphilia be treated like sickle-cell anemia-the unfortunate cost of a genetic mutation that’s beneficial in other people ? We medicate sickle-cell anemia. Would we medicate homosexuality?”

I’ll ask the only Doctor I trust. “I don’t know, and neither does Dr. Camperio Ciani. Science, like culture and politics, has its happy moments. But don’t mistake them for endings”

So take it away LIZA!