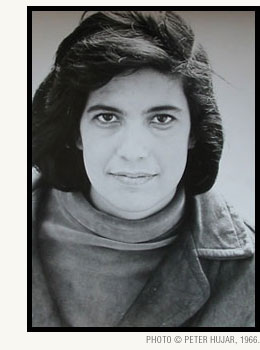 The facts should not be in dispute — but of course they are.

“In September 2006, an excerpt of Susan Sontag’s diaries, edited by her son, David Rieff, was published in the New York Times magazine, and that night I went to a dinner party where a woman poet in her 50s exhaled a sigh of disgust. Sontag is shown in her 20s, cutting a swath through literary hedges in Paris and New York and reeling from heartbreaking affairs with women. The poet’s hands were balled into fists behind a wedge of cheesecake: “The point is to feed tabloid hunger — expose Sontag as a lesbian and mindlessly ambitious.”

The poet was huffy because Sontag’s private life was being revealed at all and because the disclosures included striving and queerness. She was trying to protect Sontag from herself, which is what Sontag mostly tried to do by keeping buttoned up about her personal affairs. In her essays and fiction, she depicted sexual longing as an untamable force, trailing the twist and tang of bliss and self-destruction, but she did not write about how she lived in her body. She wrote a book about illness without discussing her own experience of cancer, and she meditated on homosexuality without speculating on how being gay had shaped her life. In veiling both the sexual body and the ill body, she generated something of an eros of concealment.”

But yes, she was no Patricia Highsmith

But then, who is?

Sing us out, Dusty.