Face it. Heterosexuality is so over! And we all know why (see pics above.) Therefore it’s no surprise to see Esquire “The Magazine For Men” sobbing over its fallen state. Chief mourner Tom Chiarella puts it thusly.

What is a Man?

Well somebody had to ask.

“A man carries cash. A man looks out for those around him — woman, friend, stranger. A man can cook eggs. A man can always find something good to watch on television. A man makes things — a rock wall, a table, the tuition money. Or he rebuilds — engines, watches, fortunes. He passes along expertise, one man to the next. Know-how survives him. A man fantasizes that kung fu lives deep inside him somewhere. A man is good at his job. Not his work, not his avocation, not his hobby. Not his career. His job. It doesn’t matter what his job is, because if a man doesn’t like his job, he gets a new one.”

“ #1 The Communication Style of Man

A man can speak to dogs.
A man listens, and that’s how he argues. He crafts opinions. He can pound the table, take the floor. It’s not that he must. It’s that he can.
A man can look you up and down and figure some things out. Before you say a word, he makes you. From your suitcase, from your watch, from your posture. A man infers.”

” #2. Man’s Ability to Handle Mistakes
man owns up. That’s why Mark McGwire is not a man. A man grasps his mistakes. He lays claim to who he is, and what he was, whether he likes them or not.
Some mistakes, though, he lets pass if no one notices. Like dropping the steak in the dirt.
A man can tell you he was wrong. That he did wrong. That he planned to. He can tell you when he is lost. He can apologize, even if sometimes it’s just to put an end to the bickering.”

A man does not wither at the thought of dancing. But it is generally to be avoided.”

“Style — a man has that. No matter how eccentric that style is, it is uncontrived. It’s a set of rules.
A man loves the human body, the revelation of nakedness. He loves the sight of the pale bosom, the physics of the human skeleton, the alternating current of the flesh. He is thrilled by the wrist and the sight of a bare shoulder. He likes the crease of a bent knee.”

“Maybe he never has, and maybe he never will, but a man figures he can knock someone, somewhere, on his bottom.”

“A man doesn’t point out that he did the dishes.
A man knows how to ridicule.
A man gets the door. Without thinking.
He stops traffic when he must.
A man knows how to lose an afternoon. Playing Grand Theft Auto, driving aimlessly, shooting pool.
He knows how to lose a month, also.
A man welcomes the coming of age. It frees him. It allows him to assume the upper hand and teaches him when to step aside.
He understands the basic mechanics of the planet. Or he can close one eye, look up at the sun, and tell you what time of day it is. Or where north is. He can tell you where you might find something to eat or where the fish run. He understands electricity or the internal-combustion engine, the mechanics of flight or how to figure a pitcher’s ERA.
A man does not know everything. He doesn’t try. He likes what other men know.
A man knows his tools and how to use them — just the ones he needs. Knows which saw is for what, how to find the stud, when to use galvanized nails.
A miter saw, incidentally, is the kind that sits on a table, has a circular blade, and is used for cutting at precise angles. Very satisfying saw.”

I prefer a very satisfying Sondheim.

He does not rely on rationalizations or explanations. He doesn’t winnow, winnow, winnow until truths can be humbly categorized, or intellectualized, until behavior can be written off with an explanation. He doesn’t see himself lost in some great maw of humanity, some grand sweep. That’s the liberal thread; it’s why men won’t line up as liberals.
A man resists formulations, questions belief, embraces ambiguity without making a fetish out of it. A man revisits his beliefs. Continually. That’s why men won’t forever line up with conservatives, either.”

A man is comfortable being alone. Loves being alone, actually. He sleeps.
Or he stands watch. He interrupts trouble. This is the state policeman. This is the poet. Men, both of them.
A man loves driving alone most of all.
A man watches. Sometimes he goes and sits at an auction knowing he won’t spend a dime, witnessing the temptation and the maneuvering of others. Sometimes he stands on the street corner watching stuff. This is not about quietude so much as collection. It is not about meditation so much as considering. A man refracts his vision and gains acuity. This serves him in every way. No one taught him this — to be quiet, to cipher, to watch. In this way, in these moments, the man is like a zoo animal: both captive and free. You cannot take your eyes off a man when he is like that. You shouldn’t. Who knows what he is thinking, who he is, or what he will do next.”

Give us a kiss. 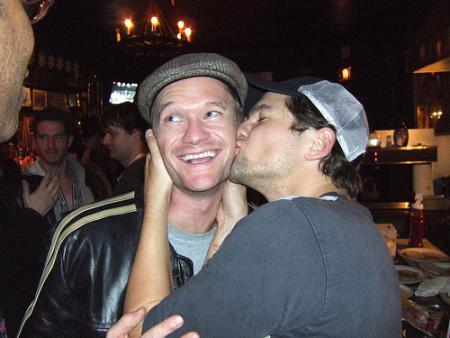