What The World Needs Now is The Antichrist

Judy’s been dead forty years now. And with that sad anniversary comes the happy one of Stonewall — bringing life, not death, to us all.

Well almost all as one Ron Hamm of Wasilla Alaska reminds us.

“Will the Antichrist be a homosexual?

In answering this question, it is important to assert the question does not originate with me, lest someone out there think that I am bringing some new doctrine out to bolster the political climate. But as the study of Bible prophecy includes verbiage as to the behavior of the one called “that Wicked” by Paul in II Thessalonians, it is not only a legitimate question to ask, but also one to answer.”

Unless of course you want us to Tell.

“While the word ‘homosexual’ is not in the Bible, the behavior of those who practice homosexuality, and God’s estimation of them, very definitely is. When the word came into existence I cannot tell you, but what we can say for sure is that when Noah Webster published his first dictionary in 1828, it was not included. This means that homosexuality is a modern word invented to replace the word Noah Webster did include, sodomy, defined as a crime against nature.”

You cannot? Well I can, Ron. It was invented in 1869 by a Hungarian journalist named Karoly Benkert aka. “Karl Maria Von Kertbeny.” The “von” was just as phony as Benkert’s claim that he was a doctor — which unwary historians have far too frequently repeated. For the whole — real — story see The Invention of Heterosexuality by Jonathan Ned Katz.

“This is historical revisionism in action.”

“Sodomy is defined in scripture by two things, the first being that of where it began: Sodom. In Genesis 13:13 we have the first mention of the men of Sodom, pronouncing that they “were wicked and sinners before the Lord exceedingly.” Their saga is continued in chapters 18 and 19 with their sin being so great that not only does God say that it “is very grievous,” but he himself comes down to destroy them with fire, the rubble of which still stands as a warning to us today.”

“While the Genesis account does not graphically describe their sin, leading some to deny it as being the same as homosexuality, their sin is obviously just that by how it is described: lying with mankind as with womankind. What other conclusion can be reached when they want to “know” the men who were in Lot’s house, the same word the Bible uses in Genesis 4 in relation to the conception of Cain? And that Lot himself understood their intentions is clear; not only did he call such behavior wicked, but he also offered his virgin daughters as substitutes, which the men of Sodom refused.”

Well maybe they offered them the wrong women. Surely this pair would have done the trick.

“And one more thing: Sodomy is the only sin for which God came down from heaven to destroy. Though God dealt with many other sins in various ways, there is no other for which he came down from heaven to verify and destroy. In the New Testament, sodomy is declared to be “against nature.” And of the men, Paul in Romans 1 says they leave “the natural use of the woman….” In effect, there is no greater sin against God than to reject how he made you, and no greater sin against women than to reject how God made them.”

Really? Well then you’re obviously hostile to what Marlene has to say about evolution.

“But will the Antichrist be a homosexual? Having seen what the Bible says of sodomy, we have no further to look than the book of Daniel, chapter 11 to find our answer. It says, “Neither shall he [Antichrist] regard… the desire of women….” As I said at the onset, I am not the first to draw attention to this, but the verbiage is clear.”

“From a lost perspective, the reason sex sells, pornography is profitable, and prostitution is “the world’s oldest profession” is mankind’s desire of women. From Christianity’s position, it is part of the glue for the bond of marriage and the propagation of a godly heritage. But homosexuality does not regard this — in their unbridled lusts they burn for their own gender.”

“But consider this: The time is ripe for such a leader. Indeed, it should not be surprising that the one who is against everything Biblical and Christian should be a partaker of so great a sin; there is no greater way to reject the Creator than to reject your gender and his design for it. And at what other time have we seen such perversion come out of the closets onto our streets, threatening violence if we do not accept their ways?”

And that’s not to mention the floorshow.

“Is it any wonder that Revelation 13 says that this same Antichrist will make war with the saints of the tribulation, and overcome them? Are they not now readying themselves to make it illegal to “offend” them in any way, calling it hatred to preach against their sin? Is it because they love us? The time is ripe for such a man.” 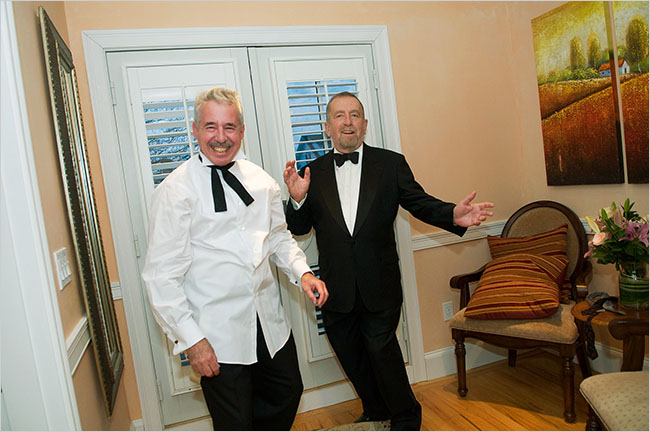 Well maybe not those last two if NPR has anything to do with it.

“But remember that sodomy is the one sin that God left heaven and came to earth to destroy. Could it be that this will be the predominate sin on earth when Christ descends from the clouds to fight against the armies of wickedness? And will it be just a coincidence that the Antichrist will be the very first occupant of the lake of fire, tasting eternal death 1,000 years before even the devil himself?
You be the judge.”

“Ron Hamman is pastor for Independent Baptist Church of Wasilla. Contact him at 357-4229.”

Hello, Ron? You wanna meet the AntiChrist? Well HERE HE IS!