“At an event in Virginia titled “Rediscovering God in America,” Newt Gingrich and Mike Huckabee aimed to recapture lost political momentum for the Christian right with strong exhortations for members to involve themselves in politics in order to maintain and increase the presence of religion in the public square, the Virginia-Pilot reports.
Both men railed against abortion rights, gay rights and the lack of religious influence in American public life, however Gingrich upped the ante in his attempt to stir up the crowd with this line:
‘I think this is one of the most critical moments in American history. We are living in a period where we are surrounded by paganism.’ ”

Now really, Newtie, pull yourself together. As you can see from the Straubs and Arnold Schoenberg, paganism has been aorund for quite some time.

I’ve not the slightest doubt that Fundie furor in the face of the rising tide of Teh Ghey has discombulated Newt, much as it has his co-panelist Mike —

“However, Huckabee was not to be outdone in the use of hyperbole. The former Republican presidential candidate called the United States a “blessed” nation whose victory against the British in the Revolutionary War was “a miracle from God’s hand,” indeed the same type of miracle that defeated the legalization of gay marriage in California.”

Well God has failed in six other states, Huck. And that’s what doubtless inspired something akin to an “Acid Flashback” in Newt bringing to mind the first acquaintance of paganism a man of his generation was offered. 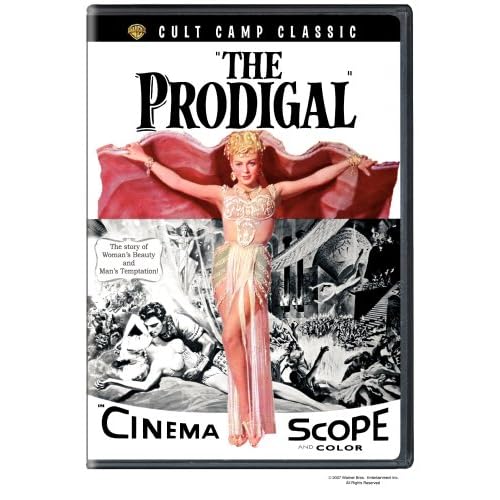 This in turn recalls my all-time favorite Hollywood story.

Hank Moonjean, producer and longtime Holywood veteran was employed at MGM back in the 50’s as an a.d. Though he worked with many of the greats on some of their most fabulous productions (eg. George Cukor’s Bhowani Junction with the great Ava Gardner) he was alos required to be “on call” for all manner of circumstances. One day he was told to report to the set of The Prodigal. Well Hank balked a bit, not having worked with any of those involved, and coming into a shoot right in the middle. He was assured it was just a day’s worth of hanging out, and so he went. The scene was a seemingly simple one. Lana, decked out in Frederick’s of Baal finery was set to seduce strapping “innocent” Edmund Purdom, splayed across a couch of some sort apparently typical of the period. As he was standing some 20 or so feet away Hank could only hear softly muttered dialogue. Suddenly Lana, who had been hovering bird-like over Purdom bolted upright.

“The Englishman has a hard-on! I’m leaving!”

Whereupon, being a goddess of her word, she marched off the set.
“Well,” director Richard Thorpe informed Hank, “Go get her.”

So Hank went to Lana’s trailer, knocked on the door and said in a perfecltly calm and civil tone “Miss Turner, they want you on the set.”

So Hank went back, conveyed the message ( not quoting Lana directly of course) and was told to return and try again. Her reply?

Again Hank returned ton the set with the star’s reaction and again he was told to go back. (He later learned the three trips were required in order to lodge a complaint of “uncooperativeness.”) This time Lana flung open the door. A tiny but eerily powerful woamn she had put on her Capri pants and flats but still had her High Priestess top and headdress.

“Well then tell HER to go fuck herself!” And off Lana marched.

Needless to say Lana eventualy returned, and The Prodigal was completed to the delight of her greatest fan, Frank O’Hara. But she obviously “Put the fear of Baal” in Newt. And he’s never gotten over it.

“Lana Turner has collapsed!
I was trotting along and suddenly
it started raining and snowing
and you said it was hailing
but hailing hits you on the head
hard so it was really snowing and
raining and I was in such a hurry
to meet you but the traffic
was acting exactly like the sky
and suddenly I see a headline
LANA TURNER HAS COLLAPSED!
there is no snow in Hollywood
there is no rain in California
I have been to lots of parties
and acted perfectly disgraceful
but I never actually collapsed
oh Lana Turner we love you get up”

Needless to say there’s something far more important goind on here. For as we’re told over and over again, when it comes to Teh Ghey, WE’VE GOT TO THINK OF THE CHILDREN!!!!!

As if that weren’t bad enough —

But hey Newt, it’s summer. Forget about all this bother. Time to relax, don’t you think?

Sing us out, Peg.