Visit msnbc.com for Breaking News, World News, and News about the Economy

“BROOKS: You know, all three of us spend a lot of time covering politicians and I don’t know about you guys, but in my view, they’re all emotional freaks of one sort or another. They’re guaranteed to invade your personal space, touch you. I sat next to a Republican senator once at dinner and he had his hand on my inner thigh the whole time. I was like, ehh, get me out of here.
HARWOOD: What?
BROOKS: I can only imagine what happens to you guys.
O’DONNELL: Sorry, who was that?
BROOKS: I’m not telling you, I’m not telling you.”

“The dignity code commanded its followers to be disinterested — to endeavor to put national interests above personal interests. It commanded its followers to be reticent — to never degrade intimate emotions by parading them in public. It also commanded its followers to be dispassionate — to distrust rashness, zealotry, fury and political enthusiasm.
Remnants of the dignity code lasted for decades. For most of American history, politicians did not publicly campaign for president. It was thought that the act of publicly promoting oneself was ruinously corrupting. For most of American history, memoirists passed over the intimacies of private life. Even in the 19th century, people were appalled that journalists might pollute a wedding by covering it in the press.
Today, Americans still lavishly admire people who are naturally dignified, whether they are in sports (Joe DiMaggio and Tom Landry), entertainment (Lauren Bacall and Tom Hanks) or politics (Ronald Reagan and Martin Luther King Jr.).
But the dignity code itself has been completely obliterated. The rules that guided Washington and generations of people after him are simply gone.
We can all list the causes of its demise. First, there is capitalism. We are all encouraged to become managers of our own brand, to do self-promoting end zone dances to broadcast our own talents. Second, there is the cult of naturalism. We are all encouraged to discard artifice and repression and to instead liberate our own feelings. Third, there is charismatic evangelism with its penchant for public confession. Fourth, there is radical egalitarianism and its hostility to aristocratic manners.” 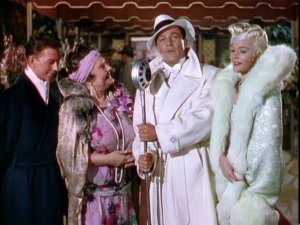 I’m also sure for the vast majority of us the notion of anyone so desperate as to make a move on Bobo is beyond the pale. But what with recent revelations of “C Street” sexcapades with “pious” politicos who while praying to that Big Invisible Bi-Polar Daddy in the Sky also sing the praises of Der Fuhrer –then rush off to Argentina (an ideal local for National Socialists) for some trim, Thigh Society seems downright quaint.

Of course things can get out of hand if you’re not careful.

Sing us out Jonny!