So does this mean that Al and Tipper have gone gay all of a sudden?

This Just In from She Who Rules The Universe:

Jane Lynch and Lara Embry were married Monday at the Blue Heron Restaurant in Sunderland, Mass. Jeannie Elias, a friend who became a Universal Life minister for the event, officiated.
Ms. Lynch (right), 49, portrays Sue Sylvester in “Glee,” the Fox television series. Her film roles have included parts in “Julie & Julia” (2009), “The 40-Year-Old Virgin” (2005), “A Mighty Wind” (2003) and “Best in Show” (2000). She graduated from Illinois State and has a Master of Fine Arts in acting from Cornell. She is a daughter of Eileen H. Lynch of Chicago and the late Francis J. Lynch.
Dr. Embry, 41, a clinical psychologist, practices at the Carter Psychology Center in Sarasota, Fla. She graduated from Smith and received a master’s degree in philosophy from Columbia. She also has a master’s in psychology from the University of Washington in Seattle, from which she also holds a Ph.D. in clinical psychology. She is the daughter of Dr. Bonnie M. Embry and Dr. Joseph H. Embry of Birmingham, Ala.
“We actually have a picture of the moment we met,” Ms. Lynch said, referring to the May 2009 San Francisco fund-raiser at which she was a presenter and Dr. Embry, who was among those being honored, instigated their introduction.
“I said, ‘I want my picture taken with her,’ ” Dr. Embry recalled. “I thought she was cute.”
Both say that the attraction between them was immediate and that their differing professions played no part in it.
“It’s not like she’s marrying out of her species or anything,” Ms. Lynch said. “

No, that would be THESE creatures.

“Will the fourth time be the charm for Rush Limbaugh?
Limbaugh, 59, is set to marry 33-year-old girlfriend Kathryn Rogers on Saturday at the talk radio star’s palatial Florida beachfront property.”

Re. the Bride of Limbaughstein –

“Kathryn Rogers or Rush Limbaugh’s Kate is 31 years old and lives in West Palm Beach. She is a professional party planner for the South Florida Super Bowl Host Committee. Kathryn Rogers and Rush Limbaugh met four years ago at a charity tournament. They stayed in touch with each other and began dating in June 2007.”

As Harold Pinter would say, Cozy.

“Although Limbaugh never seems at a loss for words, he’s been uncharacteristically quiet about the pending nuptials. Fill-in hosts have taken over the show, with his website simply noting that “El Rushbo will be out until Tuesday, June 15th.”
However, Limbaugh emailed a statement to his local paper, the Palm Beach Post. “We try to live our lives as normal people,” he wrote. “We do NOT seek media attention, we do not want it, especially for this. It is very special, obviously, and we just don’t want any media attention.”
How about a plane flying overhead pulling a celebratory banner behind it? Well, that’s what the gossip site Gawker.com has in store for Limbaugh, and it’s took suggestions from readers about how to best wish him well on the big day.”

“For Limbaugh, even when taking time off for personal matters, the spotlight follows.
Deadline New York is reporting that a biopic is in the works from writer and producer James Sclafani.
“This is ‘Citizen Kane’ meets ‘Private Parts,’ where you have a man who always had trouble relating to people in the outside world, but does it effortlessly in the booth,” Sclafani told Deadline New York.
For the script, Sclafani has optioned “The Rush Limbaugh Story,” an unauthorized biography written by Paul Colford.
Colford, a veteran journalist who’s now director of media relations for the Associated Press, said in an email to Yahoo! News that despite being published in 1993, the book on Limbaugh still gets attention.
“Not a week has gone by since the book came out years ago that it hasn’t been a source or a reference for a story or commentary of some sort,” Colford said. “The film interest is gratifying on a whole new level.”

Well not that new.

“”I’m thrilled that screenwriter Jim Sclafani has tapped the cinematic potential in Rush Limbaugh’s years of struggling, from the radio-gypsy life to national renown,” he continued. “Jim has written a wonderful script that’s faithful to the story.”
At this point, Limbaugh is not involved with the film about his life, and it’ll be at least a week until he’s back on the air to let his faithful audience know what he thinks about the possibilities for “Rush Limbaugh: The Movie.”

Not that it need to. After all, Tennessee Williams has been there already.

Personally I reccomend a Honeymoon in Costa Rica. A nice LONG Honeymoon.

For those of you who haven’t been keeping score –

“Limbaugh was first married on September 24, 1977, to Roxy Maxine McNeely, a sales secretary at radio station WHB in Kansas City, Missouri. They were married at the Centenary United Methodist Church in Cape Girardeau, Missouri. In March 1980, McNeely filed for divorce, citing “incompatibility.” They were formally divorced on July 10, 1980.
In 1983, Limbaugh married Michelle Sixta, a college student and usherette at the Kansas City Royals Stadium Club. They were divorced in 1990, and she remarried the following year.
On May 27, 1994, Limbaugh married Marta Fitzgerald, a 35-year-old aerobics instructor whom he met on the online service CompuServe in 1990. They were married at the house of U.S. Supreme Court Justice Clarence Thomas, who officiated. They were separated on June 11, 2004. Limbaugh announced on the air, “Marta has consented to my request for a divorce, and we have mutually agreed to seek an amicable separation.” The divorce was finalized in December 2004. In September 2004, Limbaugh became romantically involved with then-TV personality Daryn Kagan, and they broke up in February 2006.He has dated Kathryn Rogers, a party planner from Florida, since 2007.”

And now they’re getting married.

Which means we can expect the divorce in 2013.

So just relax and enjoy it while it lasts dear. No need for nerves.

Meanwhile in other gay news –

“For the first time, the percentage of Americans who perceive “gay and lesbian relations” as morally acceptable has crossed the 50 percent mark
Professor Savin-Williams says that his current research reveals that the fastest-growing group along the sexuality continuum are men who self-identify as “mostly straight” as opposed to labels like “straight,” “gay” or “bisexual.” They acknowledge some level of attraction to other men even as they say that they probably wouldn’t act on it, but … the right guy, the right day, a few beers and who knows. As the professor points out, you would never have heard that in years past.”

A few berrs? Hell — How About a Big Mac?

Yes a Royale with Cheese can MAKE YOU GAY.

Scarf down a few et VOILA!

A Death Worse Than Fate, is it not?

Well that will never happen to this character — 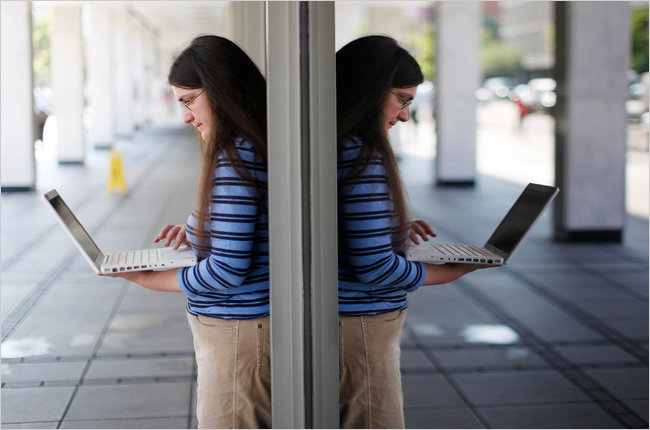 Leave it to the NYT to find a celibate Catholic lesbian reactionary not only opposed to gay marriage, but gay everything.
As she explains —

“The sacrifices you want to make aren’t always the only sacrifices God wants,” Ms. Tushnet wrote in a 2007 essay for Commonweal. While gay sex should not be criminalized, she said, gay men and lesbians should abstain. They might instead have passionate friendships, or sublimate their urges into other pursuits. “It turns out I happen to be very good at sublimating,” she says, while acknowledging that that is a lot to ask of others.

Ask away, dear. We’ve turned off our cellphones and have no intention of “Friending” you on Facebook.

Peter Gallagher and Patti Lupone will sing us out with the very last song written by a Berlin named Irving.