Surely Josephine’s the ideal person to deal with This Hot Mess.

Apparently Brian Boitano has just executed a Triple-Lutz in the Ninth Circle.

“In a voice mail message left at 7:31 a.m. on Oct. 9, a Saturday, Virginia Thomas asked her husband’s former aide-turned-adversary to make amends. Ms. Hill played the recording, from her voice mail at Brandeis University, for The New York Times.
“Good morning Anita Hill, it’s Ginni Thomas,” it said. “I just wanted to reach across the airwaves and the years and ask you to consider something. I would love you to consider an apology sometime and some full explanation of why you did what you did with my husband.” “ 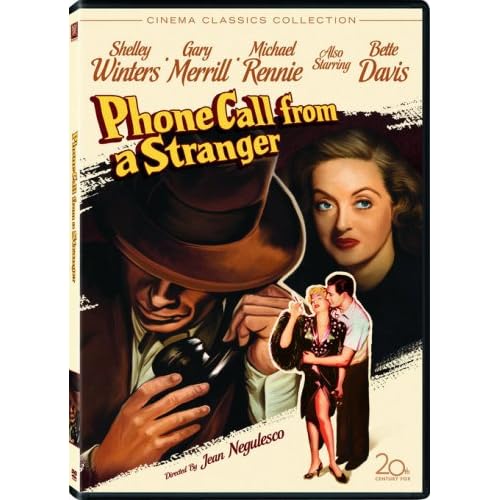 Please note the “with.” Does Ginny think Clarence and Anita did it? And if so shouldn’t Clarence be apologizing for rape?

Clearly Ginny “has issues” (to put it mildly)

“Ms. Thomas went on: “So give it some thought. And certainly pray about this and hope that one day you will help us understand why you did what you did. O.K., have a good day.” “

“Ms. Hill, in an interview, said she had kept the message for nearly a week trying to decide whether the caller really was Ms. Thomas or a prankster. Unsure, she said, she decided to turn it over to the Brandeis campus police with a request to convey it the Federal Bureau of Investigation.”

Smart move. This may well be the first of many phone calls.

“I thought it was certainly inappropriate,” Ms. Hill said. “It came in at 7:30 a.m. on my office phone from somebody I didn’t know, and she is asking for an apology. It was not invited. There was no background for it.”
In a statement conveyed through a publicist, Ms. Thomas confirmed leaving the message, which she portrayed as a peacemaking gesture. She did not explain its timing.
“I did place a call to Ms. Hill at her office extending an olive branch to her after all these years, in hopes that we could ultimately get past what happened so long ago,” she said. “That offer still stands. I would be very happy to meet and talk with her if she would be willing to do the same. Certainly no offense was ever intended.”

“In response to Ms. Thomas’s statement, Ms. Hill said that she had testified truthfully about her experiences with the future Justice Thomas and that she had nothing to apologize for.
“I appreciate that no offense was intended, but she can’t ask for an apology without suggesting that I did something wrong, and that is offensive,” Ms. Hill said.
Andrew Gully, senior vice president of the Brandeis communications office, said Ms. Hill turned the message over to the campus police on Monday.
Ms. Thomas, 53, has long been active in conservative circles in Washington. In the past year she has become more prominent as the founder of a new nonprofit activist group, Liberty Central, which is dedicated to opposing what she has characterized as the leftist “tyranny” of the Obama administration and Congressional Democrats. The group has drawn scrutiny in part because of the unusual circumstance of a spouse of a sitting Supreme Court justice drawing a salary from a group financed by anonymous donors.”

See what’s happening here? Clarence my be in deep shit because of Ginny and so an appropriate distraction is provided for a media enraptures with Bright Shiny Objects.

“Ms. Hill, 54, is a professor of social policy, law and women’s studies at Brandeis. In 1991, she was at the center of a confrontation that deeply divided the country and prompted a national debate about sexual behavior in the workplace.
Ms. Hill had been an aide to Mr. Thomas at the Department of Education and the Equal Employment Opportunity Commission. President George Bush nominated Mr. Thomas to fill the Supreme Court seat left vacant by Justice Thurgood Marshall.
In testimony before the Senate Judiciary Committee, Ms. Hill claimed that Mr. Thomas had repeatedly made inappropriate sexual comments to her in the workplace, including descriptions of pornographic films. Mr. Thomas denied the allegations and called them “a high-tech lynching.”

Unlike those low-tech ones we’re so familiar with.

“In her 1998 book “Speaking Truth to Power,” Ms. Hill noted that she had been accused of harboring a romantic interest in Justice Thomas by his wife. “Virginia Thomas and I have never met,” Ms. Hill wrote. “And one can imagine that she is guided by her own romantic interest in her husband when she assumes that other women find him attractive as well.” “

“Justice Thomas weighed in with his own autobiography in 2007, “My Grandfather’s Son, ” referring to Ms. Hill as “my most traitorous adversary” and asserting that liberal advocacy groups stooped to “the age-old blunt instrument of accusing a black man of sexual misconduct” to block his ascent because of his conservative views.
Ms. Hill said she had a previous but indirect interaction with Ms. Thomas. After Justice Thomas’s book was published, she said, Ms. Thomas told an interviewer that Ms. Hill should apologize. In response, Ms. Hill gave an interview reiterating that she had nothing to apologize for.
“I thought that was enough then to end it, but apparently it was not,” Ms. Hill said.”

And it won’t be if Barbara Walters can get Ginny and Anita to go on The View together. What a “Get” that would be.

For those interested in the real story, get ahold of a copy of Strange Justice: The Selling of Clarence Thomas. In it you’ll learn that Anita Hill was one of FOUR women who had been harassed by Clarence Thomas. She was the only one to step forward to testify about it.

I expect the other three are in the Witness Protection Program.

Memo to Ginny: A single phone call can create quite a “ripple effect.”