Surely the facts find themselves at the tender mercies of The World’s Worst Newspaper .

“CLEVELAND, Tex. — The police investigation began shortly after Thanksgiving, when an elementary school student alerted a teacher to a lurid cellphone video that included one of her classmates.
The video led the police to an abandoned trailer, more evidence and, eventually, to a roundup over the last month of 18 young men and teenage boys on charges of participating in the gang rape of an 11-year-old girl in the abandoned trailer home, the authorities said.
Five suspects are students at Cleveland High School, including two members of the basketball team. Another is the 21-year-old son of a school board member. A few of the others have criminal records, from selling drugs to robbery and, in one case, manslaughter. The suspects range in age from middle schoolers to a 27-year-old.
The case has rocked this East Texas community to its core and left many residents in the working-class neighborhood where the attack took place with unanswered questions. Among them is, if the allegations are proved, how could their young men have been drawn into such an act?”

Well here’s someone who knows. 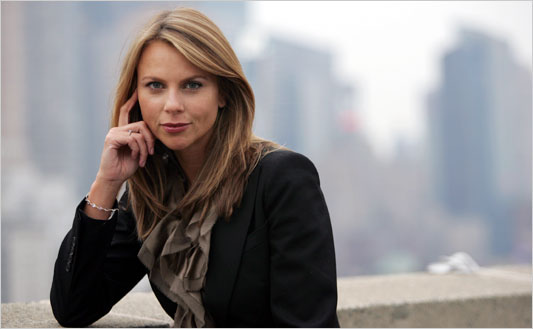 “It’s just destroyed our community,” said Sheila Harrison, 48, a hospital worker who says she knows several of the defendants. “These boys have to live with this the rest of their lives.”
The attack’s details remained unclear. The police have declined to discuss their inquiry because it is continuing. The whereabouts of the victim and her mother were not made public”

Obviously laying low in fear that Sheila Harrison and “the community” will have them killed.

“The allegations first came to light just after Thanksgiving, when a child who knows the victim told a teacher she had seen a videotape of the attack on a cellphone, said Stacey Gatlin, a spokeswoman for the Cleveland Independent School District.
The school district’s security department interviewed the girl, 11, who is a student at Cleveland Middle School, and her mother. The security department determined that a rape had taken place, but not on school property, and then handed the matter over to the police, Ms. Gatlin said.”

“Not on school property”? Thank heavens for small favors.

“On Dec. 9, the police obtained a search warrant to go through a house on Travis Street and a nearby trailer that had been abandoned for at least two years. An affidavit filed to support the search warrant said the girl had been forced to have sex with several men in both places on Nov. 28 and cited pictures and videos as proof, according to The Houston Chronicle.
The affidavit said the assault started after a 19-year-old boy invited the victim to ride around in his car. He took her to a house on Travis Street where one of the other men charged, also 19, lived. There the girl was ordered to disrobe and was sexually assaulted by several boys in the bedroom and bathroom. She was told she would be beaten if she did not comply, the affidavit said.”

Naturally they beat the shit out of her anyway.

“A relative of one of the suspects arrived, and the group fled through a back window. They then went to the abandoned mobile home, where the assaults continued. Some of those present recorded the sexual acts on their telephones, and these later were shown among students.”

Should we look for it on You Tube?

“Residents in the neighborhood where the abandoned trailer stands — known as the Quarters — said the victim had been visiting various friends there for months. They said she dressed older than her age, wearing makeup and fashions more appropriate to a woman in her 20s.”

See/ There was no rape. She was just a slut. The New York Times says so, so it MUST be true.

” She would hang out with teenage boys at a playground, some said.
“Where was her mother? What was her mother thinking?” said Ms. Harrison, one of a handful of neighbors who would speak on the record. “How can you have an 11-year-old child missing down in the Quarters?”

You tell me, bitch. I’m sure MoDow

“Cleveland, a town of 9,000, lies about 50 miles northeast of Houston in the pine country, near the picturesque Sam Houston National Forest. The town’s economy has always rested on timber, cattle, farming and oil. But there are pockets of poverty, and in the neighborhood where the assault occurred, well-kept homes sit beside boarded-up houses and others with deteriorating facades.”

“The abandoned trailer where the assault took place is full of trash and has a blue tarp hanging from the front. Inside there is a filthy sofa, a disconnected stove in the middle of the living room, a broken stereo and some forlorn Christmas decorations. A copy of the search warrant was on a counter in the kitchen next to some abandoned family pictures.
The arrests have left many wondering who will be taken into custody next. Churches have held prayer services for the victim. The students who were arrested have not returned to school, and it is unclear if they ever will. Ms. Gatlin said the girl had been transferred to another district. “It’s devastating, and it’s really tearing our community apart,” she said. “I really wish that this could end in a better light.”

Do you now? Well what do you suggest? That the girl be brought up on charges and the boys let go? Yes I’m Sure that’s what you want. She was just a whore, right?

Odd that the Times should attack the victime in this case. Maybe they’re making up for complicity in the Polanski persecution where you had a real whore.

What will become of the girl in this case. Hope they don’t kill her. Hope she survives. Hope she listens to Lenya.