There – wasn’t that lovely? Just a nice little motorocycle ride with a sympathetic hunk.

Couldn’t fit this creep on a motorcycle 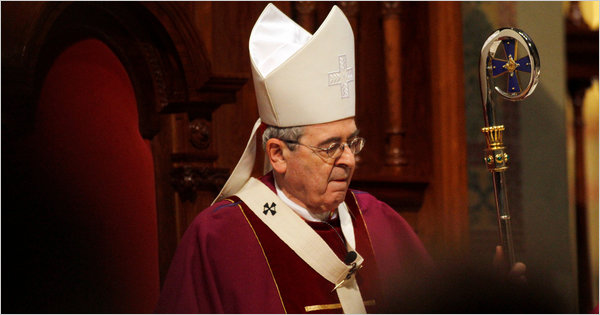 And that motorcyclist is way too old for his taste.

Needless to say, “taste” is far too mild a term for what’s really going on here.

“Nine years after a scandal in Boston prompted America’s Roman Catholic bishops to announce sweeping policy changes to protect children from sexual abuse by priests, the bishops are scrambling to contain the damage from a growing crisis in Philadelphia that has challenged the credibility of their own safeguards. When a grand jury in Philadelphia reported last month that the archdiocese there allowed 37 priests accused of abuse or inappropriate behavior to remain in ministry, it came as a complete surprise to the local and national “review boards” that the bishops have put in place to help keep them accountable, members of those boards said.”

“Church officials are also deeply troubled by how it is possible that in the bishops’ most recent annual “audit” — conducted by an outside agency to monitor each diocese’s compliance with the policy changes — Philadelphia passed with flying colors, said Teresa M. Kettelkamp, executive director of the bishops’ Secretariat of Child and Youth Protection, which issues the annual audit reports.
“To have that level of compromise of our programs and our process, I was totally shocked,” said Ms. Kettelkamp, who spent 30 years in law enforcement and corruption investigations before she was hired by the bishops.”

“The revelations in Philadelphia have called into question the efficacy of the bishops’ reform plan, unveiled in 2002 under the intense spotlight cast by the Boston scandal and called the “Charter for the Protection of Children and Young People.”
The church says it has spent tens of millions of dollars to fingerprint volunteers, organize “safe environment” prevention programs in parishes and schools, reach out to victims and deal with accusations. At least 1,000 workers nationwide are employed in carrying out the charter’s mandates, church officials say. Now the bishops are hearing parishioners, abuse victims and the church’s own child protection workers voicing a sense of betrayal.
“This is confusing and demoralizing to many people,” said Bishop Blase J. Cupich of Spokane, Wash., chairman of the bishops’ Committee for the Protection of Children and Young People, who said he recently met with a large group of these workers at a convention in Los Angeles. “Everybody is very saddened by this because people are working very hard, each and every day, to implement the charter. And to have this happen is really just painful for all of us.”

“The main governing committee of bishops took up the issue this week at a regularly scheduled meeting in Washington, and late on Thursday issued a statement that sought to convey reassurances that the bishops were still committed to their policies.
The core of the charter was a “zero tolerance” pledge to remove from the ministry any priests credibly accused of abuse. So the grand jury’s charge that the Philadelphia Archdiocese allowed as many as 37 priests to continue serving, despite an array of charges against them, provoked the most searing questions.
Cardinal Justin Rigali of Philadelphia at first rebutted the grand jury’s findings, then changed course, suspended three priests and ultimately suspended 21 more — the largest mass suspension by a diocese in the three-decade history of the abuse scandal.”

“A Philadelphia grand jury also indicted the former head of the archdiocesan office for clergy, Msgr. William Lynn, on charges of endangering the welfare of children — the first indictment ever of a senior church official in covering up an abuse case.
The statement from the bishops’ committee, signed by the bishops’ president, Archbishop Timothy M. Dolan of New York, said, “We remain especially firm in our commitment to remove permanently from public ministry any priest who committed such an intolerable offense.”
The bishops’ statement says they have “confidence” that the charter is effective, but will consider whether it needs to be revised or strengthened. A long-planned review of the charter is scheduled for the bishops’ meeting in June.
“We want to learn from our mistakes and we welcome constructive criticism,” the statement says.
In recent interviews with local reporters, Archbishop Gregory M. Aymond of New Orleans, the former chairman of the bishops committee on child protection, and Cardinal Sean P. O’Malley of Boston, expressed anguished anger about the developments in Philadelphia. “There’s no excuse for cover-up,” said Archbishop Aymond.
However, the bishops’ committee avoided any direct criticism of the Archdiocese of Philadelphia — even though some had pressed for something more hard-hitting, said some church officials who did not want to be named because they were not authorized to discuss the matter.”

“Cardinal Rigali worked for many years in the Vatican and still has powerful allies there. A kingmaker among American bishops, he serves on the Vatican’s Congregation for Bishops, the body charged with recommending bishops’ assignments to the pope. (Also serving on that Vatican congregation: Cardinal Bernard F. Law, who resigned as archbishop of Boston in 2002 during the abuse scandal there.)
Bishop Cupich and other church officials said that the bishops were withholding any judgment about what exactly went awry in Philadelphia and who was responsible because they did not yet have enough information. Bishop Cupich praised Cardinal Rigali for hiring an investigator — after the news of the grand jury report came out — to go through the files and determine which priests should be suspended from ministry.
But those involved in oversight in the church are asking themselves why the local review board in Philadelphia and the auditors did not know about so many accused priests still in ministry. Did the church staff in Philadelphia fail to show them the files? Were the files scrubbed?
Church officials and those involved in oversight say they do not know. And they said that they were looking to the investigators and prosecutors in Philadelphia to come up with the answers.
The episode identifies a key weakness in the bishops’ charter: neither the bishops’ auditors nor the review boards have the same power as a grand jury or a prosecutor to subpoena witnesses or compel the church to turn over files.
“They can only review the information they’re given,” said Diane Knight, chairwoman of the National Review Board, the advisory and accountability committee appointed by the bishops. “It is startling and discouraging that after nine years of the charter and all of the work that has gone into it, to have this kind of a grand jury report come out is troubling at best.”

“At best”? Well times is tough for The Church what with having to shell out $166 million to pay the cost of Jesuit pedos.

As for “the worst of it,”try this creep on for size 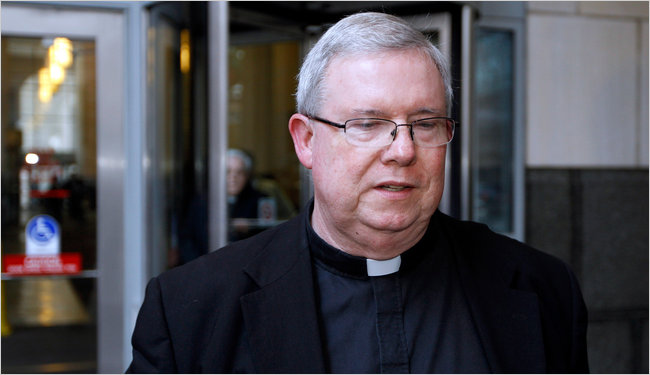 “PHILADELPHIA — In a blistering courtroom session on Friday, the judge overseeing the case involving priests accused in the sexual abuse scandal in the Philadelphia Archdiocese granted the prosecution’s request to bypass a preliminary hearing and scheduled arraignment for April 15.
At that time, the accused — two Roman Catholic priests, one former priest, a former parochial school teacher and a monsignor — are expected to plead not guilty. Given the city’s backlog of cases, any trial would probably not begin for at least a year.
The judge, Renee Cardwell Hughes, also agreed to the district attorney’s belated request to charge all five with conspiracy. The priests and the schoolteacher are already accused of rape; the monsignor, William Lynn, the highest-ranking official to be accused of a crime in the three-decade-long abuse scandal in the United States, is suspected of covering up rape by the priests and is charged with child endangerment.
At one point Friday, Judge Hughes, of the Court of Common Pleas, ordered Monsignor Lynn, 60, to stand and take an oath to tell the truth. She wanted to make sure he understood the consequences of having the archdiocese pay for his lawyers. In a riveting 20 minutes of questioning, she told him that this could jeopardize his ability to act in his own best interest, especially if he is implicating other church officials to help his defense, and would prevent him from claiming during any appeal that he was not properly represented. She even offered to get him a public defender, at taxpayer expense. He could face a maximum of 28 years in prison.
The monsignor, wearing a black suit and white priestly collar, said repeatedly that he understood the consequences and still wanted to keep the arrangement.
Judge Hughes is not likely to be the trial judge, to the relief of some of the defense lawyers, who have said she favors the prosecution and who engaged in shouting matches with her during Friday’s two-hour session. The judge erupted in fury several times, accusing some of the defense lawyers of attacking her integrity and telling them to “shut up.”
“Well, snapdoodle!” she said at one point to a defense lawyer who challenged her. At another point, Richard DeSipio, one of the defense lawyers, yelled out that the district attorney’s office was “anti-Catholic” and had attacked him. “Attacked you?” Judge Hughes said. “You attacked me.”
Judge Hughes imposed an order of silence on everyone involved in the case, including District Attorney Seth Williams, who was not present.
“I don’t want tweets, I don’t want Facebook, I don’t want I.M.’s, I don’t want any communication,” she said through clenched teeth.”

Well then I’m sure an old hipster like you would love a little song and dance.

Sing us out Martha!