On The Atchison, Topeka, & The Ayn Rand

massive Choo-Choo Train saga is finally being converted into a motion picture. And the reviews of Part 1 (there are allegedly two more to come) have not been kind. 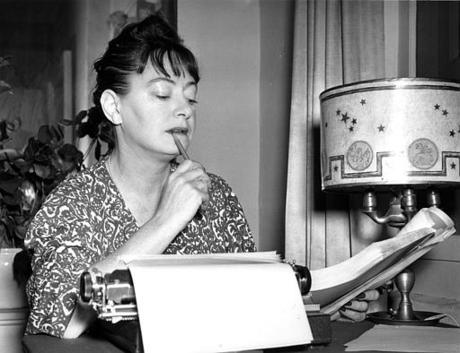 “This is not a novel to be tossed aside lightly. It should be thrown with great force.”

Anyhoo MoDo has weighed in inspiring a ton an a half of deliciously Anti-Alice letters — and of course several impassioned defenses. The most interesting came from this lovelorn Log Cabinette.

“Steven Way
Nashville, TN
April 17th, 2011
6:39 am
This astute column reminds me of a man I dated a few years before the financial crisis. He was gorgeous, well-spoken, well-educated, and well-off. He seemed like the one. But, as the Princess of Wales said of her love triangle, “there were three of us in this marriage.” In my case, the third party was Ayn Rand.

Rand’s ugly and destructive presence in this love story started innocently enough. I was peripherally aware of Rand, and, as a Log Cabin Republican, more than open to free market ideals. He “suggested” that I read “Atlas Shrugged,” and told me the book had changed his life. At our next meeting, when I had not yet purchased the book (or even thought any more about it), the tone of suggestion turned to one of dire urgency — and included another scolding for not having read the 10 issues of “Reason” magazine he had sent home with me earlier.

It only got worse from there. A European vacation turned into lectures on the truth of libertarian principles, and every conversation became a conversion process on his part, and an eye-rolling disbelief on mine. We parted ways at Stockholm airport. As he flew home to California, I returned to the Swedish capital with a new-found love of European socialism, if only to get Rand’s presence out of my being.

Rand has truly become a divine figure to her latter day followers. Her atheist ghost must cringe at this blasphemy! “

Well her ghost hasn’t been the only one doing the cringing dear. What Alice actually said about Strange Twilight Urges has been “out there” for some time now.

Seems pretty clear, wouldn’t you say? Well that hasn’t stopped any number of gay “Objectivists” from blathering about what she “really meant” and how they feel about it. Take for example (PLEASE!) this dude.

Oh My Stars and Garters — and that’s just Part 1. If you can stand it, here’s part 2

Yeah there’s never enough of that to go around. Amazing how much the CLQ’s sound like the “Ex-Gays,” isn’t it? Face facts, dear, Alice has nothing for you. Legally, she concedes, you’re to be “tolerated,” but personally she finds you disgusting. Get another Gay Icon, dear. Especially one who really understands the railroads.

IOW — TAKE IT AWAY JUDY!