Fait Diver: “Get Me Rewrite!”

Surely the facts are to be disregarded.

“A socially conservative group has apologized for including a passage about slavery in a pledge it asked the Republican candidates to sign as a prerequisite for the group’s endorsement in the presidential race.
Rep. Michele Bachmann had been the first GOP hopeful to sign “The Marriage Vow,” which included in the introduction a section that lamented that “the Institution of Marriage in America is in great crisis.” (Big Screaming Queen of a Husband to the contrary)

But I can’t say the same for This Dude–

–whose marital history is Off The Fucking Charts!

“One piece of evidence it offered was the claim that a black person born into slavery “was more likely to be raised by his mother and father in a two-parent household than was an African-American baby born after the election of the USA’s first African-American president.”
The suggestion that African American babies may have somehow been better off under slavery touched off sharp criticism from liberals and commentators, who noted that U.S. slaves had been forbidden from marrying and were often sold at auction and separated from their family members.”

“The separation of families was another cruel facet in the world of slave trading. An enslaved woman’s infant was sometimes viewed as a hinderance to her sale. In one instance, a slave trader was about to start from Louisville, Kentucky, with 100 slaves for New Orleans. Among them were two women who were nursing infants. The trader felt that these babies would depreciate the value of the mothers, so he sold them for one dollar each. In Nashville, another slave trader, while transporting slaves via steamboat to New Orleans, grew impatient with a mother carrying her ten month-old baby. She could not keep pace with the other slaves, so the trader snatched the infant from her arms and handed it as a gift to someone standing nearby. The mother was quickly hustled on-board as if nothing had happened.” 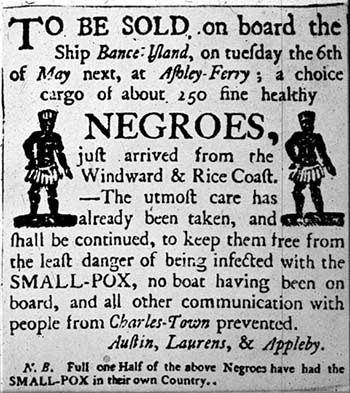 “On Saturday, in a note forwarded to reporters by the Bachmann campaign, the group, the Family Leader, apologized for the reference.
“After careful deliberation and wise insight and input from valued colleagues we deeply respect, we agree that the statement referencing children born into slavery can be misconstrued,” said Julie Summa, a spokeswoman for the Family Leader. “We sincerely apologize for any negative feelings this has caused, and have removed the language from the vow.”
The primary goal of the document was to affirm “that ALL of us must work to strengthen and support families and marriages between one woman and one man,” the statement said.”

Got that’? One Man, One Woman, and how many slaves they happen to own.

“Republican presidential candidate Rick Santorum also signed the pledge, which garnered headlines not only for the slavery passage but also because of its suggestion that homosexuality was not innate and may be a public health hazard. It also condemned pornography and demanded that signatories reject Sharia law.”

There has been so much blather about Sharia Law lately I’d advise everyone to repair to the Wiki to get at least a running start at the truth. As its introduction notes —

“Sharīʿah (Arabic: شريعة‎ šarīʿah, IPA: [ʃaˈriːʕa], “way” or “path”) is the code of conduct or religious law of Islam. Most Muslims believe Sharia is derived from two primary sources of Islamic law: the precepts set forth in the Qur’an, and the example set by the Islamic Prophet Muhammad in the Sunnah. Fiqh jurisprudence interprets and extends the application of Sharia to questions not directly addressed in the primary sources by including secondary sources. These secondary sources usually include the consensus of the religious scholars embodied in ijma, and analogy from the Qur’an and Sunnah through qiyas. Shia jurists prefer to apply reasoning (‘aql) rather than analogy in order to address difficult questions.
Muslims believe Sharia is God’s law, but they differ as to what exactly it entails.Modernists, traditionalists and fundamentalists all hold different views of Sharia, as do adherents to different schools of Islamic thought and scholarship. Different countries and cultures have varying interpretations of Sharia as well.
Sharia deals with many topics addressed by secular law, including crime, politics and economics, as well as personal matters such as sexuality, hygiene, diet, prayer, and fasting. Where it enjoys official status, Sharia is applied by Islamic judges, or qadis. The imam has varying responsibilities depending on the interpretation of Sharia; while the term is commonly used to refer to the leader of communal prayers, the imam may also be a scholar, religious leader, or political leader.
The reintroduction of Sharia is a longstanding goal for Islamist movements in Muslim countries. Some Muslim minorities in Asia (e.g. in India) have maintained institutional recognition of Sharia to adjudicate their personal and community affairs. In western countries, where Muslim immigration is more recent, Muslim minorities have introduced Sharia family law, for use in their own disputes, with varying degrees of success (e.g. Britain’s Muslim Arbitration Tribunal). Attempts to impose Sharia have been accompanied by controversy, violence, and even warfare (cf. Second Sudanese Civil War).”

IOW, not all that didfferent from Fundamentalist Christianity.

“Earlier Saturday, Bachmann spokeswoman Alice Stewart said that the Minnesota congresswoman had only endorsed the 14-point “candidate vow,” which did not include the slavery passage.
However, the entire document was only four pages, including two pages of footnotes, and the slavery section was the first bullet point within the preamble.
The Family Leader is led by Bob Vander Plaats, an unsuccessful GOP candidate for governor in Iowa and a prominent Christian conservative leader in the state. “ 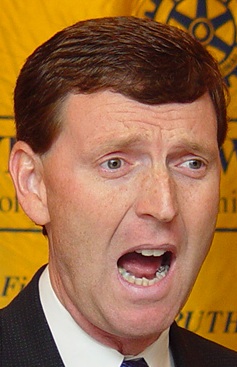