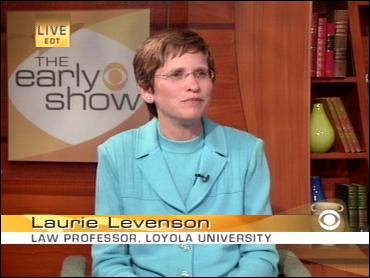 Well now, that didn’t take long, did it?

“Prosecutors vowed Friday to immediately retry an Oxnard middle school student who shot a gay classmate, maintaining that the incident was a premeditated murder and a hate crime despite doubts by some jurors in the initial trial, which ended with a hung jury and a mistrial.
However, Ventura County prosecutors said they are considering whether to again try Brandon McInerney as an adult — a choice that legal experts believe made it harder for them to win a conviction.”

And we all know how absolutely right those unnamed “legal experts” are, don’t we?

“McInerney, who was 14 at the time of the killing, would face up to life in prison if convicted as an adult. In the juvenile system, even convicted murderers are typically released at age 25.”

“We will consider the fact that this was a very significantly split jury. We will consider everything,” said Chief Asst. Dist. Atty. Jim Ellison. “There are obviously very strong reactions on both sides, and we will consider all those in how we proceed.”

“Both sides”? Is he in touch with the dead?

“Jurors on Thursday said they were deadlocked on a verdict, with seven favoring a voluntary-manslaughter conviction and five pushing for first- or second-degree murder. The jurors, who have not spoken to the media about the deliberations, told defense attorneys that they did not believe the killing amounted to a hate crime.”

And why is that? Because killing a gay kid is perfectly acceptable?

“Prosecutors on Friday disagreed and said they continue to believe the killing was motivated by victim Larry King’s sexual preference. They also said they believe that McInerney was lying in wait to kill King, an allegation that automatically qualifies him to be tried as an adult, Ellison said.”

“Laurie Levenson, a Loyola law professor and former federal prosecutor, said it was possible that jurors thought the charges were too harsh.”

So it shouldn’t be automatic, Laurie? Are you proposing the laws be rewritten?

“Jurors felt prosecutors overcharged, and they were clearly not comfortable putting the boy away for life. They probably believed the dynamic between two adolescent boys is not the same as two adults,” Levenson said. “With a hate crime, there is usually an agenda to go after a whole group, and this case as presented was a very personal. This was a shooting but not a traditional cold-blooded killing. It had an emotional complexity, especially one associated with adolescents.”

IOW only homophobic adults can have an “agenda.” With kids it’s merely “personal.”

Here’s the skinny on this meat puppet

There are ethics? Whores have ethics?

“Levenson graduated with a B.A. from Stanford University and a Juris Doctor (J.D.) from UCLA School of Law, where she was chief articles editor of the UCLA Law Review. After clerking for Judge James Hunter III on the United States Court of Appeals for the Third Circuit, she worked as an assistant United States Attorney for the Central District of California, where she rose to the position of assistant division chief. She joined the Loyola faculty in 1989.
Along with Erwin Chemerinsky, she has argued that a “meaningful public trial in the 1990s requires that it be broadcast because few people realistically can attend court proceedings.”

And why should they bother when we’ve got Nancy Grace to do it for them?

“Levenson was critical of Alan Dershowitz for his representation of Simpson, saying it was not a “good cause”; Dershowitz responded by criticizing her as someone who exploited the case “for her own self-aggrandizement” and didn’t understand the importance of the role of the defense attorney”

I doubt Barbet want to make a movie about you, Laurie.