And here he is, the man of the hour!

Quite the dapper gent, no?

As for the crime that bears his name –

“A Ponzi scheme is a fraudulent investment operation that pays returns to separate investors, not from any actual profit earned by the organization, but from their own money or money paid by subsequent investors. The Ponzi scheme usually entices new investors by offering returns other investments cannot guarantee, in the form of short-term returns that are either abnormally high or unusually consistent. The perpetuation of the returns that a Ponzi scheme advertises and pays requires an ever-increasing flow of money from investors to keep the scheme going.
The system is destined to collapse because the earnings, if any, are less than the payments to investors. Usually, the scheme is interrupted by legal authorities before it collapses because a Ponzi scheme is suspected or because the promoter is selling unregistered securities. As more investors become involved, the likelihood of the scheme coming to the attention of authorities increases.
The scheme is named after Charles Ponzi who became notorious for using the technique in early 1920. Ponzi did not invent the scheme (for example Charles Dickens’s 1844 novel The Life and Adventures of Martin Chuzzlewit 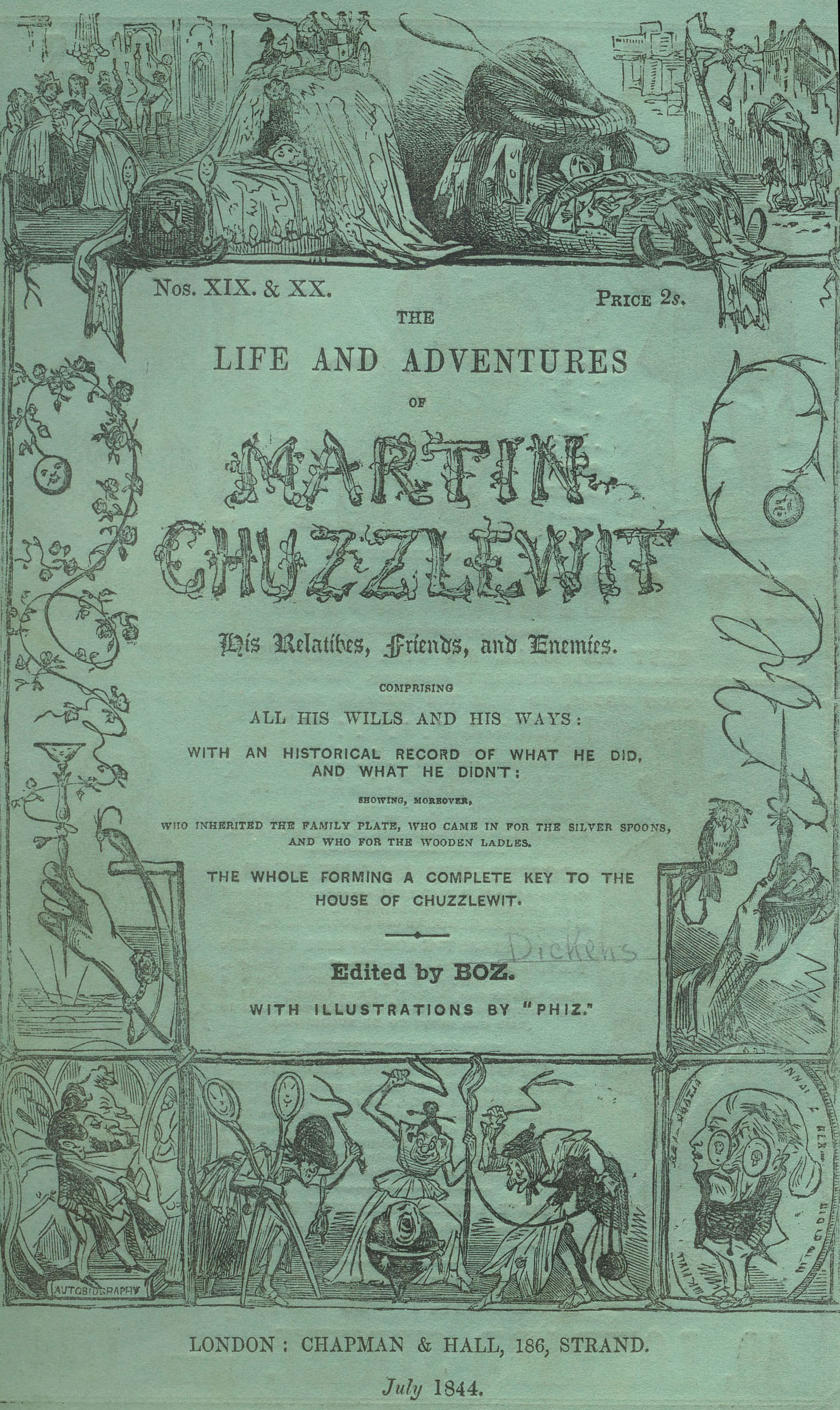 described such a scheme decades before Ponzi was born), but his operation took in so much money that it was the first to become known throughout the United States. Ponzi’s original scheme was based on the arbitrage of international reply coupons for postage stamps; however, he soon diverted investors’ money to support payments to earlier investors and himself.”

And besides Ponzi there was —

“Suppose an advertisement is placed that promises extraordinary returns on an investment — for example, 20 percent on a 30-day contract. The objective is usually to deceive laypeople who have no in-depth knowledge of finance or financial jargon. Verbal constructions that sound impressive but are essentially meaningless will be used to dazzle investors: terms such as “hedge futures trading,” “high-yield investment programs,” “offshore investment” might be used. The promoter will then proceed to sell stakes to investors—who are essentially victims of a confidence trick—by taking advantage of a lack of investor knowledge or competence. Claims of a “proprietary” investment strategy, which must be kept secret to ensure a competitive edge, may also be used to hide the nature of the scheme.
Without the benefit of precedent or objective prior information about the investment, only a few investors are tempted, usually for small sums. Thirty days later, the investor receives the original capital plus the 20 percent return. At this point, the investor will have more incentive to put in additional money and, as word begins to spread, other investors grab the “opportunity” to participate, leading to a cascade effect deriving from the promise of extraordinary returns. However, the “return” to the initial investors is being paid out of the investments of new entrants, and not out of profits.
One reason that the scheme initially works so well is that early investors, those who actually got paid the large returns, commonly reinvest their money in the scheme (it does, after all, pay out much better than any alternative investment). Thus, those running the scheme do not actually have to pay out very much (net); they simply have to send statements to investors showing them how much they earned by keeping the money, maintaining the deception that the scheme is a fund with high returns.
Promoters also try to minimize withdrawals by offering new plans to investors, often where money is frozen for a longer period of time, in exchange for higher returns. The promoter sees new cash flows as investors are told they could not transfer money from the first plan to the second. If a few investors do wish to withdraw their money in accordance with the terms allowed, the requests are usually promptly processed, which gives the illusion to all other investors that the fund is solvent.”

Got that so far? Now the fun part.

“The catch is that at some point one of these things will happen:
The promoter will vanish, taking all the remaining investment money (minus payouts to investors already made).
Since the scheme requires a continual stream of investments to fund higher returns, once investment slows down, the scheme will begin to collapse under its own weight as the promoter starts having problems paying the promised returns (the higher the returns, the greater the risk of the Ponzi scheme collapsing). Such liquidity crises often trigger panics, as more people start asking for their money, similar to a bank run.
External market forces, such as a sharp decline in the economy (e.g. Madoff and the market downturn of 2008), cause many investors to withdraw part or all of their funds; not necessarily due to loss of confidence in the investment, but simply due to underlying market fundamentals. In the case of Madoff, the fund could no longer appear normal after investors tried to withdraw $7 billion from the firm in late 2008 as part of the major worldwide market downturn affecting all investments.”

And that brings us to Thes Creep. “Bernard Lawrence “Bernie” Madoff (pronounced /ˈmeɪdɒf/; born April 29, 1938) is a former American stockbroker, businessman, investor, investment advisor, money manager, and former non-executive chairman of the NASDAQ stock market, and the admitted operator of what has been described as the largest Ponzi scheme in history.
In March 2009, Madoff pleaded guilty to 11 federal felonies and admitted to turning his wealth management business into a massive Ponzi scheme that defrauded thousands of investors of billions of dollars. Madoff said he began the Ponzi scheme in the early 1990s. However, federal investigators believe the fraud began as early as the 1970s, and those charged with recovering the missing money believe the investment operation may never have been legitimate. The amount missing from client accounts, including fabricated gains, was almost $65 billion. The court-appointed trustee estimated actual losses to investors of $18 billion. On June 29, 2009, he was sentenced to 150 years in prison, the maximum allowed.”

And as I’m sure you’ve gather by now, this has nothing to do with Social Security.

“a social insurance program that is primarily funded through dedicated payroll taxes called Federal Insurance Contributions Act tax (FICA). Tax deposits are formally entrusted to the Federal Old-Age and Survivors Insurance Trust Fund, the Federal Disability Insurance Trust Fund, the Federal Hospital Insurance Trust Fund, or the Federal Supplementary Medical Insurance Trust Fund.
The main part of the program is sometimes abbreviated OASDI (Old Age, Survivors, and Disability Insurance) or RSDI (Retirement, Survivors, and Disability Insurance). When initially signed into law by President Franklin D. Roosevelt in 1935 as part of his New Deal, the term Social Security covered unemployment insurance as well. The term, in everyday speech, is used to refer only to the benefits for retirement, disability, survivorship, and death, which are the four main benefits provided by traditional private-sector pension plans. In 2004 the U.S. Social Security system paid out almost $500 billion in benefits.
By dollars paid, the U.S. Social Security program is the largest government program in the world and the single greatest expenditure in the federal budget, with 20.8% for social security, compared to 20.5% for discretionary defense and 20.1% for Medicare/Medicaid. Social Security is currently the largest social insurance program in the U.S. where in 2003 combined spending for all social insurance programs constituted 37% of government expenditure and 7% of the gross domestic product. Social Security is currently estimated to keep roughly 40 percent of all Americans age 65 or older out of poverty. The Social Security Administration is headquartered in Woodlawn, Maryland, just to the west of Baltimore.”

And it works — despite dire predictions that there’s trouble ahead.

“The 2011 annual report by the program’s Board of Trustees noted the following: in 2010, 54 million people were receiving Social Security benefits, while 157 million people were paying into the fund; of those receiving benefits, 44 million were receiving retirement benefits and 10 million disability benefits. In 2011, there will be 56 million beneficiaries and 158 million workers paying in. In 2010, total income was $781.1 billion and expenditures were $712.5 billion, which meant a total net increase in assets of $68.6 billion. Assets in 2010 were $2.6 trillion, an amount that is expected to be adequate to cover the next 10 years. In 2023, total income and interest earned on assets are projected to no longer cover expenditures for Social Security, as demographic shifts burden the system. By 2035, the ratio of potential retirees to working age persons will be 37 percent — there will be less than three potential income earners for every retiree in the population. The trust fund would then be exhausted by 2036 without legislative action.”

And the action the Republicans want to take is to get rid of the program entierely — a dream they’ve clung to since its inception.

But Social Security is popualr with the public, despite allegations from the Republica-controlled media that the young “don’t like it.” As any economist will tell you it’s easily suported.

And so is the U.S. Post Office, which we’re told is going into default before Christmas. Do the Republicans want that to happen too?

Of course they do.

Sing us out Gladys