As you’re doubtless aware there’s been a lot of buzz about the bitch lately, thanks to some recently released audio recordings of her being interviewied by faithful stenographer Arthur M Schlesinger Jr.

and replace it with the far more acceptable image of this

Ah those were the days — right Steve?

Well Susan Cheever thinks so too.

They look like a couple of gorgeous, dressed-up kids who happen to have been chosen to run the world. “I mean you did again feel like two children,” Jackie Kennedy remembers of the morning after her husband’s inauguration. “Think of yourselves sitting on Lincoln’s bed!”

Well when I think of someone in Lincoln’s bed these days it’s James D. Guckert

“The Kennedys were Catholic, but privacy was their other religion. They never kissed or showed affection in public. They did not discuss their personal lives. Jackie went to court more than once to protect herself from publicity. So in spite of everything that has been written about the Kennedys, the portrait delivered in Jackie’s famous whispery voice in interviews with her friend Arthur Schlesinger released last week, is our first real look at the private lives of people whose public lives are so achingly familiar.
She was one of the youngest first ladies ever. Educated and multilingual at 31, she had a beauty and education so exotic that people sometimes asked if she could speak English.”

Well no wonderShe sounds like she came from a suburb of Mars.

“He was a Gemini who told his wife that his best attribute was curiosity and his worst irritability. Jackie, although she felt that a wife’s job was to provide a comforting home for her husband, had a laser-like discernment and a sharp tongue. Indira Gandi was a prune, she decided, and Martin Luther King a phony.”

I wonder what she thought of Marlene Dietrich 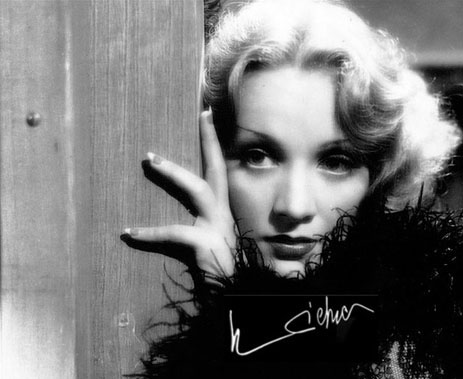 Who on returning from a visit to JFK at the White House dangled a pair of cum-stained panties before her daughter, Maria Riva, and asked “Do you want to smell a President?”

“She demurely tells Schlesinger that she took all her opinions from her husband, but she obviously had plenty of her own.”

Yeah like claiming Claire Booth Luce was a dyke. “An obsessive reader, Jack Kennedy read while shaving and even while eating. He was in physical pain a great deal of the time—he had courted her on crutches. Jack had the habits of a well-bred boy—changing into his pajamas for a daily nap, saying his prayers at bedside—and the forgiving, conciliatory instincts of a much older man—instincts which stood him in good stead as a leader, especially during the Cuban missile crisis.”

That was the last straw for me. He tried to kill us all. When Oswald got him in Dallas (and yes he did it and acted alone) I wasn’t moved to tears, despite Judy’s best efforts.

“The day before he was assassinated, Jackie recalls, she complained that she hated blowhard Texas Gov. John Connally. Her husband rubbed her back and crooned, “You mustn’t say that, you mustn’t say that. If you say…that you hate someone, then the next day you’ll act as if you hated him. We’ve come down here to Texas to heal everything up.”
The White House years were the happiest time of their lives, Jackie tells Schlesinger, so happy that she had dubbed them Camelot after the light-hearted Lerner and Loewe musical that she and Jack used to listen to before bedtime.”

L&L’s worst show. For Jackie’s purposes Brigadoon would have been far more appropriate.

They were in love in the serious way that people fell in love in those days before no-fault divorce. During the Cuban missile crisis some Washington men sent their families away to supposedly safer places. Jackie pleaded not to go. “Please I just want to be on the lawn when it happens,” she told her husband. “I just want to be with you, and I want to die with you, and the children do too—than live without you.”

“Watching them now as they greet heads of state, give speeches, and horse around with their kids, feels like looking through a window into a lost world—a world before memoir, before addiction and recovery, before low self-esteem and the rhythm of debasement, confession, and redemption which has become the American grain. Today, their issues would be addressed with an ocean of prescription drugs and a boatload of 12-step programs. He was living on pain meds and his sexual acting out was famous even while he was still alive. She had serious Adult Children of Alcoholics problems—she had banned her father from her wedding because he was drunk. Yet Jack and Jackie—undiagnosed and untreated—exude a kind of magnificent grace and courage that’s visible even in grainy old television clips.”

“When they felt depressed, instead of getting a Lexapro prescription, they went riding or sailing or they just damn well forgot about it and moved on. They weren’t thinking of their private selves all the time; they were thinking of how to help the rest of us with their public selves. During the two worst days of her life, Jacqueline planned a funeral that is still an iconic series of images of mourning. She knew the immense power of surfaces. In our world we scorn surfaces. Superficial has become a dirty word.”

I’m sure it was around your house too, Susan.

“I listened to Jack Kennedy’s famous call for service, “Ask…what you can do for your country,” in a barn in Vermont where I was at boarding school. My generation was electrified by his leadership. In the 50 years since, we have become a far more democratized culture. In those days a cat could look at a king; now every cat is a king. Everything the Kennedys said seems powerful and precious because there was so much they did not say. We knew very little about them and they weren’t about to tell us either—they were our Gods. Are secrets the key to great leadership? Can we be led by someone who is a mere human with daughters who long for a puppy, a live-in mother-in-law, and trouble quitting smoking? We have brought our Gods down to earth these days; these interviews might make us wish we hadn’t.”

Clearly they’re not in the least concerned with what Jackie and her ilk think.

A fortiori the black sheep of said ilk, Eugene

I encountered Jackie The O twice. Once was when I was working as a guard at the Metropolitan Museum of Art. She was being escorted by Thomas Hoving to see some exhibit or other and unlike any notable who every showed up there (eg. Francis Bacon, David Hockney, Sam Wagstaff &Robert Mapplethorpe, Jean-Marie Straub & Danielle Huillet, Massimo Girotti) was supremely aware of being “recognized” by “the general public” ie people she basically despised but whose voyeuristic fealty she craved. IOW, pretty fucking tacky.

But that was nothing compared to the other time I ran into her — at Tamburlaine. One of the last of the Mafia-run discos, carrying on post-Stonewall despite the fact that the glory days of gay speakeasies were long gone it was on the West Side, somewhere in the 50s’ just off Madison. For the life of me I can’t recall how I discovered it. But its soignee loucheness kept bringing me back. The usual Gambino family thugs at the door were remarkably pleasant, the crowd was great, and so was the d.j. who frequently played “Haunted” by Dusty Springfield and “You’re The One” by Little Sister — an offshoot of Sly and the Family Stone

Well with the right drugs it was infectious.

Anyhoo one night there was a commotion at the door. The usually semi-somnambulant Gambino goombahs sprang into action, demanding that the way be cleared for somebody or other. They came to a booth were a few regulars were sitting and told them to move — NOW! As the booths were just spots to flop in the regs had no ‘right” to them. Besides they were by that time excited by what they saw coming towards them — Jackie. She was nicely dressed in something simple and non attention-getting. But what sparked our attention were her escorts: two quite elderly gay men who looked as if they had “been around” since the late 19th century. Rent boys who graduated to sub Billy Baldwin “interior decorators” most likely.But what was Jackie doing with them and what was she doing at Tamburlaine. We foud out quite quickly. She was slumming.
The sight of Jackie brought smiles and cheers to all and sundry – at first. The bolder members of the crowd danced up to her table and gestured to her — inviting her to get up and dance with us all. Wasn’t that what she was there for? No it wasn’t. Stone deities in the Valley of the Kings had more life to them. And so we ignored her. Clearly upset by our indifference, Jackie and her aged entourage fled.

Forget the White house tour. Forget “hauling her ass” (as Lenny Bruce so famously said) in Dallas. It’s the Jackie of Tamburlaine that stays with me. One might almost say I’m haunted by her.

But not quite. Right Dusty?