You want drums, asshole? Take it away Pearlie Mae!

Here’s the skinny on he who should be kicked out the door:

“Patrick Jake “P. J.” O’Rourke (born November 14, 1947) is an American political satirist, journalist, writer, and author. O’Rourke is the H. L. Mencken Research Fellow at the Cato Institute and is a regular correspondent for The Atlantic Monthly, The American Spectator, and The Weekly Standard, and frequent panelist on National Public Radio’s game show Wait Wait… Don’t Tell Me!. In the United Kingdom, he is known as the face of a long-running series of television advertisements for British Airways in the 1990s.
He is the author of 16 books, of which his latest, Don’t Vote, It Just Encourages the Bastards, was released in September 2010. This was preceded in 2009 by Driving Like Crazy. According to a 60 Minutes profile, he is also the most quoted living man in The Penguin Dictionary of Modern Humorous Quotations.”

“A hat should be taken off when you greet a lady and left off for the rest of your life. Nothing looks more stupid than a hat.”

“A very quiet and tasteful way to be famous is to have a famous relative. Then you can not only be nothing, you can do nothing too.”

“After all, what is your host’s purpose in having a party? Surely not for you to enjoy yourself; if that were their sole purpose, they’d have simply sent champagne and women over to your place by taxi.”

“Always read something that will make you look good if you die in the middle of it.”

“Having chewed up and spat out the politically correct (All the Troubles in the World) and the U.S. government (Parliament of Whores), O’Rourke takes a more global tack. Here, he combines something of Michael Palin’s Pole to Pole, a soupcon of Swift’s A Modest Proposal and Keynsian garnish in an effort to find out why some places are “prosperous and thriving while others just suck.” Stymied by the “puerile and impenetrable” prose of condescending college texts, O’Rourke set forth on a two-year worldwide tour of economic practice (or mal-). He begins amid the “moil and tumult” of Wall Street (“Good Capitalism”) before turning to dirt-poor Albania, where, in an example of “Bad Capitalism,” free market is the freedom to gamble stupidly. “Good Socialism” (Sweden) and “Bad Socialism” (Cuba) are followed by O’Rourke’s always perverse but often perversely accurate take on Econ 101 (“microeconomics is about money you don’t have, and macroeconomics is about money the government is out of”). Four subsequent chapters reportedly offer case studies of economic principles, except that Russia, Tanzania, Hong Kong and Shanghai all seem to prove that economic theory is just that. There’s lots of trademark O’Rourke humor (“you can puke on the train,” he says of a trip through Russia, “you can cook tripe on alcohol stoves and make reeking picnics of smoked fish and goat cheese, but you can’t smoke”). There’s also the feeling that despite (or maybe because of) his lack of credentials, he’s often right. O’Rourke proves that money can be funny without being counterfeit.”

So funny I forgot to laugh explains it all to you.

“It remains to be seen whether the Occupy Wall Street protests will change America’s direction. Yet the protests have already elicited a remarkably hysterical reaction from Wall Street, the super-rich in general, and politicians and pundits who reliably serve the interests of the wealthiest hundredth of a percent.
And this reaction tells you something important — namely, that the extremists threatening American values are what F.D.R. called “economic royalists,” not the people camping in Zuccotti Park.”

“Consider first how Republican politicians have portrayed the modest-sized if growing demonstrations, which have involved some confrontations with the police — confrontations that seem to have involved a lot of police overreaction — but nothing one could call a riot. And there has in fact been nothing so far to match the behavior of Tea Party crowds in the summer of 2009. “

“Nonetheless, Eric Cantor, the House majority leader, has denounced “mobs” and “the pitting of Americans against Americans.” The G.O.P. presidential candidates have weighed in, with Mitt Romney accusing the protesters of waging “class warfare,” while Herman Cain calls them “anti-American.” My favorite, however, is Senator Rand Paul, who for some reason worries that the protesters will start seizing iPads, because they believe rich people don’t deserve to have them.”

Heaven forbid the rabble would DARE to steal this Holy Relic

created by the recently deceased deity!

“Michael Bloomberg, New York’s mayor and a financial-industry titan in his own right, was a bit more moderate, but still accused the protesters of trying to “take the jobs away from people working in this city,” a statement that bears no resemblance to the movement’s actual goals.
And if you were listening to talking heads on CNBC, you learned that the protesters “let their freak flags fly,” and are “aligned with Lenin.” 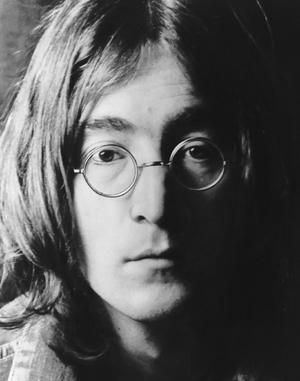 “The way to understand all of this is to realize that it’s part of a broader syndrome, in which wealthy Americans who benefit hugely from a system rigged in their favor react with hysteria to anyone who points out just how rigged the system is.
Last year, you may recall, a number of financial-industry barons went wild over very mild criticism from President Obama. They denounced Mr. Obama as being almost a socialist for endorsing the so-called Volcker rule, which would simply prohibit banks backed by federal guarantees from engaging in risky speculation. And as for their reaction to proposals to close a loophole that lets some of them pay remarkably low taxes — well, Stephen Schwarzman, chairman of the Blackstone Group, compared it to Hitler’s invasion of Poland.”

“And then there’s the campaign of character assassination against Elizabeth Warren, the financial reformer now running for the Senate in Massachusetts. Not long ago a YouTube video of Ms. Warren making an eloquent, down-to-earth case for taxes on the rich went viral. Nothing about what she said was radical — it was no more than a modern riff on Oliver Wendell Holmes’s famous dictum that “Taxes are what we pay for civilized society.”

“But listening to the reliable defenders of the wealthy, you’d think that Ms. Warren was the second coming of Leon Trotsky. George Will declared that she has a “collectivist agenda,” that she believes that “individualism is a chimera.” And Rush Limbaugh called her “a parasite who hates her host. Willing to destroy the host while she sucks the life out of it.”
What’s going on here? The answer, surely, is that Wall Street’s Masters of the Universe realize, deep down, how morally indefensible their position is. They’re not John Galt; they’re not even Steve Jobs. They’re people who got rich by peddling complex financial schemes that, far from delivering clear benefits to the American people, helped push us into a crisis whose aftereffects continue to blight the lives of tens of millions of their fellow citizens.”

“Yet they have paid no price. Their institutions were bailed out by taxpayers, with few strings attached. They continue to benefit from explicit and implicit federal guarantees — basically, they’re still in a game of heads they win, tails taxpayers lose. And they benefit from tax loopholes that in many cases have people with multimillion-dollar incomes paying lower rates than middle-class families.
This special treatment can’t bear close scrutiny — and therefore, as they see it, there must be no close scrutiny. Anyone who points out the obvious, no matter how calmly and moderately, must be demonized and driven from the stage. In fact, the more reasonable and moderate a critic sounds, the more urgently he or she must be demonized, hence the frantic sliming of Elizabeth Warren.
So who’s really being un-American here? Not the protesters, who are simply trying to get their voices heard. No, the real extremists here are America’s oligarchs, who want to suppress any criticism of the sources of their wealth.”

And speaking of those real extremists. Here’s some more drums for you P.J.