“Susan Sarandon appears to have pulled up a chair at Hank Williams Jr. and Lars Von Trier’s table: The activist-actress is in a harsh spotlight after describing Pope Benedict XVI as a Nazi during a sit-down chat at the Hamptons International Film Festival on Saturday.” 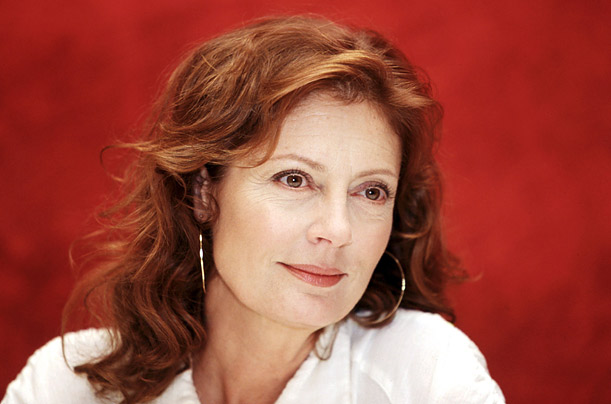 “During an interview by actor Bob Balaban, the “Dead Man Walking” Oscar winner said she’d sent a copy of that book to the pope — clarifying that she was talking about the previous pontiff, John Paul II, “Not this Nazi one we have now.” After Balaban “tut-tutted” (in the words of Newsday), the actress repeated her comment.”

which was only correct.

“The Catholic League for Religious and Civil Rights and the Anti-Defamation League were less than amused.
“Ms. Sarandon may have her differences with the Catholic Church, but that is no excuse for throwing around Nazi analogies,” ADL national director Abraham H. Foxman said Monday in a statement suggesting the actress apologize to the Catholic community. “Such words are hateful, vindictive and only serve to diminish the true history and meaning of the Holocaust.”

Mr. Foxman would do well to consult the historical record. Vatican support for the Third Reich is a simple matter of fact.

There have been many books about it. Among them – And there has of course been pushback.

“In 1999, John Cornwell’s Hitler’s Pope criticized Pius for not doing enough, or speaking out enough, against the Holocaust. Cornwell argued that Pius’ entire career as the nuncio to Germany, cardinal secretary of state, and pope was characterized by a desire to increase and centralize the power of the Papacy, and that he subordinated opposition to the Nazis to that goal. He further argued that Pius was anti-Semitic and that this stance prevented him from caring about the European Jews.
Cornwell’s work was the first to have access to testimonies from Pius’ beatification process as well as to many documents from Pacelli’s nunciature which had just been opened under the 75-year rule by the Vatican State Secretary archives. Cornwell’s work has received much praise and criticism. Much praise of Cornwell centered around his disputed claim that he was a practising Catholic who had attempted to absolve Pius with his work. While works such as Susan Zuccotti’s Under His Very Windows: The Vatican and the Holocaust in Italy (2000) and Michael Phayer’s The Catholic Church and the Holocaust, 1930–1965 (2000) are critical of both Cornwell and Pius XII, Ronald J. Rychlak’s Hitler, the War and the Pope is critical as well but defends Pius XII in light of his access to most recent documents. Cornwell’s scholarship has been criticized. For example, Kenneth L. Woodward stated in his review in Newsweek that “errors of fact and ignorance of context appear on almost every page.” Five years after the publication of Hitler’s Pope, Cornwell stated: “I would now argue, in the light of the debates and evidence following Hitler’s Pope, that Pius XII had so little scope of action that it is impossible to judge the motives for his silence during the war, while Rome was under the heel of Mussolini and later occupied by Germany”.
In his 2003 book A Moral Reckoning, Daniel Jonah Goldhagen asserts that Pius “chose again and again not to mention the Jews publicly…. [In] public statements by Pius XII . . . any mention of the Jews is conspicuously absent.” In a review of Goldhagen’s book, Mark Riebling counters that Pius used the word “Jew” in his first encyclical, Summi Pontificatus, published on October 20, 1939. “There Pius insisted that all human beings be treated charitably – for, as Paul had written to the Colossians, in God’s eyes “there is neither Gentile nor Jew.” In saying this, the Pope affirmed that Jews were full members of the human community – which is Goldhagen’s own criterion for establishing ‘dissent from the anti-Semitic creed.’”
Most recently, Rabbi David Dalin’s The Myth of Hitler’s Pope argues that critics of Pius are liberal Catholics and ex-Catholics who “exploit the tragedy of the Jewish people during the Holocaust to foster their own political agenda of forcing changes on the Catholic Church today” and that Pius XII was actually responsible for saving the lives of many thousands of Jews.” 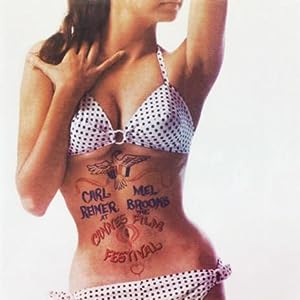 in which director “Adolph Hartler” declares “Why in my own home we hid a Jewish family. Sure, we hid them for awhile — and then we gave them over to the gestapo.”

“Bill Donohue, president of the Catholic League, was a bit more blunt, telling E! News “it is very hard to find someone dumber” than Sarandon, a person he wouldn’t seek an apology from because “she is ignorant and full of hatred to the Catholic Church.”
The pope, born John Ratzinger, grew up in Nazi Germany. This next bit is from a 2009 Los Angeles Times article:
In the 1997 biography, “Salt of the Earth,” Ratzinger said he was registered against his will in the Hitler Youth by his seminary and had no connection to the group after ending his religious studies. He was later conscripted into the German army, at age 16, for what he called “relatively harmless” infantry duty from August 1943 to September 1944.
According to historical evidence, he shared his family’s anti-Nazi views and never joined the Nazi party.”

See how it works?

Truly “a picture is worth a thousand words.”

But here are a few thousand more words anyway —

But don’t try asking Ratzi about this — or anything else for that matter. Cause if you do —