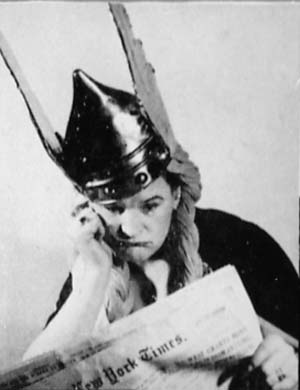 “Justice? — You get justice in the next world, in this world you have the law. . .The rest of it’s nothing but opera.”

So said William Gaddis in his third (count ‘em) absolute masterpiece A Frolic of His Own . A novel the lower life-forms who run NPR have doubtless never heard of — and would be quite hostile to if they had.

“WASHINGTON — NPR will no longer distribute the member station-produced program “World of Opera” to about 60 stations across the country because the show host helped organize an ongoing Washington protest, a network official said Friday evening.
Instead, North Carolina-based classical music station WDAV, which produces the show, said it will distribute the nationally syndicated program on its own beginning Nov. 11. The station said it plans to keep Lisa Simeone as host and has said her involvement in a political protest does not affect her job as a music program host.”

“NPR spokeswoman Dana Davis Rehm said the network disagrees with the station on the role of program hosts but respects its position.
“Our view is it’s a potential conflict of interest for any journalist or any individual who plays a public role on behalf of NPR to take an active part in a political movement or advocacy campaign,” she told The Associated Press. “Doing so has the potential to compromise our reputation as an organization that strives to be impartial and unbiased.”
Rehm said any host with NPR attached to their title is a public figure representing the network as a whole. But she said “reasonable people can have different views about this.” She said the negotiations with WDAV were civil and amicable.”

for his Islamophobia — a dismissal they have lived to regret. No wonder they’ve kept hissing harpie Mara Liason 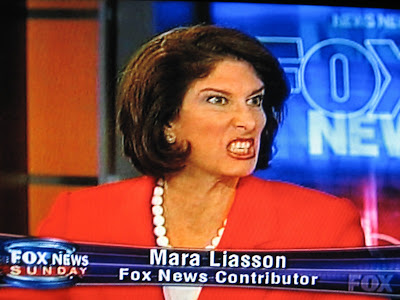 “NPR’s ethics code states that “NPR journalists may not participate in marches and rallies” involving issues NPR covers. The code notes that some provisions may not apply to outside contributors. It uses a freelancer who primarily contributes arts coverage as an example.”

Yes, they live for art at NPR

“Rehm said the network didn’t need to cite the code in its decision to drop the show because its position on hosts’ political activities was “even more fundamental.”
Simeone, who lives in Baltimore, is a freelancer who has worked in radio and television for 25 years. She has hosted music shows and documentaries. She was fired Wednesday as the host of a radio documentary program, “Soundprint,” because she helped organize an anti-war demonstration that also protested Wall Street and what participants call corporate greed.”

Karl Marx understood this — but not as well as Groucho

“Soundprint” is heard on about 35 NPR affiliates and is produced by Maryland-based Soundprint Media Center Inc. Its president said the company had adopted NPR’s code of ethics as its own.
“World of Opera” is the only radio show in the nation devoted to broadcasting full-length operas from around the world, according to WDAV.
The Davidson, N.C.-based station will use the same distribution process as NPR and hopes to retain all the stations that have aired the program, spokeswoman Lisa Gray said. The network is assisting with the change in distribution, and it won’t affect the listener’s experience.
“We think it’s really important to classical music that we continue to produce the show and make it available,” Gray told the AP. “That’s our primary concern, that we continue to be able to provide this programming to listeners and stations across the country.”
WDAV had previously said it has a different mission than NPR and seeks to provide arts and cultural programming nationally and internationally, rather than news.
NPR had previously produced and distributed “World of Opera” in house until January 2010 when production was shifted to WDAV. The show has been in production for more than 20 years. It has featured performances from U.S. opera companies including Washington National Opera, Houston Grand Opera, Glimmerglass and New York City Opera, as well as operas from Paris, Vienna and elsewhere.”

Did you say Paris? Take it away Wilhelmenia!