Good grief. A couple of football players share a smooch and you’d swear the whole world had gone — 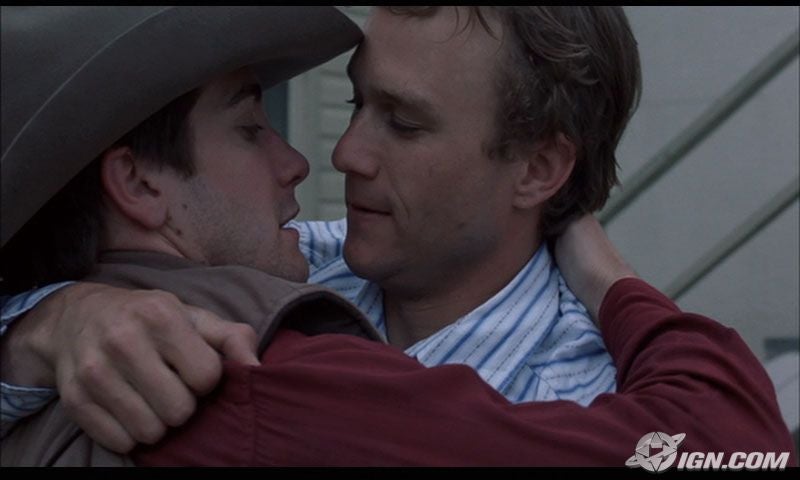 Surely the facts are . . .Beyond Pathetic!

“Although Tim Tebow filmed a Superbowl commercial in 2010 for the anti-gay, anti-abortion organization Focus On The Family (FOTF),”

So? It’s not like he invented kissing. As everyone knows Andy did that.

“On Sunday, the Denver Broncos quarterback kissed Demaryius Thomas after Thomas caught a touchdown pass. The Broncos went on to beat the Dolphins 18-15.
Towleroad noted that this wasn’t the first time Tebow, who has been referred to as the “Bieber of Football,” shared a same-sex kiss on the field: Tebow was pecked by University of Florida teammate Tony Joiner a few years ago.”

“Tebow’s feelings about homosexuality and gay marriage remain unclear. This summer, when asked about gay marriage by The Washington Post, his publicist jumped in and rejected the question.”

Well no surprise there. Here was poor defenseless Tim

at the tender mercies of Sally Quinn

As the Grey Gardens squatter sees it –

“Tim Tebow is the real deal.
In case you have been living on another planet, he is the 23-year-old superstar Heisman trophy winning football player for the Denver Broncos. And he’s drop dead gorgeous.
He‘s also a deeply committed Christian and not afraid to say so, which he does in his new book, “Through My Eyes.”

No need to be afraid of anything. Right Adam?

“Tebow has been written about a lot and is now on a wild book tour, doing TV, radio and print interviews all over the country.
During a recent phone interview, he talked about “God’s plan” for his life, his upbringing, hardships, winning and losing, football and, not least of all, women and sex.”

See? He’s straight. And his girlfriend has the balcony to prove it.

“For now, Tebow sees God’s plan for him as “being a good role model for kids through football.” “You’re not a chaplain or a priest or working in a ministry” he says, but you are “making a difference in people’s lives.”

Sure. That’s why he likes kissing black dudes. Right Cher?

“There is something very beguiling about Tebow. He seems almost an unmolded adolescent who is just beginning to think for himself, examine his life, and ask questions. He is open and friendly with a good sense of humor. It’s hard to imagine such innocence in someone his age and in his field, but talking to him, it’s hard to believe it isn’t genuine. When asked questions he clearly has not been asked before, he ponders and tries to respond as openly and honestly as he can. Only once, when asked about same-sex marriage, did his publicist, on the other end of the phone, protectively jump in to object that that was off message.”

Whoops! Well when you’re a publicist, you must remember this — a kiss is just a kiss.

Except when it isn’t

“But, considering his ties to FOTF, he’s probably not about to announce he’s coming out of the closet (or would support those who have) — but who knows?
Still, if an NFL quarterback and card-carrying member of FOTF wants to go around very publicly kissing other men on the mouth, we’re OK with that.”

Sing us out Jeanette!