Concerning the Eccentricities of Daniel Avila Roman Catholic homophobe Daniel Avila (seen above discussing the size of his penis), Has got a lot of ‘splanin’ to do, as far as his fellow pedophile-enablers are concerned.

If you go to the link for his November 2 article “Some fundamental questions on same-sex attraction “ in The Boston Pilot, you will find —

“Editor’s Note: Daniel Avila issued the following “Retraction/Apology” Nov. 2 in regard to his opinion piece “Some fundamental questions on same-sex attraction” which was published in our Oct. 28 edition. In addition to echoing Mr. Avila’s statement of regret, The Pilot also wishes to apologize for having failed to recognize the theological error in the column before publication. The Pilot has removed the column ‘Some fundamental questions on same-sex attraction’from its Website.”

Among other things the original “opinion piece’ said

“In other words, the scientific evidence of how same-sex attraction most likely may be created provides a credible basis for a spiritual explanation that indicts the devil. Any time natural disasters occur, we as people of faith look back to Scripture’s account of those angels who rebelled and fell from grace. In their anger against God, these malcontents prowl about the world seeking the ruin of souls. They continue to do all they can to mar, distort and destroy God’s handiwork.”

Now here’s the Devil as we all know him. 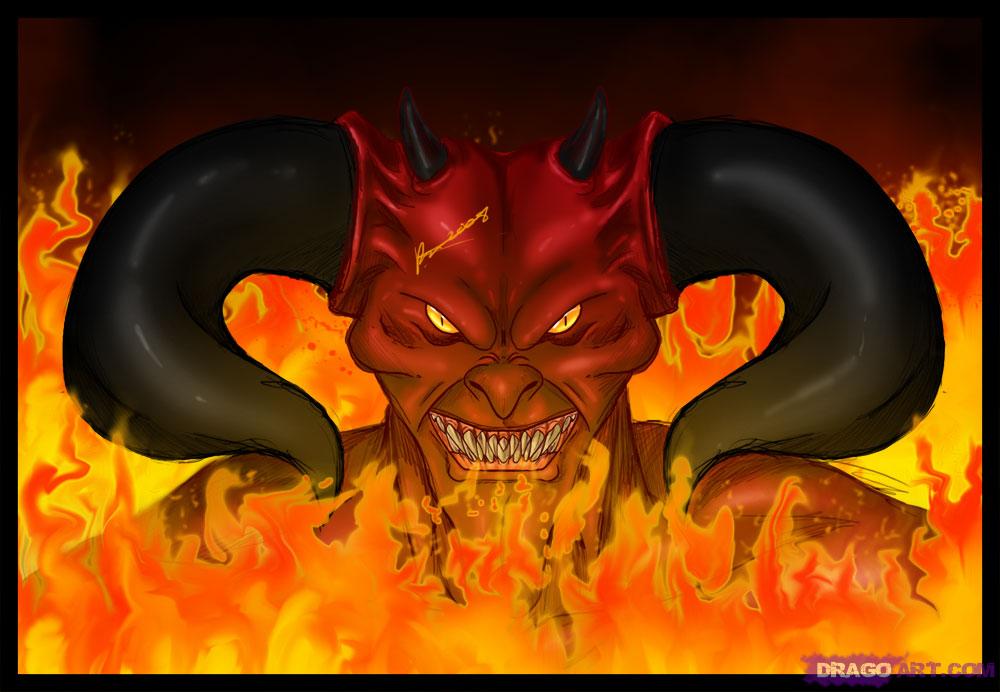 Clever creature that he is, Satan doesn’t always appear in such a frightful form. Here he is for instance telling Jesus that if he follows him he’ll give him a “clothing optional” hotel in Palm Springs Of course Satan has his sympathetic side —

But that’s a separate issue. Returning to Mr. Avila —

“The 182-year-old newspaper withdrew the column from its website on Wednesday, saying it had failed to recognize the “theological error” before publication. It posted an apology from Avila saying the column didn’t represent the position of the Conference of Catholic Bishops, whose stated purpose is to “promote the greater good which the Church offers humankind,” and wasn’t authorized for publication. Avila said he deeply apologized for the “hurt and confusion” the column caused. Archdiocesan officials said Avila’s apology would appear in the issue of The Pilot to be published this week, The Boston Globe reported. The Boston archdiocese, the bishops’ group and Avila were involved in communications leading to the decision to retract the column, said archdiocese spokesman Terrence Donilon, who called Avila “passionate about his faith and passionate about his church.”

“Statements made in my column, ‘Some fundamental questions on same-sex attraction’ of October 28, do not represent the position of the United States Conference of Catholic Bishops and the column was not authorized for publication as is required policy for staff of the United States Conference of Catholic Bishops. The teaching of Sacred Scripture and of the Catechism of the Catholic Church make it clear that all persons are created in the image and likeness of God and have inviolable dignity. Likewise, the Church proclaims the sanctity of marriage as the permanent, faithful, fruitful union of one man and one woman. The Church opposes, as I do too, all unjust discrimination and the violence against persons that unjust discrimination inspires. I deeply apologize for the hurt and confusion that this column has caused.”

And now to sing us out Ella Fitzgerald and the Chick Webb orchestra!