Just in case you missed it.

If you did perhaps here’s why.

“Yesterday, the Obama administration announced a landmark full government strategy for advancing equality for lesbian, gay, bisexual, and transgender people in its foreign policy and called on nations around the world to recognize that “gay rights are human rights and human rights are gay rights.” The president issued a new directive ordering “all agencies engaged abroad to ensure that U.S. diplomacy and foreign assistance promote and protect the human rights of LGBT persons” and Secretary of State Hillary Clinton delivered a 30 minute speech in Geneva, in which she announced a new $3 million Global Fund to support the work of civil society organizations working for equality around the world.
But you would have likely missed this story watching the nightly network news programs, CNN or Fox News, a ThinkProgress analysis of the media coverage finds. While MSNBC devoted four separate segments to the administration’s announcement — with ample coverage from Rachel Maddow and Lawrence O’Donnell — and Fox News even included the story in Bret Baier’s Special Report, CNN, ABC World News, and the CBS Evening News ignored it entirely”

And so did Nigeria

“ABUJA — Nigeria’s parliament pushed ahead with a bill on Wednesday that would harshly crack down on gay rights despite moves from US President Barack Obama’s administration to counter such legislation.
The bill was introduced into Nigeria’s House of Representatives on Wednesday after the Senate last week approved the measure that would outlaw gay marriage and ban public displays of affection between homosexual couples.
Gay organisations would also be made illegal, leading some to raise concerns over whether funding channeled through non-governmental organisations in Nigeria for AIDS treatment would be put in jeopardy.
A spokesman for the House of Representatives and a cabinet minister in Africa’s most populous nation and largest oil producer were defiant in the face of Western criticism over the measure.
“We have a culture. We have religious beliefs and we have a tradition. We are black people. We are not white,” said Zakari Mohammed, who is also a lawmaker.” 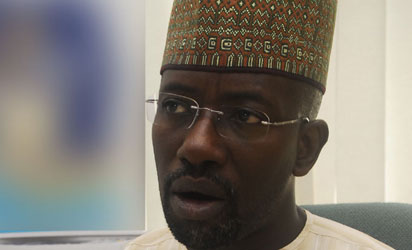 “He said same-sex marriage “is alien to our culture and we can never give it a chance. So if (Western nations) will hold their aid to us, to hell with them.”
Information Minister Labaran Maku said “we reserve the right to make our laws without apologies to other countries.”
On Tuesday, the United States put the fight against gay and lesbian discrimination at the heart of its foreign policy, but stopped short of warning transgressor nations they could be stripped of US aid.
Obama ordered all government agencies that play an active foreign policy role to take steps to encourage foreign nations to put a premium on gay, lesbian, bisexual and transgender rights.
British Prime Minister David Cameron has already warned that his country will consider withholding aid from countries that do not recognise gay rights.
The bill passed by the senate would make same-sex marriages punishable by up to 14 years for the couple and 10 for anyone abetting such unions.
It also sets out a 10-year sentence for “any person who … directly or indirectly makes public show of same-sex amorous relationships”.
No debate took place during the introduction of the bill in the House of Representatives on Wednesday and a date has not yet been set for it.
Mohammed vowed lawmakers would proscribe even tougher penalties than those proposed so far. He said “to hell with the super powers if they are for gay marriages.”
Maku told reporters after a routine weekly cabinet meeting on Wednesday that foreign nations had the right to comment on any Nigerian laws they were unhappy with.
“We live in a democracy, we live in a free country, we live in an independent country,” he said, adding “some of the things that are considered fundamental rights abroad … can be very offensive to African culture.”
The house has to vote in favour of the bill before President Goodluck Jonathan ascents to or vetoes the legislation.
Senate President David Mark said last week that if any country was unwilling to “give us aid or assistance just because we want to hold on to our values, that country can keep her aid and assistance.”
It was unclear why lawmakers decided a ban was necessary, with gay marriage not known to be prevalent in Nigeria and homosexuals already harshly discriminated against.”

Sing us out Gavin!