Everybody Comes On Rick

Well that didn’t work either. An it looks like The Natives Are Restless.

“WASHINGTON — Texas Gov. Rick Perry’s newest television ad criticizing the repeal of Don’t Ask, Don’t Tell was created over the objections of at least one top staff member, sources in the Perry campaign tell The Huffington Post.
The spot, which began airing in Iowa on Wednesday, features the governor questioning why soldiers can serve openly in the military while children “can’t openly celebrate Christmas or pray in school.” Coming a day after Perry criticized the Obama administration for using foreign aid to defend gay rights abroad, the ad was one more note in a fairly overt dog whistle aimed at the Hawkeye State’s influential evangelical voting block.
But not everyone was comfortable with the script. When the ad was being crafted several weeks ago, Perry’s top pollster, Tony Fabrizio, called it “nuts,” according to an email sent from Fabrizio to the ad’s main creator, longtime GOP operative Nelson Warfield. In a separate email to The Huffington Post, Warfield confirmed that the ad was made over Fabrizio’s objections.
“Tony was against it from the get-go,” Warfield wrote. “It was the source of some extended conversation in the campaign. To be very clear: That spot was mine from writing the poll question to test[ing] it to drafting the script to overseeing production.”
That a presidential campaign would suffer from internal disagreements over a controversial ad or broader campaign strategy is far from shocking. High-stakes political operations are often rife with strategic disputes. But it is rare for those disputes to spill over into public view and even rarer (at least when it comes to Republican politics) for them to center on the issue of gay rights.
It just so happens that several members of Perry’s campaign staff have worked to advance LGBT causes inside the GOP. Liz Mair, a consultant to the Texas governor, serves on the advisory board of the group GOProud. And Fabrizio has done polling for the Log Cabin Republicans in addition to urging lawmakers to reconsider their approach to the culture wars and embrace basic fairness for gay Americans on the issue of marriage. He was considered an ally by pro-gay rights conservatives. “ Always good to have a bear on hand.

“This isn’t a unique feature of Perry’s campaign. Republican candidates are increasingly relying on younger operatives who are far more sympathetic to gay rights. Mississippi Gov. Haley Barbour did during his exploratory run for the presidential nomination earlier this year. But Barbour never aired a blatantly anti-gay ad campaign that demonized one of the LGBT community’s signature legislative achievements.”

Well as everyone in the Beltway nows you can’t swing a cat in D.C. without hitting a gay staffer.

“It is the height of hypocrisy for Tony Fabrizio to have been a part of that,” said Jimmy LaSalvia, co-founder and executive director of GOProud. “He has lined his pockets for years with money from the gay community to conduct polls to ostensibly help gay people in this country, and for him to be a part of this is the height of Washington hypocrisy. It is absolutely what is wrong with Washington. It is all about the payday for these people.”
If Fabrizio found the ad repugnant and it aired over his objections, LaSalvia argued, he should have quit in protest. “Perry said in the ad that the service of tens of thousands of patriotic gay Americans is what’s wrong in this country,” LaSalvia said. “That is an outrageous and un-American statement.”

“Reached by email, Fabrizio confirmed that he was uncomfortable with the ad. But he said he was going to follow the advice he has given to candidates throughout his career: “If you start answering personal attacks, you are just rewarding the attacker.”
Other sources familiar with the Perry campaign have said that Warfield is the one driving the sharp cultural conservative tones that have come from the candidate in recent days. In addition to coming out against openly gay service in the armed forces, the campaign has tested voter reaction against taxpayer-funded abortion and defunding Planned Parenthood.
Reached by phone, Ray Sullivan, a spokesman for the Perry campaign, called the internal disagreements and the external criticism over the ad “irrelevant.”
“This ad is about the governor’s faith, the governor’s belief and his campaign, not about any one else,” Sullivan said. “And the ad talks about what Perry views as this administration pushing a liberal agenda in places like the military, while at the same time praying at football games, moments of silence at school and celebrating Christmas in the public arena is frequently verboten and certainly not defended by this administration. The bottom line is that the ad is about Governor Perry’s faith and his belief.”
Sullivan noted that Perry has not formally come out for reinstating Don’t Ask, Don’t Tell, should he become president. His decision to criticize the open service of gays in the military, in short, was made from a personal, not a policy, perspective.
“It seems Governor Perry wants to be theocrat in chief, not commander in chief,” said R. Clarke Cooper, executive director of the Log Cabin Republicans.”

And here comes the push-back!

“Yesterday Back2Stonewall awarded Jimmy (Frosty Bangs) LaSalvia co-founder and the executive director of GOProud the “Tweet of the Day” over his “ironic” tweet about ” faggots who line their pockets with checks from anti-gay homophobes while throwing the rest of us under the bus.” Funny right?
But alittle later LaSalvia explained the comment writing: I was talking about Rick Perry’s pollster/strategist.
Did LaSalvia just OUT Rick Perry’s Pollster/Strategist Tony Fabrizio as being a big fat closeted homo?
Tony Fabrizio of Fabrizio, McLaughlin & Associates in addition to serving as pollster and strategist for Senator Bob Dole’s 1996 presidential campaign has worked for more than a dozen GOP senators, more than 50 congressmens campaigns, It was Fabrizio who destroyed Florida AG Bill McCollom for Rick Scott using the Arizona immigration enforcement law.
So is Fabzrio the strategist behind Perry’s recent attacks on the LGBT Community to cowtow to the extreme religious right nothing more than a greedy self loathing closet case ala Ken Mehlman?
Well if anyone would know the “Who’s Who” of D.C.’s Aunty Tom registry it would be Jimmy LaSalvia and GOProud.” 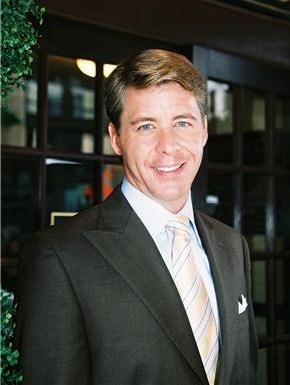 And here’s the boytoy Rick has apparently tossed aside in favor of Tony.

Will this new campaign get the voters back to Rick’s Cafe Americain? 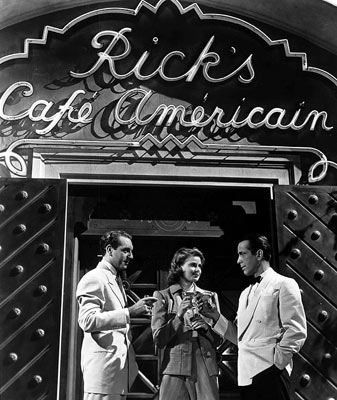 But hey, Rick, my advice is to just Relax.