Fait Diver: “Better Get A Bucket!”

Oh My. After all these years Ricky’s still upset.

And that’s not to mention this related story about the naughty Cardinal. 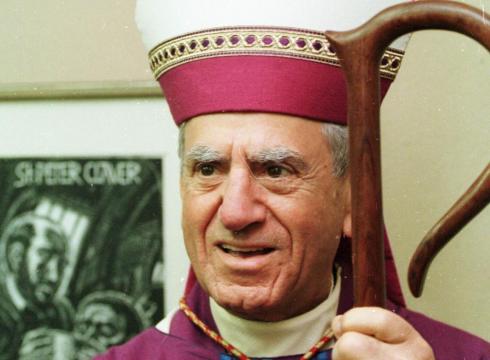 “WYNNEWOOD, Pa. – February 10, 2012 (WPVI) — The Montgomery County coroner is testing tissue and fluid from the body of late Philadelphia Cardinal Anthony Bevilacqua at the request of the district attorney because of the odd timing of his death.
Cardinal Bevilacqua died last Tuesday at the age of 88 after suffering from dementia and cancer. His death came just one day after a judge cleared him to testify next month in a child sex abuse trial involving three Catholic priests.
Montgomery County District Attorney Risa Ferman says she suggested Coroner Walter Hofman examine the body of Cardinal Bevilacqua last week.

Ferman explained that, since the death of the former Archbishop of Philadephia happened in her jurisdiction, she thought someone should make sure there was no foul play – given the timing of his death.
“It struck many of us as odd, as peculiar, that the Cardinal passed away so suddenly after the court ruling,” Ferman said. “He was a key witness in the case, although in another jurisdiction.”
Ferman said there is no criminal investigation, but suggested the coroner examine Bevilacqua’s body to put any speculation to rest.
The Archdiocese says a representative from the coroner’s office went to Bevilacqua’s residence the at the Saint Charles Borromeo seminary in Wynnewood the night he died and released his body to the funeral home.
The next day, the Archdiocese said, the coroner instructed the funeral home to transport to the body the medical examiner’s office.
Hofman told Action News on Friday morning that he is awaiting the results of toxicology tests on the Cardinal’s remains.
Bevilacqua was the superior of one of the accused, Monsignor William Lynn.
Lynn, 61, is the first U.S. church official charged with child endangerment and conspiracy for allegedly keeping predator priests in ministry.
Lynn served as secretary for clergy in the archdiocese from 1992 to 2004. Defense lawyers say he was a mid-level bureaucrat who took orders from Cardinal Bevilacqua.”

Well it’s nice to know that District Attorney Ferman doesn’t believeanything untoward happemed. Though I’d want to put a professional on the case. Nothing wafer thin I trust.