Clearly there is no bottom to the Pit of Evil that is the Roman Catholic Church.

“At least one boy under the age of 16 was castrated to ‘help’ his homosexual feelings while in Catholic church care in the 1950s, the NRC reported on Saturday.
But there are indications at least 10 other boys were also castrated, the paper said. The claims were not included in the Deetman report on sexual abuse within the Catholic church published at the end of last year.
The paper says the one confirmed case concerned a boy – Henk Heithuis – who reported being sexually abused by priests to the police in 1956. After giving evidence, he was placed in a Catholic-run psychiatric institution where he was then castrated because of his ‘homosexual behaviour’.
Evidence
The paper says the Deetman committee was informed about the castrations in writing but did not include mention of them in its report because ‘there were few leads for further research’.
The Deetman committee was set up by the church itself in 2010 after the sexual abuse scandal broke. It reported in December having identified some 800 priests and monks who abused children in their care between 1945 and 1985.
In addition, church officials, bishops and lay people were aware of what was going on but failed to take action to protect children, the report said.
Politician
The NRC also said on Saturday the final Deetman report did not mention that a leading politician with the Catholic people’s party KVP had tried to have prison sentences dropped against several priests accused of abusing children in 1958.
Vic Marijnen, who went on to become prime minister in 1963, was chairman of the children’s home where Henk Heithuis and dozens of other children were abused until 1959.
MPs are now calling for a full parliamentary investigation into the abuse scandal because of concerns about the neutrality of the Deetman inquiry. MPs are due to question Deetman at a hearing next week.”

If they’ve found one then there were at least 2001.

what goes on elsewhere in the world’s largest, wealthiest and most toroughly lawyered pedophile cult is another matter. Severing little boy’s balls the better to keep them quiet is scarcely new. But in the past it was done the better to produce castrati — who were both socially celebrated and financially compensated, as Roland Barthes 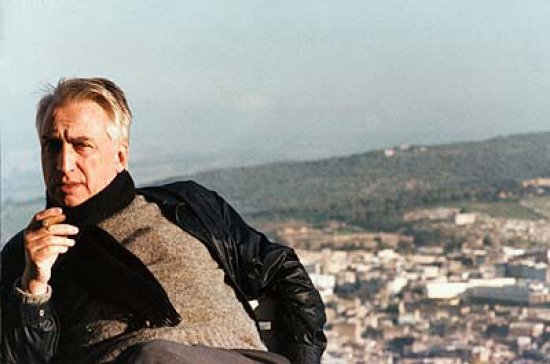 notes in his masterpiece S/Z, about which. . .

“S/Z, published in 1970, is Roland Barthes’s structuralist analysis of “Sarrasine”, the short story by Honoré de Balzac. Barthes methodically moves through the text of the story, denoting where and how different codes of meaning function. Barthes’s study has had a major impact on literary criticism and is historically located at the crossroads of structuralism and post-structuralism.”

This may sound forbidding. Actually it’s his easiet read. Barthes analysis of Balzac’s nouvelle is relevant to history, literature and even film analysis. I daresay it alsom influence film itself, particlularly —

Rivette’s masterpiece of course deals with matters far different than Balzac’s story, though gender roles are touched upon in passing.

“Barthes endeavors to set up a primary structure of character relations in “Sarrasine” along the lines of gender. However, he subsequently defines the characters not in relation to biological gender, but rather along what he calls the “axis of castration.” The initial categorization of the characters in phallic terms (the men who are the phallus, the women who have the phallus, and the ambiguous group of the androgynous and the castrated) gives way to the division he later constructs between the castrated and castrating, the passive and active. Furthermore, Barthes’s structuralist analysis exposes the fact that Balzac’s text has multiple signifiers that do not refer to one fixed signified. For example, Barthes is fascinated by the nuance of the double entendre, which most clearly fractures the traditional conception of signification: this play on words proffers two distinct and incompatible meanings that must be entertained simultaneously by the reader. The title S/Z refers to the clash between the ‘S’ of ‘Sarrasine,’ the male protagonist of the work, and the ‘Z’ of ‘La Zambinella,’ the castrato with whom Sarrasine falls in love. Sarrasine is an artist who, functioning under the assumption that all beauty is feminine, regards La Zambinella as the epitome of beauty, and therefore as the paradigm of femininity. Sarrasine’s Pygmalion-like sculpted image of the “female” La Zambinella accordingly represents the “complete woman.” This “masterpiece,” however, is highly problematic given its original starting point as a male body—and its refashioning into a female one through the psychological projections and artistic expertise of a man. What ultimately grounds the text is the fundamental destabilization caused by La Zambinella’s anatomy, which is perceived by Sarrasine as masterpiece, origin, and referent: in La Zambinella, therefore, lies Sarrasine’s own potential for castration.”

Needless to say such drastic measures need not be taken to produce a male with a “feminine” vocal aspect. But hiding the church’s crimes isn’t as easy today as it was in the past.

Face it Bill, your days are numbered.

The Three Countertenors will sing us out.