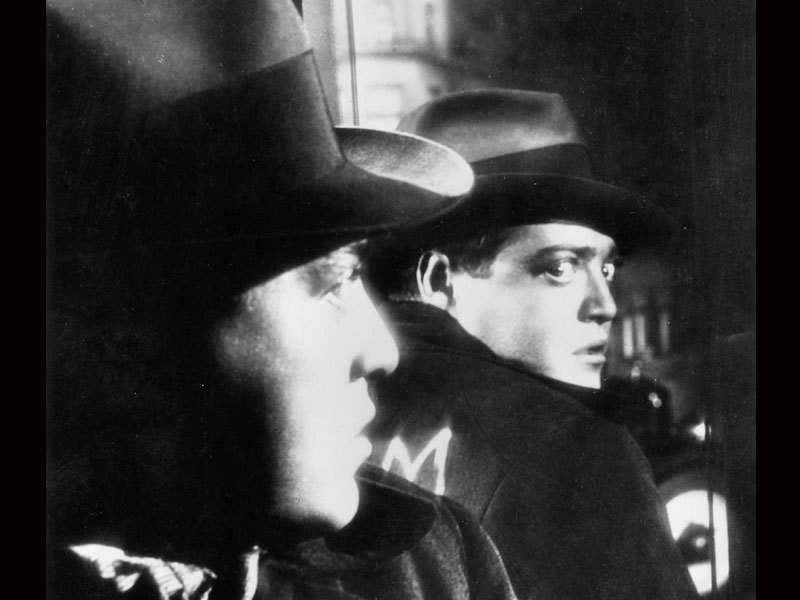 Now tell us in your own words. We’re all ears.

“PLAINSBORO — Dharun Ravi’s face is drawn and thin. The stress of the last year and a half has wrung him out. His eyes are perpetually sad, not the eyes of a very bright 20-year-old young man who should have a promising future.”

But most likely won’t. Too bad about those eyes dear. Visine might help.

“He is sitting on a plush maroon sofa in his parents’ living room, free on bail but still a prisoner in public opinion. He has been convicted of a hate crime for spying on Tyler Clementi, who jumped to his death from the George Washington Bridge after the episode. Ravi was not charged in Clementi’s death, but without the suicide, the case would have never drawn so much public attention.
Now, for the first time, Dharun Ravi explains his side of the story in a two-hour exclusive interview with The Star-Ledger.”

We know the drill.

And if you believe that, I’ve got the deed to a bridge in Brooklyn that should interest you.

“And this person is committed to continuing to try and prove he did not commit a bias crime.
“The verdict actually made me feel energized,” he said. “We (his family, friends and attorneys) will keep going.”

Nothing beats being ENERGIZED!

“In September of 2010, after Clementi committed suicide, it was quickly learned that Ravi spied on Clementi while he had a male guest in their Rutgers’ freshman dorm room. The story exploded on the national conscience as a case of homophobic cyberbullying, and Ravi was cast as the arch-villain.”

“Half of directing is casting.” — Robert Altman

“Last Friday, after a month-long trial in which Ravi did not testify in his own defense, he was convicted of all 15 counts of privacy invasion, investigation tampering and bias intimidation. He faces a 10-year jail term, with sentencing set for May 21. Prior to the trial, he turned down a plea deal that would have kept him out of jail. But he had to admit to charges of bias intimidation.
“I’m never going to regret not taking the plea,” Ravi said emphatically. “If I took the plea, I would have had to testify that I did what I did to intimidate Tyler and that would be a lie. I won’t ever get up there and tell the world I hated Tyler because he was gay, or tell the world I was trying to hurt or intimidate him because it’s not true.”

“The Ravi home in Plainsboro is in a typical, modern American suburb. Twenty years ago, the development was all farmland. Today, it is a series of cul-de-sacs named after flowers; not far away is a start-up “downtown” not much older than the development itself.
The Ravi family lives in a brick, center hall Colonial with manicured landscaping and a basketball hoop on the front brick patio. The family has a yellow Labrador Retriever that barks incessantly at visitors,”

I hope you weren’t treating him like Mitt did Shamus.

“and there are pictures of Dharun and his 10-year-old brother hung through the house.
When the school bus pulls up outside, it lets out a multicultural mix of children.
“My high school (West Windsor-Plainsboro High School North) has all kinds of kids,” said Ravi, dressed in blue jeans and a black pullover. “There were a lot of Indians, Chinese, Korean kids, some Hispanic, white kids. It’s hard to form hate when you grow up around so many different kinds of kids.”

No it isn’t — as your trail of posts and “Tweets” proves. You complained that he was “poor” — solely on the basis of the fact he wasn’t quite in your family’s exalted income bracket. The Clementi family isn’t poor at all.

“Ravi says he didn’t have much experience with gays in Plainsboro, but met a few at Rutgers.
“One of my friends had a gay roommate and I met a gay kid I liked a lot at orientation. They were cool. It was no big deal. Now there’s a verdict out there that says I hate gays. The jury has decided they know what is going on in my mind; they can tell you what you think.”

“Ravi said he decided not to room with one of his friends from high school because he wanted to meet new people, and his only problem with Clementi was his reserved personality.
“Before I went to school I thought my roommate would be my best friend and we would hang out all the time,” he said. “I thought I could expand my circle of friends. But he (Tyler) wasn’t like that. He was very quiet and every conversation we had just hit a dead end.”

See? Had he been more willing to put up with your bullying he’d still be alive today, right?

“During the course of the trial, Ravi’s attorney, Steve Altman, maintained Ravi was “just a kid, doing the stupid stuff kids do,” but that he was also put off by the appearance of Clementi’s guest, a 30-year-old man known only as M.B. that the Rutgers freshman met on a gay dating Internet site.
In today’s interview, with Altman by his side, Ravi agreed Clementi’s sexuality was never the issue.
“If it was a girl who came to the room and she looked as strange as M.B., I would have done the same thing,” he said.”

And after the Brooklyn bridge I’ve got some swampland in Florida for ya.

“The issue, he says, was M.B.
When Rutgers police first came to his room because Tyler was missing, Ravi said he feared “it had something to do with M.B.”
“I thought it was something sinister, that maybe he got mixed up with the wrong guy,” Ravi said. “I told one of my friends, ‘I wish I recorded (the first incident, on Sept. 19) so I would have an image of the guy (M.B.) to give to the police.” 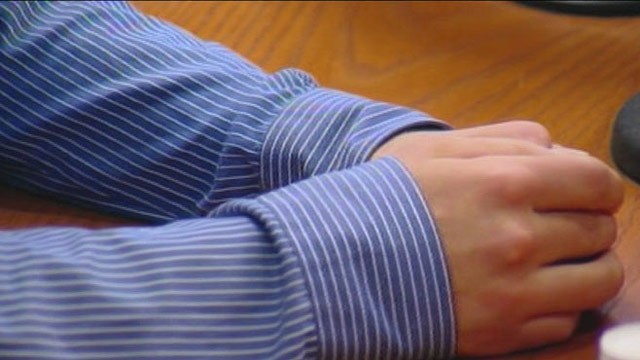 “On the night of the first incident, Ravi’s co-defendant, Molly Wei, testified they only watched the webcam images for scant seconds, then shut it down when they saw the men were kissing. Ravi’s defense has always been that he was worried about his iPad and other stuff in his room when he saw M.B., who looked “shady” to him.”

“Wei later opened up the camera for a second view, which was seen by about five people. Ravi today said he was not in the room for that second view, in which the men were still kissing but shirtless.”

“I didn’t mind because I knew I had (ultimate) Frisbee practice, but I remember thinking, if this is going to be every other day, it’s going to be a problem. But I didn’t want to confront him because it was already difficult to talk to him.”
Ravi says the tweet he sent to friends suggesting they tune into his webcam to see Clementi with M.B. was a joke, but one in which he severely underestimated the effect on Tyler.

“I knew my friends would think it was a joke because they know my sense of humor,” he said. “But eventually I thought it was stupid, so I went back into the room and pointed the camera back at my bed.”

LIAR! It was Clementi who moved the camera.

Asked this question, “What were you thinking?” Ravi candidly stated, “I wasn’t.”
“At that point, I got caught up in what I thought was funny, and my own ego.”
Known as a computer whiz among his friends, Ravi admitted he was trying to show off.
“I never really thought about what it would mean to Tyler,” he said. “I know that’s wrong, but that’s the truth.”

“Ravi said he felt almost immediate remorse. “I knew it was stupid so I went in and pointed the camera away from the bed.”
(The images were never shown because the computer went dead. Clementi would text friends that he pulled the plug; the defense maintained Ravi put it on “sleep” before the plug was pulled.)”

Nothing like a lawyer to back up a lie.

Ravi said his second wave of remorse came when he realized Tyler found out about his prank.
“I didn’t want to upset him,” Ravi said. “I never thought he would find out. I figured I would tell him later and we would laugh about it.”

So funny we forgot to laugh “When Tyler did find out, he asked for a room change, and Ravi said he wanted to talk him out of moving.
“One of the most frustrating parts is that he never got my apology,” Ravi said. “I texted an apology and when he didn’t answer, I e-mailed him. I told him I didn’t want him to feel pressure to have to move and that we could work things out.”
The text was shown in court.”

Along with the alterations Ravi made ex post facto to try and cover his tracks.

“Of course, Ravi said, the greatest remorse came when he found out Tyler was dead.
“I’m very sorry about Tyler,” he said. “I have parents and a little brother, and I can only try to imagine how they feel. But I want the Clementis to know I had no problem with their son. I didn’t hate Tyler and I knew he was okay with me. I wanted to talk to his parents, but I was afraid. I didn’t know what to say.
“At first, I actually thought I could be helpful because as far as I knew, I was the last one to see him alive.”

Maybe he met someone “shady” at the George Washington Bridge.

“On that night, Clementi came back to their room, dropped off his backpack, then left.
“The last time I saw him he seemed completely normal,” Ravi said. “We didn’t say much, and then he was gone.”

YOU SAID ENOUGH TO MAKE HIM WANT TO KILL HIMSELF!!!!!!

(I’m sure you all know what’s coming next)