But For Whom Charlie

The intense internalized homophobia of Patient Less Than Zero should be no surprise to anyone. Not even Kevin Sessums. Likewise Maher’s ineffectuality. Rather surprised that Glenzilla is “sitting this one out” as it were. But the Ravi case has opened the generally dormant Class Fissures in that most sublime of fictions “The Gay Community.” Take Charlie Kaiser for instance. And I don’t mean “please.” 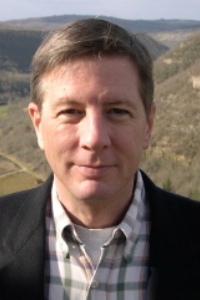 A charming fellow, no? Here he is with Rick Hertzberg and Steve Clemons

And he’s a really good writer too. “The mixed reaction to the conviction of a New Jersey college student of a hate crime, after he spied on his gay roommate while he was having sex, has revealed an interesting generational split in the gay community.
Many people my age, who grew up in the ’50s and the ’60s, when nearly everyone felt they had to be in the closet, seem to be sympathetic to the idea that a conviction that will discourage the kind of behavior Dharun Ravi engaged in is a good thing. The fact that his roommate committed suicide the day after the spying occurred, by throwing himself off the George Washington Bridge, certainly contributed to the climate that made many people satisfied by Ravi’s conviction.
But quite a few younger gays — 20-somethings — seem more interested in a nuanced interpretation of Ravi’s behavior, and much more concerned that he faces the possibility of a 10-year prison sentence.”

Charlie he’s NOT going to prison for ten years. That’s the maximum sentence for the worst possible circumstance of the crimes for which he has been convicted. Being a first-time offender he’s up for five years or less Max. And all things considered it will most likely be a suspended sentence with less actual jail time than Paris Hilton. Cut the melodramatics. This isn’t

“It’s partly their closeness to the age of the defendant that makes them empathetic to the perpetrator of an offensive prank, which may have sparked a catastrophic outcome.
But this is also a generation of gay people who grew up recognizing three distinct groups among their straight peers: supporters, neutrals and committed And despite the jury’s verdict, they remain unconvinced that Ravi belongs in that third category. They are also more skeptical about the connection between Ravi’s spying and the subsequent suicide of Tyler Clementi. “We don’t really know why Clementi jumped from that bridge,” is a typical assessment.”

Translation: “We don’t WANT to know!”

After his conviction, Ravi told the New Jersey Star-Ledger, “I won’t ever get up there and tell the world I hated Tyler because he was gay, or tell the world I was trying to hurt or intimidate him, because it’s not true.”

No, because no one of your class ever says that out loud. Only in tweets like “Keep the gays away.”

“Many younger gay men believe him: They say the seemingly anti-gay messages Ravi sent to his friends fall far short of proving the kind of hatred they think is worthy of a hate crime conviction.”

In the immortal words of Jean-Luc Godard

“I’ve seen so much worse,” Tyler Picone told Ian Parker for a piece about the case in The New Yorker.
“The stuff that Dharun says is understandable, in a sense. If you find you’re sharing a room with somebody gay, and you haven’t been raised in an open home, you’re going to say, ‘Oh my God, what am I going to do?’ “

“Writing in Slate, 24-year-old gay editor and columnist J. Bryan Lowder said that while he certainly was not “excusing Ravi for his actions,” he believes that “these civil rights statutes are being stretched to go after teenagers who acted meanly, but not violently. This isn’t what civil rights laws should be for. … We live in a world that validates adult bullies all the time.”
It was also Lowder who said the precise reason for the boy’s suicide is ultimately unknowable. “Based on the evidence that we do have, the image of Ravi as a malicious homophobe getting his just deserts looks dubious at best.”

I’ve already weighed in on Lowder.

“The most fascinating and tragic thing regarding every story that involved a gay individual targeted by way of homophobia is somehow, someway it is ALWAYS twisted into blaimg the gay, and justifying the homophobic actions of the accuser.
*Matthew Shepard’s senseless killing was spun into him being a druggie who was coming on to his accusers (false, and confirmed as a false speculation by the investigators, but that sure didn’t stop the homophobes)
*Larry King child shot in the back of his head after relentless bullying in school. He was painted as over the top, obnoxious, coming on to his cold blood killer and making the killer feel uncomfortable (false, and a twisted spin on the facts)
*Tyler Clementi painted as some mentally disturbed, nutcase who was going to commit suicide either way, and his killer was simply a fun loving kid just having fun, being a kid, and Tyler was weak and couldn’t handle a prank. Even though his roomate made his discomfort with gays obvious
Notice a pattern with EVERY single high profile tragic case involving the death of a gay person? by the end of the twisting and spinning, the homophobe is the victim and the gay person “had it coming”

“The complex point of view of this younger generation demonstrates how far we have come from the black and white world of the 1950s, when anti-gay prejudice was so commonplace that even the American Civil Liberties Union refused to oppose an executive order in 1953 when the federal government banned gay employees in all of its agencies and all of their contractors.”

e-mail me at cllrdr@ehrensteinland.com with the answer. If you guess correctly you’ll win a prize!

“A new generation of gay people believe that Ravi is far from being an outright bigot. They see his acts as immature and unfortunate, but they reject the view of the New Jersey jurors who decided he should be punished for hate.
Ravi refused a plea bargain that could have spared him a prison term, but would have required him to plead guilty to a crime that he believes he did not commit. The usual practice in criminal courts across America is to punish someone with a harsh prison sentence when he is convicted by a jury after he has declined such a bargain.
But my younger friends have convinced me that Ravi deserves a more nuanced punishment.”

“Since Ravi insists he is without prejudice, he should be sentenced to speak at a different high school every week for a year. The nightmare he has already experienced makes him the perfect person to share a vital lesson: You don’t have to hate gay people in your heart to cause misery to others. Just the perception that you are anti-gay can sometimes have disastrous consequences.”

Hey Charlie — wanna do one of these?

“Charles Kaiser is an American author, journalist and blogger. His blog about the media, Full Court Press, originated on the website of Radar Magazine in the fall of 2007. He now writes it for the Sidney Hillman Foundation. His main interests include The New York Times, alleged torture conducted by the Bush administration, American politics, the French Resistance, Bob Dylan, and The Beatles.
Kaiser is a former reporter for the New York Times and the Wall Street Journal, and a former press critic for Newsweek. He has also written for The Washington Post ,the Los Angeles Times, The New York Observer, New York magazine, Vanity Fair, the Columbia Journalism Review and many other publications.
He first started writing for The New York Times when he was an undergraduate at Columbia University. He has taught journalism at Columbia and Princeton.
The son of a diplomat, Philip M. Kaiser, he grew up in Washington, D.C., Albany, New York, Dakar, Senegal, London, England and Windsor, Connecticut. He has lived on the Upper West Side of Manhattan for many years.
Kaiser is the author of 1968 In America, and The Gay Metropolis (both available from Grove Press). The Gay Metropolis was a Lambda Literary Award winner, as well as a New York Times Notable Book of the Year. In 2007 he was a memorable guest on the Colbert Report, where he discussed a new edition of The Gay Metropolis. He considers George Orwell to be the greatest journalist of the 20th Century”

But seriously Charlie how’s about an “It Gets Better”?