I trust you’ve heard about all the “trouble” Dan Savage got himself into.

They’re just so sensitive over there about not offending anyone.

Anyone who worships a flesh-eating zombie — like Joel Osteen for instance.

Yes, being gay is a “SIN!”
But Joel doesn’t “hate” us. He doesn’t have to. After all we’re going to “Hell” aren’t we? And hey — he thinks we should have hospital visitation rights. For there’s nothing gayer than a hospital.

See? He’s not political at all.

And it ought to be taxed as such.

But unless somethng drastic happens to this culture that won’t happen .

And I’m sad to say Dan isn’t interested in the drastic.

“I would like to apologize for describing that walk out as a pansy-assed move. I wasn’t calling the handful of students who left pansies (2800+ students, most of them Christian, stayed and listened), just the walk-out itself. But that’s a distinction without a difference—kinda like when religious conservatives tells their gay friends that they “love the sinner, hate the sin.” They’re often shocked when their gay friends get upset because, hey, they were making a distinction between the person (lovable!) and the person’s actions (not so much!). But gay people feel insulted by “love the sinner, hate the sin” because it is insulting. Likewise, my use of “pansy-assed” was insulting, it was name-calling, and it was wrong. And I apologize for saying it.”

DON’T! There’s no distinction whatsoever. Especially as the walk-out was clearly planned from the start.

“As for what I said about the Bible…
A smart Christian friend involved politics writes: “In America today you just can’t refer, even tangentially, to someone’s religion as ‘bullshit.’ You should apologize for using that word.”
I didn’t call anyone’s religion bullshit.”

You should have because it’s all bullshit. Worshipping a flesh-eating zombie is BULLSHIT!

“I did say that there is bullshit—”untrue words or ideas”—in the Bible. That is being spun as an attack on Christianity. Which is bullshhh… which is untrue. I was not attacking the faith in which I was raised.”

You attack the culture in which you were raised by being gay. Your very existence is an attack — why deny it? Just as you’ve thrown off the shackles of the Heterosexual Dictatorship, likewise the shackles of the Totalitarian Fairy Tale called “Christianity.”

“I was attacking the argument that gay people must be discriminated against—and anti-bullying programs that address anti-gay bullying should be blocked (or exceptions should be made for bullying “motivated by faith”)—because it says right there in the Bible that being gay is wrong. Yet the same people who make that claim choose to ignore what the Bible has to say about a great deal else. I did not attack Christianity. I attacked hypocrisy. My remarks can only be read as an attack on all Christians if you believe that all Christians are hypocrites. Which I don’t believe.

But Christianity IS Hypocrisy!!!

There was this interent rabbi, mentioned nowhere in history outside of a serious of folk tales selectively collected calld “The Gospels” who said all sorts of perfectly reasonable things about loving one’s neighbor, giving to the poor and praying in private. He made no admonishment of homosexuality because, as I have pointed out he was gay himself.

Provided of course he existed at all, which is doubtful.

“On other occasions I’ve made the same point without using the word bullshit…
We can learn to ignore what the bible says about gay people the same way we have learned to ignore what the Bible says about clams and figs and farming and personal grooming and menstruation and masturbation and divorce and virginity and adultery and slavery. Let’s take slavery. We ignore what the Bible says about slavery in both the Old and New Testaments. And the authors of the Bible didn’t just fail to condemn slavery. They endorsed slavery: “Slaves obey your masters.” In his book Letter to a Christian Nation, Sam Harris writes that the Bible got the easiest moral question humanity has ever faced wrong. The Bible got slavery wrong. What are the odds that the Bible got something as complicated as human sexuality wrong? I’d put those odds at about 100%.
It shouldn’t be hard for modern Christians to ignore what the bible says about gay people because modern Christians—be they conservative fundamentalists or liberal progressives—already ignore most of what the Bible says about sex and relationships. Divorce is condemned in the Old and New Testaments. Jesus Christ condemned divorce. Yet divorce is legal and there is no movement to amend state constitutions to ban divorce. Deuteronomy says that if a woman is not a virgin on her wedding night she shall be dragged to her father’s doorstep and stoned to death. Callista Gingrich lives. And there is no effort to amend state constitutions to make it legal to stone the third Mrs. Gingrich to death.
…and maybe I shouldn’t have used the word bullshit in this instance.”

Oh of course you should have. It was perfectly appropriate.

But while it may have been a regrettable word choice, my larger point stands: If believers can ignore what the Bible says about slavery, they can ignore what the Bible says about homosexuality. (The Bible also says some beautiful things that are widely ignored: “Sell what you possess and give to the poor… and come, follow me.” You better get right on that, Joel.)
Finally, here’s Mark Twain on the Bible:
‘It is full of interest. It has noble poetry in it; and some clever fables; and some blood-drenched history; and some good morals; and a wealth of obscenity; and upwards of a thousand lies.’ 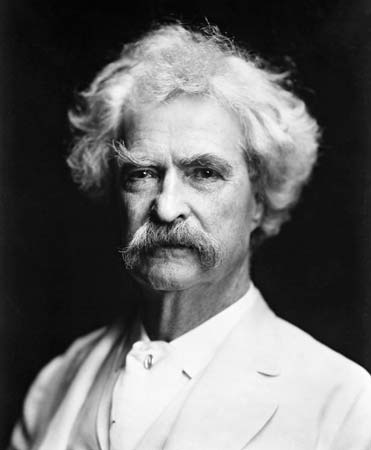 “I’m not guilty of saying anything that hasn’t been said before and—yes—said much better. What is “bullshit” in this context but “upwards of a thousand lies” in modern American English? And while those slamming me most loudly for “pansy-assed” may be on the right, they are also in the right. I see their point and, again, I apologize for describing the walk-out as “pansy-assed.” But they are wrong when they claim that I “attacked Christianity.” There are untrue things in the Bible—and the Koran and the Book of Mormon and every other “sacred” text—and you don’t have to take my word for it: just look at all the biblical “shoulds,” “shall nots,” and “abominations” that religious conservatives already choose to ignore. They know that not everything in the Bible is true.
All Christians read the Bible selectively. Some read it hypocritically—and the hypocrites react very angrily when anyone has the nerve to point that out.”

Stoke up on that nerve, Dan. You’re gonna need it.

A “practising homosexual” named Michael Stipe will sing us out