Pierre Klossowski and The Temple of Doom

Surely most of the facts are not in dispute.

“OSLO, Norway (AP) — The right-wing extremist who confessed to killing 77 people in a bomb and shooting rampage in Norway is not criminally insane, a psychiatric assessment found Tuesday, contradicting an earlier examination.
The new conclusion comes just six days before Anders Behring Breivik is scheduled to go on trial on terror charges for the massacre on July 22, and could prompt prosecutors to seek a prison sentence instead of compulsory commitment to psychiatric care.
It conflicts with an earlier assessment, which found Breivik psychotic both during and after the attacks, and diagnosed him as a paranoid schizophrenic.
The court will take both psychiatric assessments into account during the trial, which starts Monday and is scheduled to last 10 weeks.”

I wonder if his BFF Pam Geller

will be in attendance. Or maybe she’s too busy tending to her hysterically racist blog.

“The new assessment was made by psychiatrists Terje Toerrissen and Agnar Aspaas on a request from the court after widespread criticism against the first diagnosis.
“Our conclusion is that he is not psychotic at the time of the actions of terrorism and he is not psychotic now,” Toerrissen told The Associated Press.
The full report was confidential and the psychiatrists declined to give details on why they reached a different conclusion than the first team of experts that examined Breivik. They said they will present their reasoning when they testify in the trial.
Breivik has confessed to setting off the bomb in downtown Oslo, killing eight, and opening fire at a youth camp outside the Norwegian capital, killing 69. But he denies criminal guilt, saying the attacks were necessary in what he calls a civil war against Islam in Europe.
When prosecutors indicted Breivik on terror and murder charges last month, they cited the first assessment and said they would seek compulsory psychiatric care instead of imprisonment unless new information about his mental health emerged.
Breivik claims he’s not insane and wrote a letter to Norwegian media saying the first review was based on lies.
After the attacks, Breivik told investigators that he was part of a right-wing militant group plotting to overthrow European governments in a “patriotic” revolution that would lead to the deportation of Muslim immigrants from Europe.
Police, however, found no trace of his so-called Knights Templar organization, and say he planned and carried out the attacks on his own.”

And here’s where it gets interesting.

“The Poor Fellow-Soldiers of Christ and of the Temple of Solomon (Latin: Pauperes commilitones Christi Templique Solomonici), commonly known as the Knights Templar, the Order of the Temple (French: Ordre du Temple or Templiers) or simply as Templars, were among the most famous of the Western Christian military orders.The organization existed for nearly two centuries during the Middle Ages.
Officially endorsed by the Catholic Church around 1129, the Order became a favored charity throughout Christendom, and grew rapidly in membership and power. Templar knights, in their distinctive white mantles with a red cross, were among the most skilled fighting units of the Crusades. Non-combatant members of the Order managed a large economic infrastructure throughout Christendom, innovating financial techniques that were an early form of banking, and building fortifications across Europe and the Holy Land.
The Templars’ existence was tied closely to the Crusades; when the Holy Land was lost, support for the Order faded. Rumors about the Templars’ secret initiation ceremony created mistrust, and King Philip IV of France, deeply in debt to the Order, took advantage of the situation. In 1307, many of the Order’s members in France were arrested, tortured into giving false confessions, and then burned at the stake. Under pressure from King Philip, Pope Clement V disbanded the Order in 1312. The abrupt disappearance of a major part of the European infrastructure gave rise to speculation and legends, which have kept the “Templar” name alive into the modern day.”

“The Knights Templar have become associated with legends concerning secrets and mysteries handed down to the select from ancient times. Rumors circulated even during the time of the Templars themselves. Freemasonic writers added their own speculations in the 19th century, and further fictional embellishments have been added in popular novels such as The Lost Symbol Ivanhoe, Foucault’s Pendulum, and The Da Vinci Code; modern movies such as National Treasure and Indiana Jones and the Last Crusade; and video games such as Assassin’s Creed and Broken Sword.”

Can’t speak fo the video games. But The DaVinci Code

is incredibly silly. Likewise Indiana Jones and the Last Crusade, which had the saving grace of River

I much prefer its predecessor, Indiana Jones and The Temple of Doom

And that reminds me — Stephen should get out of his current slump (Tintin and War Horse pleased precious few) with a nice musical. How about ? — 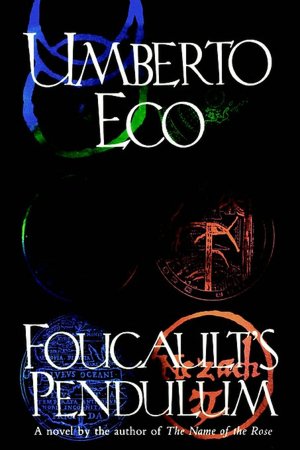 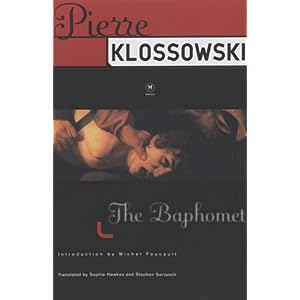 which nominally concerned a being traditional seen as

Putting the goat’s head aside, the major import of this quasi-deity is its hemaphrodite aspect.

This is all best explained by Raul Ruiz

in his The Hypothesis of the Stolen Painting (1979).
Less an adaptation than an “irrational expansion” (as the surrealists would say) of Klossowski’s recit it stars Jean Rouguel — famous for his pivotal role in Fellini’s 8 1/2

(That’s him with Barbara Steele)

and in a small but telling role Jean Reno makes his film debut. He’s cast as a Templar Knight in one of the film’s many tableaux vivants. The thing is Reno is playing one of his actual ancestors.

And now the film. It’s doubtless of little interest to Pam Geller or Anders Behring Breivik — but perhaps to you.

Sing us out Bernadette