Well things aren’t quite that bad these days. Besides there’s been an election that seems destined to right matters. Or rather, left matters.

Paul Krugman, that oasis of sanity at The World’s Worst Newspaper

“The French are revolting. The Greeks, too. And it’s about time.
Both countries held elections Sunday that were in effect referendums on the current European economic strategy, and in both countries voters turned two thumbs down. It’s far from clear how soon the votes will lead to changes in actual policy, but time is clearly running out for the strategy of recovery through austerity — and that’s a good thing.
Needless to say, that’s not what you heard from the usual suspects in the run-up to the elections. It was actually kind of funny to see the apostles of orthodoxy trying to portray the cautious, mild-mannered François Hollande as a figure of menace. He is “rather dangerous,” declared The Economist, which observed that he “genuinely believes in the need to create a fairer society.” Quelle horreur!
What is true is that Mr. Hollande’s victory means the end of “Merkozy,” the Franco-German axis that has enforced the austerity regime of the past two years. This would be a “dangerous” development if that strategy were working, or even had a reasonable chance of working. But it isn’t and doesn’t; it’s time to move on. Europe’s voters, it turns out, are wiser than the Continent’s best and brightest.
What’s wrong with the prescription of spending cuts as the remedy for Europe’s ills? One answer is that the confidence fairy doesn’t exist — that is, claims that slashing government spending would somehow encourage consumers and businesses to spend more have been overwhelmingly refuted by the experience of the past two years. So spending cuts in a depressed economy just make the depression deeper.”

Indeed it does, though our bought-and-paid-for-by-the-Republican-Corporatist “Free Press” would have one believe otherwise, what with their relentless pimping of this oleaginous creep

No use consulting the “Mainstream” for any serious reporting on yesterday’s events. Happily the FaBlog has its Special French Correspondent, the ever-intrepid Dennis Cooper 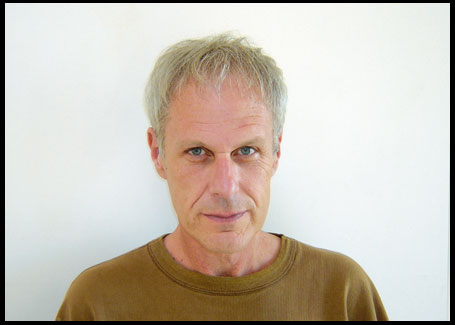 “I’ll give a report on last night, but I’ll keep it as brief as I can because, obviously, the great majority of you are elsewhere where the election’s impact is not anywhere near as seminal. Let’s see … So, okay, I think most of you know that, by French law, elections results can’t be reported until the official announcement of the winner at 8 pm. But, like tons of people, I was following an illegal twitter feed showing the early results all afternoon. By about 6 pm, it was clear that Hollande had won, so I headed off to the Bastille where everyone knew to gather for the announcement and celebration. I’m glad I went early ‘cos I got a good spot fairly near the stage and giant TV screens. As you may have seen via news coverage, the crowd there became absolutely immense by the time the announcement was made. I haven’t seen crowd size estimates yet, but there had to have been half a million people there at minimum. Everyone knew Hollande was going to win, but, still, when they turned on the TV coverage, and when the official announcement was made, people went berserk. Impossible to describe the experience of all that intense joy. It was about Hollande’s win, and it was about France gaining a Socialist government, yeah, ‘cos he’s a decent guy who plans to do a lot of very good things re: education, culture/ arts funding, minority/ women/ LGBT rights, pulling the troops out of Afghanistan, and so on and so forth. But it was also and mostly such a beautiful moment because the belief that it was absolutely necessary to get rid of Sarkozy was shared not only by the vast majority of people on the Left, but also by a majority of Centrists and even a fair number of sane people on the right.

Again, it would be very hard to describe how vile the already hateful Sarkozy became during the election due to his legitimizing of the far right’s racism and xenophobia in his desperate attempt to hold on to power. The idea that he could do that and win was terrifying to people here all across the political spectrum, so the feeling of relief when Hollande won and when France was saved from the consequences that would have resulted if Sarkozy had been rewarded for his greed and moral ugliness was very intense. That’s not to say that a lot of damage has not already been done by him on that front, and the how well FN does in the upcoming parliamentary elections will be a scary test. But, for now, for a few days or for a week or so at least, until we see what Hollande’s government can and can’t and will and won’t do, people here are very happy that France is sane at the top again.

And the right wing media and conservative pundits in the US and elsewhere who are now scare-mongering wildly about how France’s having voted in a Socialist government will trigger the European Union’s collapse and squash everyone’s precious stock markets all over the world and who are spouting all this ignorant, Francophobic, Socialism-phobic garbage and blah blah blah can go suck it, basically.
Hollande’s victory represents a solid, modest, healthy step away from a very bad government and from a very destructive possibility. Anyway, sorry to go on. I really just meant to say that last night was fucking blast and hooray for my adoptive country!

Sarkozy most reminded me of Nixon with some Gingrich mixed in maybe. Anyway, he’s motherfucking outta here. Carla Bruni has so monster-fied her face with plastic surgery now that I’m not sure where else she can go if she decides to bail.”

( star of the greatest motion picture ever made ) can give her some much-needed advice.

And speaking of wives, the great Marcel Dalio’s

will sing us out