Surely the facts mean nothing to this evil slug.

“A former Rutgers University student criticized by a judge for refusing to apologize for using a webcam to spy on his male roommate kissing another man days before the roommate killed himself apologized on Tuesday and said he has accepted responsibility for what he did.
Dharun Ravi, 20, also said he will begin serving a 30-day jail term on Thursday even though he doesn’t have to.”

“Doesn’t have to”? He was sentented to thirty day. HE HAS TO.

So typical of Ravi that even at this late stage of the game he lies with every breath.

“Through a lawyer, Ravi issued his most contrite public statement yet in a case that made him a symbol of what his family called an overzealous prosecution and that made his roommate, Tyler Clementi, a prime example of what gay rights advocates said were the consequences of bullying.”

Consequences to the victim alone. For the bully THERE ARE NO CONSEQUENCES!

“I accept responsibility for and regret my thoughtless, insensitive, immature, stupid and childish choices that I made on Sept. 19, 2010, and Sept. 21, 2010,” Ravi said in his statement. “My behavior and actions, which at no time were motivated by hate, bigotry, prejudice or desire to hurt, humiliate or embarrass anyone, were nonetheless the wrong choices and decisions. I apologize to everyone affected by those choices.”

“at no time were motivated by hate, bigotry, prejudice or desire to hurt, humiliate or embarrass anyone were nonetheless the wrong choices and decisions”

The “Keep the gays away” Tweet wasn’t motivated by hate, bigotry, prejudice or desire to hurt, humiliate or embarrass anyone ?

“After spending two days repeatedly looking at the Twitter feed on which Ravi announced “I saw him making out with a dude. Yay,” Clementi, a shy, talented violinist, threw himself from New York City’s George Washington Bridge on Sept. 22, 2010.
In March, a jury convicted Ravi of all 15 criminal counts with which he was charged, including invasion of privacy and bias intimidation. On two of the intimidation counts, he faced up to 10 years in state prison.”

Which by rights he SHOULD have gotten. And here is but one of many reasons why. “Last week, a judge sentenced him to 30 days in jail beginning May 31. Because the sentence is less than a year, it decreases the chances that federal immigration authorities will seek to have Ravi deported to India, where he was born and remains a citizen.
Prosecutors, finding the sentence too lenient, said they would appeal”

“Ravi’s lawyers have said they expect to appeal the convictions entirely. They say that he was not hateful and that authorities charged him with such serious crimes because of Clementi’s suicide even though he was not charged with the 18-year-old’s death.
Ravi could have remained free during the appeal but instead is volunteering to head to the Middlesex County Jail in New Brunswick.
“It’s the only way I can go on with my life,” he said in the statement.”

I hope that won’t be possible.

“The apology comes as a reversal in course for Ravi, whose story inspired hundreds of people to rally at New Jersey’s State House calling for no prison time and changes in the state’s hate crime laws.”

“When Ravi was sentenced last month, Judge Glenn Berman chastised him for not apologizing for his actions. 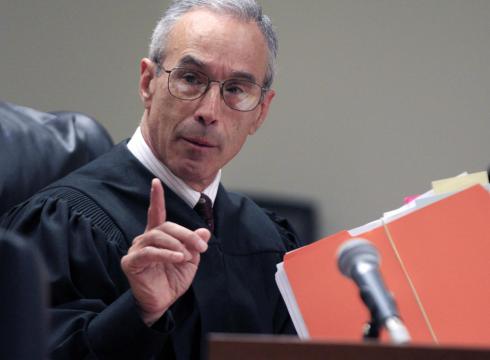 “I heard this jury say ‘guilty’ 288 times,” Berman said, referring to all the sub-parts of the charges Ravi faced repeated 12 times, once for each juror. “And I haven’t heard you apologize once.”
During the court proceeding, Ravi, who expressed remorse in March in a newspaper interview, chose not to address the judge, though he cried as his mother pleaded for mercy from the judge.”

“He told Newark’s The Star-Ledger newspaper in an interview conducted before the sentencing but published afterward that he did not want to say he was sorry during the sentencing because he thought it would sound insincere.”

“The former Rutgers student sentenced this week to 30 days in jail for using a webcam to view his roommate kissing another man says he did not apologize largely because it would have been seen as insincere.
Dharun Ravi told The Star-Ledger in an interview conducted before Monday’s sentencing, but published after it, that anything he would say “would sound rehearsed and empty.”
He did not address the judge when he was sentenced, and the judge criticized his lack of apology.
The case rose to prominence because the roommate, Tyler Clementi, committed suicide days after the September 2010 spying.
During the sentencing, Clementi’s brother James said that hearing an apology this late from Ravi would not be meaningful to him.”

You gotta be sincere Dharun

“On Tuesday, the state’s largest gay rights group, Garden State Equality, said it was happy Ravi had publicly apologized. But Chairman Steven Goldstein said the group was questioning the timing of the apology.”

And I question the sincerity of KAPOS

The statement [AKA PRESS RELEASE!] issued Tuesday by Dharun Ravi, the former Rutgers University student who received a 30-day sentence for his conviction on charges he used a webcam to spy on his roommate kissing another man, days before the roommate killed himself:
“Last Monday, I was sentenced to 3 years probation, 300 hours of community service, a fine of more than $10,000.00, and 30 days in jail. Since the Middlesex County Prosecutor’s Office appealed that sentence, the sentence does not have to start until the appeal is decided. Nevertheless, I decided to accept and hopefully complete the sentence as soon as possible. It’s the only way I can go on with my life.
I accept responsibility for and regret my thoughtless, insensitive, immature, stupid and childish choices that I made on September 19, 2010 and September 21, 2010. My behavior and actions, which at no time were motivated by hate, bigotry, prejudice or desire to hurt, humiliate or embarrass anyone, were nonetheless the wrong choices and decisions. I apologize to everyone affected by those choices. I am surrendering myself to the Middlesex County Correctional Facility on Thursday, May 31, 2012, to start my 30-day period of imprisonment.”

The Maguire Sisters will sing us out