Gone is The Romance That Was So Divine OMG! TOM AND KATIE HAVE RENO ON THE BEANO!

“Tom Cruise and Katie Holmes are divorcing after five years of marriage, reports People magazine. According to the actress’ attorney Jonathan Wolfe, “This is a personal and private matter for Katie and her family. Katie’s primary concern remains, as it always has been, her daughter’s best interest.”

Which is why she’s asking for sole custody?

“Soon after Holmes’ announcement, Cruise released his own statement on the split. “Kate has filed for divorce and Tom is deeply saddened and is concentrating on his three children,” his rep tells People.”Please allow them their privacy to work this out.”

Sure. Why not? Who wants to go near either of you? I certainly don’t.

“Holmes filed in New York on Thursday, and according to TMZ, she is seeking sole custody and “primary residency custody” of Suri, 6, as well as a “suitable amount” of child support. The site also reports that the couple has a prenup. Together, they are worth a reported $275 million, with
Cruise earning the bulk of that.”

“The Hollywood couple wed in a lavish ceremony in Italy in November 2006 with their daughter Suri, then just a baby, by their side.”

“It was the first marriage for Holmes and the third for Cruise, who was previously wed to Nicole Kidman” 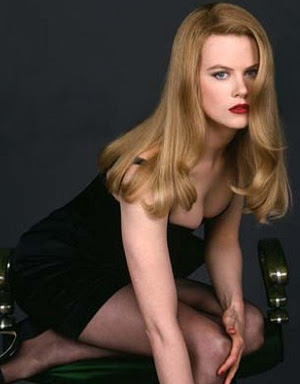 “Cruise, who turns
50 on Monday, and Holmes, 33, have not been seen together in public since February
when they attended an Oscars party together. The actress did not accompany her
husband on the red carpet for any of his “Rock of Ages” premieres”

She must have seen the rough cut

“and was
noticeably absent when he received the Friars Foundation’s Entertainment
Icon Award on June 12 – a big deal
considering he is only one of four people to ever get the honor. Her excuse?
Holmes had to appear at an ice skating event in China.”

“Instead, Cruise brought
along Suri as his date, as well as his 17-year-old son Connor (whom he adopted with previous wife Nicole Kidman). “

“[Katie’s]
in China working,” he said during his speech. “The women are all
working. So Suri is my date this evening. Suri, thank you. My son Connor is
[also] here. You guys really inspire me.”

“Holmes, who has been in New York City with Suri while
Cruise has been filming in Iceland, hasn’t exactly been acting like a woman
upset over the ending of her marriage. In recent weeks, the former “Dawson’s Creek” star has
looked happier than she has in a long time, smiling for the
cameras, walking around Manhattan, and hanging out with pals – which ironically
is exactly how she was living her life before Cruise mysteriously swept her off
her feet in April 2005, just weeks after she split from fiancé Chris Klein”

“On May 23 of that year, Cruise made quite a spectacle of his new love
when he infamously jumped on the couch on “The Oprah Winfrey Show” and pumped
his fists for joy, as he gushed to the talk show host. “What has happened to
you?” joked Winfrey. “This is how I feel about it,” replied an elated Cruise. “I’m
in love!”

“Less than a month later, he proposed to Holmes, then just 26, atop of
the Eiffel Tower in Paris. And if it wasn’t whirlwind enough, in October of
that year, the two announced they were expecting their first child together.
Daughter Suri was born in May 2006. Although Cruise and Holmes often said they
couldn’t wait to have more children, they never did.”

Jonny McGovern will sing us out.