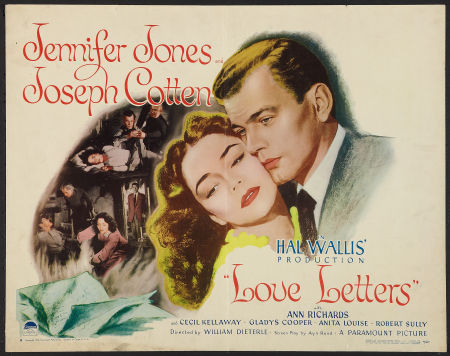 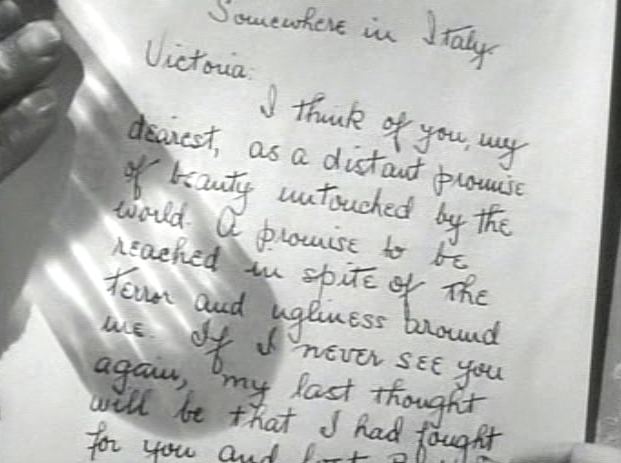 Of course it all depends on what you mean by “love.”

“BELLEFONTE, Pa. – Jerry Sandusky’s trial in the Penn State scandal opened in graphic fashion Monday with the first witness testifying that the retired coach molested him in the locker-room showers and in hotels while trying to ensure his silence with gifts and trips to bowl games.
The man, now 28 and dubbed Victim 4 in court papers, left nothing to the imagination as he told the jury about the abuse he said he endured for five years beginning when he was a teenager in the late 1990s. “I’ve denied it forever,’’ he testified, looking straight at the prosecutor as Sandusky sat motionless nearby.
Sandusky, 68, faces 52 counts that he sexually abused 10 boys over 15 years. The former assistant football coach has denied the allegations. His arrest last year shamed the university and led to the ouster of beloved Hall of Fame coach Joe Paterno and Penn State’s president
In opening statements, prosecutor Joseph McGettigan III told the jury that Sandusky was a “predatory pedophile’’ who methodically used his youth charity, The Second Mile, to zero in on fatherless children or those with unstable home lives, plied them with gifts, and took advantage of them sexually.
Sandusky lawyer Joe Amendola countered that the case is flimsy and that some of the accusers apparently intend to sue and have a financial stake in the case. Victim 4 spoke calmly and firmly under questioning by the prosecutor.
In the car, Sandusky “would put his hand on my leg, basically like I was his girlfriend . . . It freaked me out extremely bad,’’ the man said, extending his arm and pushing it back and forth. “I pushed it away . . . After a little while, it would come right back. That drove me nuts.’’
The man said he met Sandusky through The Second Mile and that they began showering together in 1997. What began as “soap battles’’ quickly progressed to oral sex and other contact, the accuser said, adding that he was 90 or 100 pounds and powerless to resist the advances of the much larger man.
According to the witness, Sandusky tried assaulting him in a hotel bathroom before a bowl banquet in Texas and threatened to send him home when he resisted, warning: “You don’t want to go back, do you?’’ Sandusky stopped only when his wife, Dottie, called out from another room, the witness said.
Eventually, as the man got older and had a girlfriend, he became “basically sick of what was happening to me’’ and distanced himself from Sandusky. They had not spoken since 2002 when, in 2010, he took his girlfriend and 3-year-old son to visit the Sanduskys in what he said was an attempt to convince his girlfriend her suspicions about Sandusky were not true. He said that “backfired’’ when Sandusky gave him a lot of attention and tried to rub his shoulders.”

Surely there’s an innocent explanation for all of this.

“Sandusky suffers from a psychological condition that may explain some of his behavior, including letters written to one of his alleged victims, defense attorneys said in a motion filed Monday.
The motion seeks to keep out testimony involving prosecutors’ allegations that Sandusky exhibited “grooming behavior,” including letters written by Sandusky to Victim 4.
But if the testimony and letters are allowed, attorneys said they intend to offer expert testimony from a psychologist, who “will explain that the words, tones, requests and statements made in the letter are consistent with a person who suffers from a Histrionic Personality Disorder,” according to documents.”

“A source familiar with the case told CNN last week that letters written by Sandusky to Victim 4 could be described as love letters.
According to the National Institutes of Health, Histrionic Personality Disorder is a condition in which “people act in a very emotional and dramatic way that draws attention to themselves.”
“The goal of a person suffering from this disorder in writing those letters would not necessarily to groom or sexually consummate a relationship in a criminal manner, but rather to satisfy the needs of a psyche belabored by the needs of such a disorder,” the motion says.
Prosecutor Joseph McGettigan spoke to jurors before Amendola, telling them, “You’ll hear about systematic behavior by a serial predator,” he told jurors. “These were experiences that took place not over days, not over weeks, not over months … but over years.”
As McGettigan spoke Monday, childhood pictures of eight of the 10 alleged victims were shown on a projector screen, and the alleged victims were identified by their first names.
McGettigan described to the jury the extent of each victim’s contact with Sandusky. Victim 4, received “a multitude of gifts” from Sandusky and accompanied him on trips to the Alamo Bowl and the Outback Bowl, the prosecutor said.
Feelings of humiliation, shame and fear, led to “years of silence” on the part of accusers, the prosecutor said.”

“Trips”? The perfect antidote to humiliation, shame and fear is it not?

Surely a symptom of THIS!

“Histrionic personality disorder (HPD) is defined by the American Psychiatric Association as a personality disorder characterized by a pattern of excessive emotionality and attention-seeking, including an excessive need for approval and inappropriately seductive behavior, usually beginning in early adulthood. These individuals are lively, dramatic, vivacious, enthusiastic, and flirtatious. HPD is most commonly found in the United States and affects four times as many women as men. It has a prevalence of 2–3% in the general population, and 10–15% in inpatient and outpatient mental health institutions.
HPD lies in the dramatic cluster of personality disorders. People with HPD have a high need for attention, make loud and inappropriate appearances, exaggerate their behaviors and emotions, and crave stimulation. They may exhibit sexually provocative behavior, express strong emotions with an impressionistic style, and can be easily influenced by others. Associated features include egocentrism, self-indulgence, continuous longing for appreciation, and persistent manipulative behavior to achieve their own needs.”

I’m sure when he takes the stand he’ll explain those letters and gifts to everyone’s satisfaction.

“BELLEFONTE, Pa. — A school guidance counselor initially didn’t believe the abuse claims brought by one of Jerry Sandusky’s alleged victims because the former Penn State assistant football coach was considered to have “a heart of gold,” the accuser told jurors Tuesday.
The teen, labeled Victim No. 1 by a grand jury, tearfully recounted repeated instances of Sandusky kissing him, fondling him and oral sex, mostly in the basement of Sandusky’s State College home during sleepovers.
Now 18, the witness recounted an early encounter that escalated to oral sex.
“I spaced,” the alleged victim said. “I didn’t know what to do with all the thoughts running through my head, I just kind of blacked out and didn’t want it to happen. I froze.”
As he choked back tears, the sobbing teen recounted another time Sandusky forced him to perform oral sex, after saying it was his “turn.”
“I don’t know how to explain it. I froze, like any other time,” he said. “My mind is telling me to move but I couldn’t do it, I couldn’t move.”
Sandusky faces 52 criminal counts related to the alleged assaults of 10 boys during a 15-year period. Authorities alleged Sandusky abused boys at his home and inside the football team’s on-campus facilities among other places.
The charges against him – and two university officials accused of perjury and failing to report suspected child abuse – touched off a massive scandal that led to the firing of Paterno and the departure of the university president. Paterno died in January of lung cancer, just over two months after his ouster.
The witness Tuesday said he stayed quiet about the abuse, in part because his mother thought Sandusky was a positive influence in his life. But eventually he asked his mother if there was a website used to track sex offenders. That ultimately led to a meeting with a guidance counselor where he said he’d been abused.
At first, the counselor didn’t believe him and questioned the wisdom of going to authorities, the witness said.
“They said we needed to think about it and he has a heart of gold and he wouldn’t do something like that. So they didn’t believe me,” he said.
During cross-examination, defense attorney Joe Amendola questioned whether the teen had financial motives for bringing his accusations, which the teen denied.
“All I know is I’m here to tell the truth about what happened to me, just like everybody else,” he said.
Sandusky didn’t visibly react to the teen’s account and looked straight ahead during his testimony.
The earliest of Sandusky’s alleged victims testified Monday, the trial’s opening day, telling jurors that the coach sent him “creepy love letters” and made him sign contracts that would pay him money for spending time together.
The man said he began showering with Sandusky in 1997 and what started out as “soap battles” quickly escalated to sexual contact, including oral sex.
Lead prosecutor Joseph McGettigan III has described Sandusky as a “serial predator” who methodically used his youth charity, The Second Mile, to zero in on fatherless children or those with unstable home lives, buy them gifts and take advantage of them sexually.
Amendola has countered that the case is flimsy and that some of the accusers apparently intend to sue and have a financial stake in the case – a preview of the battle to come as the defense tries to undermine the credibility of the young men upon whom the case rests.”