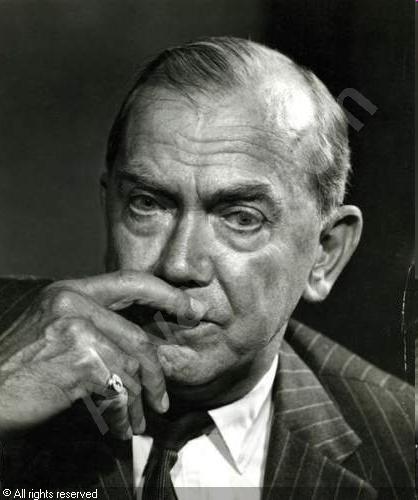 “The owners of a child star are like leaseholders — their property diminishes in value every year. Time’s chariot is at their backs: before them acres of anonymity. What is Jackie Coogan now but a matrimonial squabble? Miss Shirley Temple’s case, though, has peculiar interest: infancy with her is a disguise, her appeal is more secret and more adult. Already two years ago she was a fancy little piece — real childhood, I think, went out after The Littlest Rebel). In Captain January she wore trousers with the mature suggestiveness of a Dietrich: her neat and well-developed rump twisted in the tap-dance: her eyes had a sidelong searching coquetry.

Now in Wee Willie Winkie, wearing short kilts, she is a complete totsy. Watch her swaggering stride across the Indian barrack-square: hear the gasp of excited expectation from her antique audience when the sergeant’s palm is raised: watch the way she measures a man with agile studio eyes, with dimpled depravity. Adult emotions of love and grief glissade across the mask of childhood, a childhood skin-deep.

It is clever but it cannot last. Her admirers — middle aged men and clergymen — respond to her dubious coquetry, to the sight of her well-shaped and desirable little body, packed with enormous vitality, only because the safety curtain of story and dialogue drops between their intelligence and their desire. “Why are you making my Mummy cry?” – what could be purer than that? And the scene when dressed in a white nightdress she begs grandpa to take Mummy to a dance – what could be more virginal? On those lines in her new picture, made by John Ford, who directed The Informer, is horrifyingly competent. It isn’t hard to stay to the last prattle and the last sob. The story — about an Afghan robber converted by Wee Willie Winkie to the British Raj — is a long way after Kipling. But we needn’t be sour about that. Both stories are awful, but on the whole Hollywood’s is the better.”

For his honesty and insiight both Greene and Night and Day, the magazine that published the review, were sued by Shirley Temple’s studio 20th Century-Fox, and her guardians. The magazine was bankrupted and Greene fled to Mexico, where he found the material for his novel, The Power and the Glory. When Greene’s film criticism was collected in the volume “The Pleasure Dome” this review was omitted.

The lesson Greene was trying his best to teach has of course been rigorously ignored. But in recent years

“middle-aged-men and clergy” Have begun to play for their crimes.

“PHILADELPHIA (Reuters) – Monsignor William Lynn was found guilty on Friday of one count of endangering the welfare of a child, making him the highest-ranking U.S. Roman Catholic official convicted in the church child sex abuse scandal.
The jury acquitted Lynn, who oversaw hundreds of priests in the Philadelphia Archdiocese, on two other counts, conspiracy and another charge of child endangerment.
The jury deliberated 13 days before reaching the mixed decision in the trial of Lynn, 61, who for 12 years served as secretary of the clergy. Lynn faces up to seven years in prison on the child endangerment conviction.
Lynn was accused of conspiracy and child endangerment in what prosecutors said was an effort to cover up child sex abuse allegations, often by transferring priests to unsuspecting parishes.
The jury began deliberating earlier this month after hearing 10 weeks of testimony in a trial that re-focused attention on the broader sex abuse scandal that has rocked the Catholic Church, costing billions in settlements, driving prominent U.S. dioceses into bankruptcy and testing the faith of Roman Catholics.
In this case, Lynn’s job was supervising 800 priests, including investigating sex abuse claims, from 1992 to 2004, in the nation’s sixth largest archdiocese, with 1.5 million members.
At the trial, prosecutors argued that Lynn chose to protect the church at the expense of children, in an effort to avoid scandal and potential loss of financial support for the church.
The defense said Lynn tried to address cases of pedophile priests, compiling a list in 1994 of 35 accused predators and writing memos to suggest treatment and suspensions.
He was hampered because he could merely make recommendations to his boss, the head of the archdiocese, Cardinal Anthony Bevilacqua, the defense said. Bevilacqua died in January at age 88.
According to Lynn’s testimony, the cardinal said any mention of an accused priest’s move from a parish should cite health reasons, never the accusations. Testimony also showed Bevilacqua ordered the list of accused priests be destroyed, although a lone copy was found in an Archdiocese safe.
That list proved to be a key piece of evidence.
Prosecutors used it to show the church was well aware of predatory priests and covered up their existence, while the defense used the same list to argue it showed Lynn attempting to stop the problem.
CRISIS OF TRUST
Attorney Marci Hamilton, who represents six alleged victims in the Lynn case, in an interview before a verdict was reached called the Philadelphia trial “a morality play,” and said she is certain it has caught the attention of the Vatican.
“There is this worldwide system of cover up, and they have to be concerned that if this could lead to a conviction in Philadelphia, this could lead to convictions everywhere,” she said.
In recent decades, thousands of cases of child sex abuse by priests have come to light, both in Europe and the United States.
The U.S. scandal erupted in 1992 with a series of sex abuse cases uncovered in the Archdiocese of Boston that helped encourage other victims of abuse to come forward.
Some 3,000 civil lawsuits alleging abuse were filed in the United States between 1984 and 2009. An unknown number of complaints – believed to be vastly more – were settled privately, often with confidentiality agreements, experts say.
The church has paid out some $2 billion in settlements to victims, bankrupting a handful of dioceses. Hefty multi-million sums were paid out by Catholic Archdiocese in Boston, Chicago and Los Angeles. The Diocese of Wilmington, Delaware, declared bankruptcy in 2009, and the Diocese of Milwaukee, Wisconsin, did so in 2011.
Lynn’s trial was noteworthy because of its focus on the role of a church official accused not of molestation but of covering it up. It raises questions of personal responsibility and how far someone such as Lynn could or should have stepped outside the rigors of the
strict obedience to church elders is defensible, experts said.
The decision comes as another jury in Pennsylvania is deciding an even higher-profile child sex abuse case, that one against former Penn State assistant football coach Jerry Sandusky.
In that case, Sandusky is charged with 48 counts of child sex abuse and jurors began deliberations on Thursday.
The scandal resulted in the firing of legendary football coach Joe Paterno and University President Graham Spanier for failing to do more when alerted to suspicions about Sandusky. Paterno, 85, died in January.”

And now a few words, images and sounds from Thomas Mann, Luchino Visconti and Gustav Mahler