Fait Diver: We Are Not Worthy “BERLIN – Gad Beck, an anti-Nazi Zionist resistance fighter and the last known gay Jewish survivor of the Holocaust, died on Sunday in Berlin. He passed away in a senior citizens’ home six days before his 89th birthday, which would have been on June 30.” 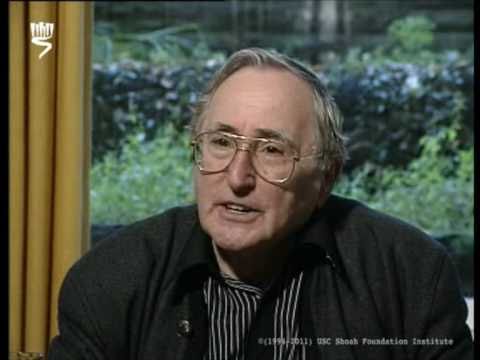 “Beck was a pioneering gay activist and educator in a severely anti-homosexual, repressive post-World War II German society. He was famous for his witty, lively style of speaking.

On a German talk show, he said, “The Americans in New York called me a great hero. I said no… I’m really a little hero.”

Not as little as all that.

“Perhaps the single most important experience that shaped his life was the wartime effort to rescue his boyfriend. Beck donned a Hitler Youth uniform and entered a deportation center to free his Jewish lover Manfred Lewin, who had declined to separate himself from his family.
The Nazis would later deport the entire Lewin family to Auschwitz, where they were murdered.”

Speaking about his life as a gay Jew, Beck invoked a line frequently cited about homosexuality: “God doesn’t punish for a life of love.”

“He was featured in the film The Life of Gad Beck and the documentary Paragraph 175. (The notorious Paragraph 175 of the German Penal Code outlawed homosexuality before Adolf Hitler became chancellor in 1933, and the Nazi party radically intensified the enforcement of the anti-gay law, including deportations to extermination camps.) “Only Steven Spielberg can film my life – forgive me, forgive me,” Beck quipped.

Well what about it Steven?

“He had immigrated to Israel in 1947. After his return to Germany in 1979, the first post-Holocaust head of Berlin’s Jewish community, Heinz Galinski, appointed Beck director of the Jewish Adult Education Center in Berlin.

In a telephone interview on Monday with Judith Kessler, editor of the Berlin Jewish community’s monthly magazine, Juedisches Berlin, she told The Jerusalem Post that Beck would organize gay singles meeting in the center. “He was open, sweet and would speak with everybody,” she said. Kessler, who knew Beck since 1989, added that he would attend the annual Christopher Street Day Parade for gay pride
in Berlin and wave an Israeli flag.

Beck’s father was an Austrian Jew and his mother converted to Judaism.

The Nazi racial laws defined Beck as mischling (half-breed), and he and his father were carted off to a holding compound in the Rosenstrasse in central Berlin. After the non-Jewish wives of the prisoners launched a massive street protest in 1943, Beck was released. There were “thousands of women who stood for days… my aunts demanded ‘give us our children and men,’” he said.

The Rosenstrasse demonstration helped debunk the widespread myth in post-Holocaust German society that resistance against Nazism was futile. “The Rosenstrasse event made one thing absolutely clear to me: I won’t wait until we get deported,” said Beck.”

An important lesson to us all — espcially in a media culture that continues to fetishize Hitler.

“Following his release, Beck joined Chug Chaluzi, an underground Zionist resistance youth group, and played a key role in securing the survival of Jews in Berlin. According to the entry about him at the Holocaust Memorial Museum in Washington, he noted that “as a homosexual, I was able to turn to my trusted non-Jewish, homosexual acquaintances to help supply food and hiding places.”

Shortly before the end of the war in 1945, a Jewish spy working for the Gestapo betrayed Beck and some of his fellow resistance fighters.

He was held captive at a Jewish transit camp in Berlin. After the defeat of Nazi Germany, Beck continued his Zionist work and helped Jewish survivors emigrate to Palestine. He remained in Israel between 1947 and 1979.

Beck is survived by his partner of 35 years, Julius Laufer.”

Gad Beck lived to see the obliteration of Hitler and the rise of LGBT movement world-wide. No question that problems of life and death persist — espcially in Third World homophobic hell holes like Uganda. But Gad Beck’s resolve points the way.
And as he would be the first to remind us — don’t get complacent.