Lana Turner Gets Up

Thanks to the Aurora Massacre there’s been a lot of loose talk about Miss God (see above) and what she was up to regarding it. To take but one example at CNN’s website Holy Dweeb (aka. “Belief Blog Contributor”) Stephen Prothero described as “a Boston University religion scholar and author of The American Bible: How Our Words Unite, Divide, and Define a Nation.” offers few uh “insights”

“Over the last few days, CNN’s Belief Blog has received more than 10,000 responses to its question, “Where was God in Aurora?”
The underlying concern here has vexed theologians for centuries: How can evil happen in a world that is lorded over by a good and all-powerful God? As CNN’s readers struggled to make sense of God’s presence (or absence) in the Aurora, Colorado, massacre, I counted seven different answers to this question:”

“1. There is no God.
Self-professed atheists may make up only 2% of the U.S. population, but they are extraordinarily active online, and on CNN’s Belief Blog. A commenter who identified as Jason spoke for them when he wrote, “Where was God? He was where he has always been. Nowhere because God does not exist.” Bob Dobbs agreed: “God is imaginary. The question is moot.”
Many in this camp also quoted the ancient Greek philosopher (and skeptic) Epicurus: Why not call him George Burns? 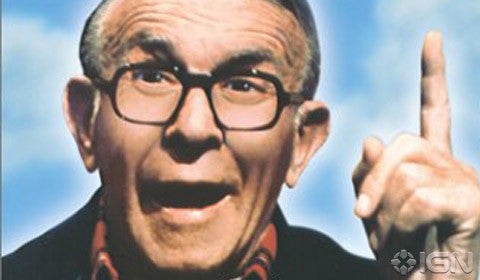 or The Flying Spaghetti Monster? “2. Don’t blame God, blame Satan.
Many theists on the site described the world as a battleground between God, who is working for good, and Satan, who is working for evil. “As long as Satan is loose to promote evil, bad things will happen to good people,” wrote kat.”

Probably the most common response from Christian commenters was that evil is a result of free will. Do we really want to be “puppets” or “robots”? Of course not. So God has given us the will to choose either evil or good.

Believer summed up this position well:
“It’s been said that the only thing we can truly give God is our will because its the only thing we possess that is uniquely ours. Everything else was given to us by him, and is, in effect, not ours to give in the first place. As such, and despite his omnipotence, he cannot intervene. . . . He only possesses power where power can be possessed – and controlling our actions is not within that realm.”
Here Deborah also chimed in: “This act of violence was not God’s will. I get so tried of people blaming God for evil acts. Humans of their own free will do evil things.”

You mean it was because of 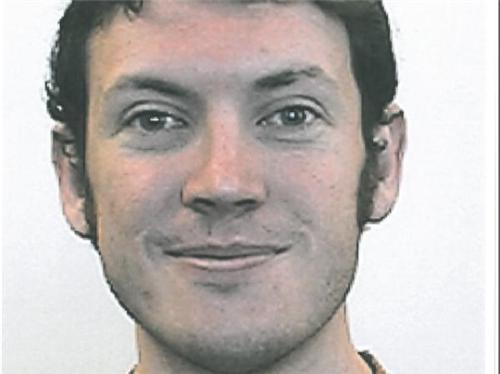 “4. God was behind the massacre, and it was just.
Some believers saw God’s righteous hand in the Aurora massacre, inflicting a just punishment on a wayward nation now run by secular liberals rather than conservative Christians.
Lenny wrote:
“We as a country have been telling God to go away. We told him to get off our currency, get out of our schools, get out of our Pledge of Allegiance, take your Ten Commandments out of our courthouses, get those Bibles out of hotels and no graduation ceremonies in our churches. How can we expect God to give us his blessing and his protection if we demand that he leave us alone?”
Rep. Louie Gohmert, R-Texas,

took a similar tack in an appearance on the Heritage Foundation’s “Istook Live” radio show, laying the blame at the feet of a nation that has turned away from its God:
“You know, when people say, where was God in all of this? Well, you know, . . . we’ve threatened high school graduation participants that if they use God’s name that they’re going to be jailed, we had a principal of a school, and a superintendent or a coach down in Florida that were threatened with jail because they said the blessing at a voluntary off campus dinner. I mean, that kind of stuff… where is God? Where, where? What have we done with God? We told him that we don’t want him around. I kind of like his protective hand being present.”

“5. God was present at the massacre but with the victims, not the perpetrator
One classic claim in the Abrahamic tradition of Jews, Christians and Muslims is that God is with those who suffer – the poor and the oppressed. Some commenters saw God’s miraculous hand in the midst of this suffering, not causing it to happen but bringing it to an end. “This may sound crazy,” wrote Diana, “but I believe God had a hand in that the gun jammed so that more people weren’t killed.”

The most common claim in this category came from peacemaker, who wrote, “God is and was with the victims and s/he is weeping.” In a more explicitly Christian vein, Lauren wrote: “He was there in the theater, pierced by bullets with the victims. He was scarred by the shrapnel. His eyes were scorched with gas and then burned with tears as He mourned alongside the broken.”

“6. Which God?
Some commenters interrogated the question itself, arguing that the knots it twists us into are rooted in what commenter Ego_Death called “a false idea of what God is.” After all, the problem of evil in a world ruled by a sovereign and good God only presents itself if you posit one personal God who is both good and all-powerful
Referring to “our idea of a human-like personal God”

as “an ancient myth,” Northstar56 wrote:
“But just because this kind of God does not appear to exist, does not mean that God, in fact, does not exist. I think many have developed a more mature and realistic perspective . . . in which God exists as a pure fundamental consciousness or state from which all of existence arises. This God does not control anything, but rather continues to perpetually emanate as reality . . . God was present in all of the victims, and everyone else. God was present in the killer as well. The tragedy is that the killer’s awareness was so distorted and twisted that he could not see or be aware of the intrinsic priceless value of every person he gunned down.”
Evoking something more akin to the “watchmaker” God of the deists, who makes the world and its laws and then refuses to intervene in its operation, Norm wrote: “God is not involved in our everyday mundane activities. How arrogant of man to think he’s the center of the universe and has God’s constant attention and every action is ‘God’s will.’”
Taking a different tack, “varun” invoked the teachings of the beloved Hindu scripture the Bhagavad Gita:
“Only the followers of Semitic religions have problem with understanding this – because they do not believe in rebirth and karma. As soon as you introduce these two concepts into (the) picture along with the eternal indestructible soul (something Semitic religions do believe in), everything makes sense. Read Bhagavad-Gita and everything would be as clear as daylight.”

Or as clear as Metro

“7. Who knows? It’s a mystery
Agnosticism is a rare virtue in the United States nowadays, but there were a few commenters who admitted to something less than the absolute certainty exhibited by atheists and evangelicals alike. “The answer,” wrote Terry, “is we don’t know where he was.” Fluffy the Gerbil of Doom saw this “God works in mysterious ways” move as “ultimate cop-out/rationalization,” but I am not so sure.”

“In September 1862, in the midst of a much greater American tragedy, Abraham Lincoln wrote a private “Meditation on the Divine Will” in which he struggled to make sense of what God was doing in the Civil War. He later reworked those reflections into his second inaugural address, one of the greatest speeches in American history.”

Certainly the greatest ever delivered by an undead adept.

“Surveying the corpse-ridden landscape of North and South, Lincoln observed, “Both read the same Bible, and pray to the same God; and each invokes His aid against the other.” Clearly there was little good in slavery, he reasoned, yet equally clearly God was not giving a swift and sure victory to the Union. So what was God up to? In the end, Lincoln had to admit he did not know. Or, as he put it, “The Almighty has His own purposes.”
I suppose this is in a sense a “cop-out,” but it is a humble one, uninfected by the absolute certainties (either pro- or anti-God) that have shed more blood on earth than agnosticism ever will. It is also a classic example of answering a question with a question: What is God doing with this war? Who knows?
“Josephpusateri” also answered our question with a question. His comment was in my view the best of the hundreds I read, so I will end with it here:
“Oh, the blindness of such a question… as if only theodicy was a relevant question in white, American suburbs. Where is God in Afghanistan? Where is God in Gaza? Where is God in Syria? . . . Where is God, indeed.”

“Lana Turner has collapsed!
I was trotting along and suddenly
it started raining and snowing
and you said it was hailing
but hailing hits you on the head
hard so it was really snowing and
raining and I was in such a hurry
to meet you but the traffic
was acting exactly like the sky
and suddenly I see a headline
LANA TURNER HAS COLLAPSED!
there is now snow in Hollywood
there is no rain in California
I have been to lots of parties
and acted perfectly disgraceful
but I never actually collapsed
oh Lana Turner we love you get up”

As for Miss God, let’s give Tom Waits the last musical word.