Well you just know there’s going to be no end of blather about the above. So let’s get serious.

“To say the obvious: Democrats won an amazing victory. Not only did they hold the White House despite a still-troubled economy, in a year when their Senate majority was supposed to be doomed, they actually added seats.
Nor was that all: They scored major gains in the states. Most notably, California — long a poster child for the political dysfunction that comes when nothing can get done without a legislative supermajority — not only voted for much-needed tax increases, but elected, you guessed it, a Democratic supermajority.”

“But one goal eluded the victors. Even though preliminary estimates suggest that Democrats received somewhat more votes than Republicans in Congressional elections, the G.O.P. retains solid control of the House thanks to extreme gerrymandering by courts and Republican-controlled state governments. And Representative John Boehner, the speaker of the House, wasted no time in declaring that his party remains as intransigent as ever, utterly opposed to any rise in tax rates even as it whines about the size of the deficit.
So President Obama has to make a decision, almost immediately, about how to deal with continuing Republican obstruction. How far should he go in accommodating the G.O.P.’s demands?”

“My answer is, not far at all. Mr. Obama should hang tough, declaring himself willing, if necessary, to hold his ground even at the cost of letting his opponents inflict damage on a still-shaky economy. And this is definitely no time to negotiate a “grand bargain” on the budget that snatches defeat from the jaws of victory.
In saying this, I don’t mean to minimize the very real economic dangers posed by the so-called fiscal cliff that is looming at the end of this year if the two parties can’t reach a deal.”

“Both the Bush-era tax cuts and the Obama administration’s payroll tax cut are set to expire, even as automatic spending cuts in defense and elsewhere kick in thanks to the deal struck after the 2011 confrontation over the debt ceiling. And the looming combination of tax increases and spending cuts looks easily large enough to push America back into recession.
Nobody wants to see that happen. Yet it may happen all the same, and Mr. Obama has to be willing to let it happen if necessary.
Why? Because Republicans are trying, for the third time since he took office, to use economic blackmail to achieve a goal they lack the votes to achieve through the normal legislative process. In particular, they want to extend the Bush tax cuts for the wealthy, even though the nation can’t afford to make those tax cuts permanent and the public believes that taxes on the rich should go up — and they’re threatening to block any deal on anything else unless they get their way. So they are, in effect, threatening to tank the economy unless their demands are met.
Mr. Obama essentially surrendered in the face of similar tactics at the end of 2010, extending low taxes on the rich for two more years. He made significant concessions again in 2011, when Republicans threatened to create financial chaos by refusing to raise the debt ceiling. And the current potential crisis is the legacy of those past concessions.
Well, this has to stop — unless we want hostage-taking, the threat of making the nation ungovernable, to become a standard part of our political process.
So what should he do? Just say no, and go over the cliff if necessary.” 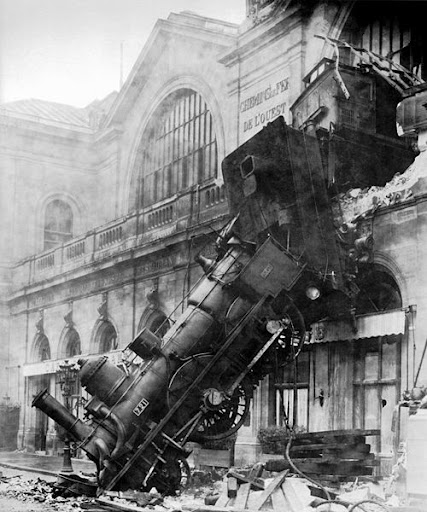 “It’s worth pointing out that the fiscal cliff isn’t really a cliff. “

IOW, THERE IS NO FUCKING “CLIFF” — IT’S A FASCIST PROPAGANDA MEME RELENTLESS SPEWED BY THE “MAINSTREAM MEDIA”!!!!

“It’s not like the debt-ceiling confrontation, where terrible things might well have happened right away if the deadline had been missed. This time, nothing very bad will happen to the economy if agreement isn’t reached until a few weeks or even a few months into 2013. So there’s time to bargain.”

“More important, however, is the point that a stalemate would hurt Republican backers, corporate donors in particular, every bit as much as it hurt the rest of the country. As the risk of severe economic damage grew, Republicans would face intense pressure to cut a deal after all.”

“Meanwhile, the president is in a far stronger position than in previous confrontations. I don’t place much stock in talk of “mandates,” but Mr. Obama did win re-election with a populist campaign, so he can plausibly claim that Republicans are defying the will of the American people. And he just won his big election and is, therefore, far better placed than before to weather any political blowback from economic troubles — especially when it would be so obvious that these troubles were being deliberately inflicted by the G.O.P. in a last-ditch attempt to defend the privileges of the 1 percent.
Most of all, standing up to hostage-taking is the right thing to do for the health of America’s political system.
So stand your ground, Mr. President, and don’t give in to threats. No deal is better than a bad deal.”

Mr. Zimmerman will sing us out.