Yes they can’t stand the fact that the President of the United States is a Nigger — and has won a second term.

Here’s the President they really want.

Well times have changed and even The Moonie Times gets it!

“You may have thought just because the election was over that the silly season was behind us. Wrong. Sore losers are now going to the White House website to petition the government to allow their states to secede from the union. At last count, 40 states were listed as petitioning the government for permission to withdraw.”

BUH-BYE! DON’T LET THE DOOR SLAM ON YOUR RACIST ASSES ON THE WAY OUT!!!

“Of course, the state governments are not asking to leave, for heaven sakes, they understand the ramifications for their states, but their disgruntled citizens, some 500,000 as of now, who don’t like how things turned out on November 6 with President Obama being re-elected are signing up, fast and furious. They want out now.
Texas leads the way with nearly 100,000 people signing a petition for permission from the government to let their people go. And places like Alabama, South Carolina, Missouri, and Louisiana are not far behind with irate citizens looking for sovereignty. The states on these petitions with the most signatures are the Red states where Mitt Romney won his electoral votes.”

Mittens — THIS is your victory!

“There are also a few petitions suggesting that those folks who sign a state petition to secede should be stripped of their citizenship and exiled.

Is Opting Out A Way to Cope With Losing?

Nearly all the petitions have the exact same wording. Have to wonder why. Here is what most petitions say:
“Peacefully grant the State of Texas to withdraw from the United States of America and create its own NEW government.”
Just substitute the name of your home state for Texas and voilà you have a petition. Petitioners also cite as reasons for opting out of the 50 states that make a “more perfect union,” government spending and attacks on their citizens’ civil rights, not specified.
When a petition reaches 25,000 signatures, the government will give that petition a serious look and the White House will e-mail every petitioner. Just don’t look for the federal government to grant the petitioners’ wishes. That would be allowing states to commit what would be political hara-kiri. Can you imagine the country of the United Counties of Texas? Guess, Texans can.
Only Texas Governor Rick Perry can’t. He’s saying, hold on there, pardner, not so fast.”

“His press secretary Catherine Frazier emailed the press about the Governor’s thoughts on secession:
“Gov. Perry believes in the greatness of our Union and nothing should be done to change it. But he also shares the frustrations many Americans have with our federal government.
“Now more than ever our country needs strong leadership from states like Texas, that are making tough decisions to live within their means, keep taxes low and provide opportunities to job creators so their citizens can provide for their families and prosper. We cannot allow Washington’s tax and spend, one-size-fits-all mindset to jeopardize our children’s future, undermine our personal liberties and drive our nation down a dangerous path to greater dependence of government.”
In other words, don’t secede, stay and fight the good legislative fight against Washington.”

Good luck with that.

“Meanwhile, one Texas city is revolting against the revolt. Austin residents have put up this petition: “Peacefully grant the city of Austin Texas to withdraw from the state of Texas & remain part of the United States.”

Do People Know What Secession Would Mean for Their State?

There are a few petitioners in states that voted for President Obama like New York, Wisconsin, or even California who have asked for their states to secede, but they are not attracting the attention that the Texan secessionists are, thanks to Texas’ large numbers of signatures. And, yes, Alaskans have petitioned the right to proclaim themselves independent as well. Like Texas they have always seen themselves as independent and pretty exceptional.” 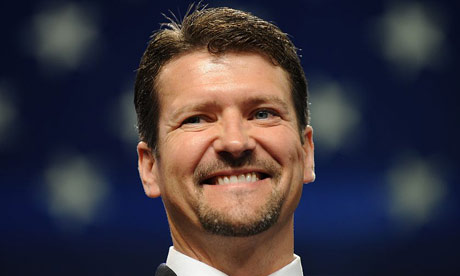 “Most petitions on the White House website, which was to be a place for people to legitimately petition their government for action, have been pretty serious, whether you agree or not: repeal Obamacare, get a college mascot back, stop genetically engineered foods, end the war on coal, or find a cure for childhood cancer.”

Cancer-ridden adults are on their own?

“So do the petitions make the signers feel better? Do they feel they have told President Obama off? Do they really want to secede? Do they even know what secession would mean for their state? Did they ever study the bloody consequences secession can cause? Or did they skip the Civil War in school?
Like Gov. Perry, I would say, “Hold on there, pardner. You are about to cause your state a passel full of trouble.”

But there’s another Tammy number that the America the losers want to leave brings to mind.

All Aboard For The Justified and Ancient States of MuMuLand!