The Last of Mr. Persons

So said Eugene Louis Vidal on learning of the passing of Truman Streckfus Persons in 1984, thus beating Mary McCarthy’s 1980 put-down of Lillian Hellman (“Every word she writes is a lie including ‘and’ and ‘the’ “) in the International Freestyle Literary Dis’ Competition.

“Mean” Eugene was quite right in his assessment of the Persons person. Why else would Vanity Fair feature in its December issue yet another account of Truman’s downfall “Capote’s Swan Dive” by Sam Kashner the better to introduce a recently discovered short story “Yachts and Things” that was part of his “legendary” unfinished (in point of fact barely started ) Answered Prayers. An account of a series of hashish-fueled jaunts taken by Capote and a woman clearly
modeled after Washington Post publisher Katherine Graham it barely rises to the level of “How I Spent My Summer Vacation.” Answered Prayers was supposed to be something more.

For Capote had longed to do for New York society in the 60s’ and 70’s what Proust did to the belle epoque in A la recherché du temps perdu. The thing was Proust waited until everyone he wanted to write about was safely dead before putting pen to parchment. Capote was far too impatient for that.

As every schoolchild from La Jolla to the emerging nation of Chad well knows Answered Prayers was designed as a follow-up to In Cold Blood – his so-called “non-fiction novel” that longed for Dostoyevskian complexity but at heart is simply a long literate True Crime magazine article. Prayers would supposedly do for the “private lives” of postwar swells what its predecessor did for mass murder in the midwest. When “La Cote Basque 1965,”
supposedly the book’s fifth chapter, was published in Esquire magazine in 1975, all heck broke loose – and the only body to be autopsied (albeit metaphorically) was Capote’s own.

An account of lunch at one of NewYork’s then most fashionable restaurants it mixes fictional characters (a male hustler and the female customer taking him to lunch) with real people including Capote pals Gloria Vanderbilt and Carol Matthau. Gossip is naturally the specialite de la maison with chorus-girl-turned-socialite Ann Woodward’s murder of her husband William (she successfully claimed to the authorities that she mistook him for a burglar) a prime conversational topic. Woodward (whose story was retold in full several years later by Dominick Dunne in The Two Mrs. Grenvilles) had killed herself just prior to the appearance of “La Cote Basque 1965″ in Esquire.

Did she know of Capote’s plans? Clutch those pearls!

But Ann Woodward was a side dish. What really caused a commotion was a not-too-well-disguised account of Capote “close personal friend” William Paley’s infidelity – including the salacious detail of bedroom sheets soaked with the menstrual blood of his paramour du jour. Paley’s wife Barbara – known to one and all as “Babe” – never spoke to Capote again – and the upper-crusters who once valued him as court jester to their otherwise tedious revels now dropped him like the proverbial bad habit. Two more Answered Prayers chapters followed “La Cote Basque 1965” into Esquire: “Unspoiled Monsters” and “Kate McCloud.” They created no societal ruckus nor were they of any literary interest – obviously having been cobbled together in haste the better to strike while the success de scandale was hot.

“Truman had recorded in his journals the outline for the entire book, which would comprise seven chapters,” Kashner claims. “The remaining four were titled “Yachts and Things,” “And Audrey Wilder Sang,” “A Severe Insult to the Brain” (which according to urban legend was the cause of death on Dylan Thomas’s death certificate), and “Father Flanagan’s All-Night Nigger Queen Kosher Café,” the provocative title for the teeth-rattling concluding chapter. Truman claimed in his journals he had actually written it first.”

But then he claimed a lot of things.

“Truman’s decline was unstoppable. In addition to his alcohol abuse, he was partaking heavily of cocaine” and Studio 54.”Banished from café society, he embraced this louche, hedonistic world and was taken up by Andy Warhol and the Factory, where drugs flowed as freely as gossip had at La Côte Basque and Quo Vadis. The revelers at Studio 54 didn’t care that Truman had spilled the beans—they didn’t know or care who Babe Paley was.”

But Andy cared who Truman was. He was entranced by the famous photo Harold Halma took for the dust jacket of Other Voice Other Rooms.

Never in his life had he seen anyone so blatant about being a “sissy.” When he got to New York, establishing a reputation as an illustrator and window decorator he more or less stalked Capote – who resolutely ignored him. But Andy wasn’t one to hold grudges, and so decades late he encouraged the now burnt-out shell of a “famous author”

to write for his Interview magazine. Several of the stories made their way into Music For Chameleons – the last volume of Capote published while he was still alive. One of the stories, “Hand-Carved Coffins” – a “real life” murder tale composed by tape recording a la Warhol – was even optioned for the movies. It never reached he screen. But that mattered little. It was all over for Truman anyway.

“In July 1978, Truman appeared in an inebriated state on The Stanley Siegel Show, a local morning talk show in New York. Taking note of Truman’s incoherence during the interview, Siegel, the host, asked, “What’s going to happen unless you lick this problem of drugs and alcohol?” Truman, through the fog of his own misery, replied, “The obvious answer is that eventually I’ll kill myself.” The appearance was such a disaster it made headlines: DRUNK & DOPED, CAPOTE VISITS TV TALK SHOW, the New York Post jeered later that day.”

At last Truman was getting the “come-uppance” Eugene had so long desired, complaining of the “mainstream” in a 1978 Gay Sunshine interview “The only thing that they respect, that they put up with, is a freak like Capote, who has the mind of a Kansas housewife and gets all shuddery when she thinks about boys murdering people.” Eugene had done the hard work of writing novels and essays about matters of import both historical (Burr, Lincoln, Julian, 1876) and personal (The City and the Pillar, Myra Brekinridge, Myron, The Smithsonian Institution) plus plays (The Best Man, Visit To A Small Planet) screenplays (Ben-Hur, Suddenly Last Summer) and a memoir, Palimpsest more candid than anything Capote had ever dreamed of
much less attempted.

Other Voices Other Rooms was a passably interesting “coming out” story – but it was no Member of of the Wedding. Likewise “Holly Golightly” of Breakfast at Tiffany’s paled alongside “Sally Bowles” of Christopher Isherwood’s Berlin Stories. House of Flowers the musical he crafted from one of his less cloying short stories with the great Harold Arlen is exquisite. The Grass Harp wasn’t a patch on the bucolic fantasies James Purdy created. But Kenward Elmslie and Claibe Richardson made a nice musical out of it. Still there was Beat the Devil. His adaptation of James Helvik’s novel made for a sensational screenplay for John Huston
and a stellar cast.

Had he the inclination and kept away from the air-conditioning repairmen Eugene insisted he kept falling “tragically in love with” Capote might well have had a Hollywood career. The career he really wanted, however, was as a party-thrower, as “Yachts and Things” reminds us. For on November 26, 1966 he threw a masked ball for Katherine Graham at New York’s
Plaza Hotel.

That he was cultivating Graham at this juncture suggests he’d set his sites on the way journalism and “fame” intersected. According to the “reports” Truman spoon-fed to a credulous-as-ever media the guest list would be a literal “Who’s Who.” And it was. 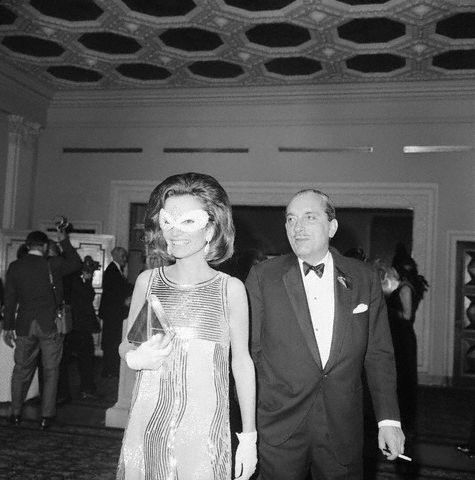 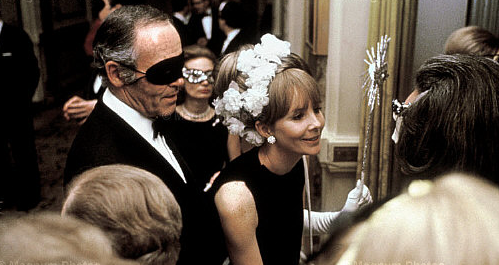 ” ‘There was a slight note of insanity about the party. . .There is just no rational reason why the whole situation escalated.’ No rational reason, perhaps, but certainly some irrational ones. Former Condé Nast editorial director Alexander Liberman suggests, ‘When you think of all the people in New York, there were a tremendous number of exclusions. It titillated a lot of people.’In other words it was a guest list designed to be printed up by press agents. Nothing of interest has ever been reported to have been said or done at Capote’s Masked Ball. Had that been the case it would have gotten in the way, for “As the aristocratic Parisian host Étienne de Beaumont purportedly remarked, ‘A party is never given for someone. It is given against someone.’ “

And who was Truman against? As it turns out, himself .

“After Capote’s death, on August 25, 1984, just a month shy of his 60th birthday, Alan Schwartz (his lawyer and literary executor), Gerald Clarke (his friend and biographer), and Joe Fox (his Random House editor) searched for the manuscript of the unfinished novel. . . “We found nothing,” Schwartz told Vanity Fair. Joanne Carson claims that Truman had confided to her that the manuscript was tucked away in a safe-deposit box in a bank in California—maybe Wells Fargo—and that he had handed her a key to it the morning before his death. But he declined to tell her which bank held the box. “The novel will be found when it wants to be found,” he told her cryptically.”

And from “Yachts and Things” it’s quite clear it doesn’t.

The “Masked Ball” is over.

Audra McDonald will sing us out.