“Dr. Brooks Will See You Now”

And what a piece of work is Brooks whose objections to the beleaguered Chuck Hagel

“Americans don’t particularly like government, but they do want government to subsidize their health care.”

Especially now with all this concern for “Mental Health” in the wake of the Sandy Hook massacre. A concern not shown by the Great God Ronnie

who decimated such facilities back in the day.

“They believe that health care spending improves their lives more than any other public good. In a Quinnipiac poll, typical of many others, Americans opposed any cuts to Medicare by a margin of 70 percent to 25 percent.
In a democracy, voters get what they want, so the line tracing federal health care spending looks like the slope of a jet taking off from LaGuardia. Medicare spending is set to nearly double over the next decade. This is the crucial element driving all federal spending over the next few decades and pushing federal debt to about 250 percent of G.D.P. in 30 years.
There are no conceivable tax increases that can keep up with this spending rise. The Democrats had their best chance in a generation to raise revenue just now, and all they got was a measly $600 billion over 10 years. This is barely a wiggle on the revenue line and does nothing to change the overall fiscal picture.”

“As a result, health care spending, which people really appreciate, is squeezing out all other spending, which they value far less. Spending on domestic programs — for education, science, infrastructure and poverty relief — has already faced the squeeze and will take a huge hit in the years ahead. President Obama excoriated Paul Ryan for offering a budget that would cut spending on domestic programs from its historical norm of 3 or 4 percent of G.D.P. all the way back to 1.8 percent. But the Obama budget is the Ryan budget. According to the Office of Management and Budget, Obama will cut domestic discretionary spending back to 1.8 percent of G.D.P. in six years.”

THOSE FUCKING MALINGERERS! IT’S ALL THEIR FAULT!!!!!

Advocates for children, education and the poor don’t even try to defend their programs by lobbying for cutbacks in Medicare. They know that given the choice, voters and politicians care more about middle-class seniors than about poor children.
So far, defense budgets have not been squeezed by the Medicare vice. But that is about to change. Oswald Spengler didn’t get much right, but he was certainly correct when he told European leaders that they could either be global military powers or pay for their welfare states, but they couldn’t do both.”

Good thing we don’t have “The National Health” – right Brooksie?

“Europeans, who are ahead of us in confronting that decision, have chosen welfare over global power. European nations can no longer perform many elemental tasks of moving troops and fighting. As late as the 1990s, Europeans were still spending 2.5 percent of G.D.P. on defense. Now that spending is closer to 1.5 percent, and, amid European malaise, it is bound to sink further.
The United States will undergo a similar process. The current budget calls for a steep but possibly appropriate decline in defense spending, from 4.3 percent of G.D.P. to 3 percent, according to the Congressional Budget Office.
But defense planners are notoriously bad at estimating how fast postwar military cuts actually come. After Vietnam, the cold war and the 1991 gulf war, they vastly underestimated the size of the cuts that eventually materialized. And those cuts weren’t forced by the Medicare vice. The coming cuts are.”

“As the federal government becomes a health care state, there will have to be a generation of defense cuts that overwhelm anything in recent history. Keep in mind how brutal the budget pressure is going to be. According to the Government Accountability Office, if we act on entitlements today, we will still have to cut federal spending by 32 percent and raise taxes by 46 percent over the next 75 years to meet current obligations. If we postpone action for another decade, then we have to cut all non-interest federal spending by 37 percent and raise all taxes by 54 percent.”

Why just look at these figures!

“As this sort of crunch gradually tightens, Medicare will be the last to go. Spending on things like Head Start, scientific research and defense will go quicker. These spending cuts will transform America’s stature in the world, making us look a lot more like Europe today. This is why Adm. Mike Mullen called the national debt the country’s biggest security threat.” 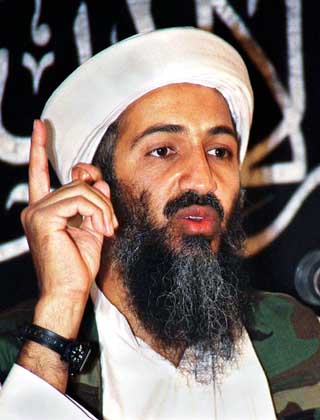 “Chuck Hagel has been nominated to supervise the beginning of this generation-long process of defense cutbacks. If a Democratic president is going to slash defense, he probably wants a Republican at the Pentagon to give him political cover, and he probably wants a decorated war hero to boot.
All the charges about Hagel’s views on Israel or Iran are secondary.”

As are his views on

“The real question is, how will he begin this long cutting process? How will he balance modernizing the military and paying current personnel? How will he recalibrate American defense strategy with, say, 455,000 fewer service members?
How, in short, will Hagel supervise the beginning of America’s military decline? If members of Congress don’t want America to decline militarily, well, they have no one to blame but the voters and themselves.”

Sing us out Lisa