Yes HE’s in the news again.

No, not because of stupid Jimmy Kimmel show and hiscancelling an appearance because of “Duck Dynasty” But rather because of this teriffic interview

The arts have diminished, because we are now living through a time when we are encouraged not to think. No one making music wants to waste time struggling with art. A group like the Sex Pistols would never again be allowed to slip through, and there is no such thing in 2013 as a popular artist who sets their own terms for success. Whether it be Beyoncé or Justin Bieber, we see singers who have absolutely nothing to offer anyone as they walk offstage clutching three Grammys in each hand.

Exchange Mahler and Mozart for The Sex Pistols and I’m with ya Moz.

Everyone is, in fact, alone. Being contractually tied to another person—in marriage, for example—accentuates the loneliness, because you have effectively allowed the state to determine your obligations to someone, as if you can’t trust and manage your own feelings by yourself.

Quite true. Marriage is the surrender of the status quo to the fact of same-sexuality by making it as one with the status quo. This is why Patient Less Than Zero (seen here with hubster in tow) 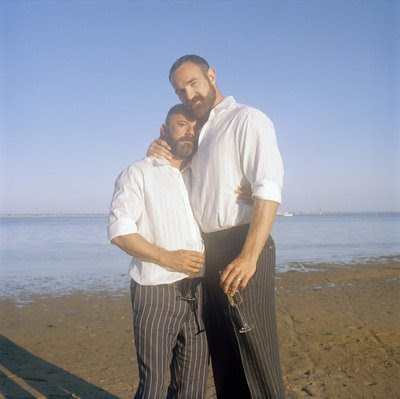 was so hot for it, and constantly declaring its arrival would signal the end of the gay rights movement — which he has always loathed with every fiber of his pathetic being.

Elsewhere in the real world, 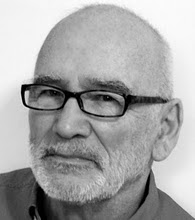 Bill Reed and I have been together for 41 years. What we have is not a marriage. It’s better than that. It’s a lot like Eugene and Howard

(That’s Howard behind Eugene in the above)

It’s something else. Something “other.” Which to me has always been the entire point of gayness, and why marriage (as I have recently pointed out) , is such a dubious proposition

Moz isn’t “Marriage material.” He’s too utterly singular (and therefore free) for something like that. But leave us not forget William E. Jones

and his superb film about Latino Moz cultists Is It Really So Strange?

Their light will never go out

And neither will Moz.