Candy Crowley, her tabby cat face the embodiment of feigned abjection has been getting a lot of criticism for her role in CNN’scoverage of the Steubenville rape trial verdict. But as you can see from this clip the real offender is CNN sob-sister Poppy Harlow 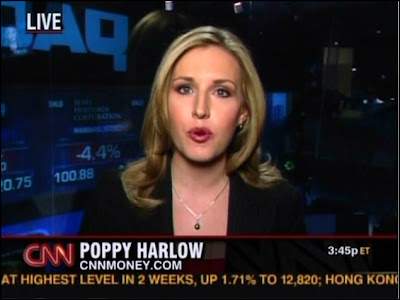 I trust we’re all aware of the narcotic power of poppies.

But before we saun ter into Emerald City, there’s THIS to consider.

Once the rape occurred, the crime never left the Web — and that remains true after a high-profile prosecution returned guilty verdicts for a pair of Ohio high-school football players on Sunday. Their trial is over, yet their crime remains under debate within multiple courts of public opinion.
Yahoo! sports columnist Dan Wetzel, who covered the trial, decried a culture of arrogance in Stuebenville, a Rust Belt town that found its image besieged by national reporters and women’s’ rights advocates as more and more details of the rape tumbled into the public sphere. (Last year, when a New York Times reporter asked the boys’ coach, Reno Saccoccia, why he didn’t discipline the players involved with the rape, the coach came nose-to-nose with a reporter and said: “You’re going to get yours. And if you don’t get yours, somebody close to you will.”)
“A culture of arrogance created a group mindset of debauchery and disrespect, of misplaced manhood and lost morality,” Wetzel wrote of Stuebenville’s proud football culture after the verdict. “Drunk on their own small-town greatness, they operated unaware of common decency until they went too far, wrote too much, bragged too many times and, finally, on a cold Sunday morning, were hauled out of a small third-floor courtroom as a couple of common criminals.”
Other commentators around the country expressed relief at the verdict, but continued outrage at the crime, and at a culture of arrogance many think extends beyond Steubenville.

And CNN’s water-carrying for rapist football players is a perfect example of said arrogance.

Take it away Mary Sunshine.