Oh Miss Thing, how you DO go on!

Here’s “what we had in England”

Yes sex between fathers and sons is incest, numbnuts. The ability to procreate isn’t required to do the deed.

“Who would want to marry their son?”

Here’s someone who would know 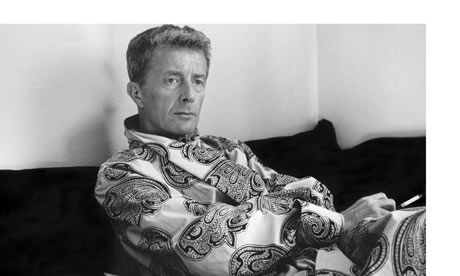 –judging from this truly remarkable story he wrote about incest which he discusses with telling detail here.

“Also a dog that he loves”

Let’s throw some more of Irons on the fire

Jeremy John Irons (born 19 September 1948) is an English actor. After receiving classical training at the Bristol Old Vic Theatre School, Irons began his acting career on stage in 1969, and has since appeared in many London theatre productions including The Winter’s Tale, Macbeth, Much Ado About Nothing, The Taming of the Shrew, Godspell and Richard II. In 1984, he made his Broadway debut in Tom Stoppard’s The Real Thing and received a Tony Award for Best Actor.
Irons’s first major film role came in the 1981 romantic drama The French Lieutenant’s Woman, for which he received a BAFTA nomination for Best Actor. After starring in such films as Moonlighting (1982), Betrayal (1983) and The Mission (1986), he gained critical acclaim for portraying twin gynaecologists in David Cronenberg’s psychological thriller Dead Ringers (1988).

In which he plays identical twins who almost have sex

Here he is talking about Claus. Clearly Barbet was typecasting when he picked Irons to play the sinister lounge lizard.

Where he played a cocktease superbly

In 2006, Irons starred opposite Helen Mirren in the historical miniseries Elizabeth I, for which he received a Golden Globe Award and an Emmy Award for Best Supporting Actor. Since 2011, he has been starring in the Showtime historical series The Borgias.
In October 2011, he was nominated Goodwill Ambassador of the Food and Agriculture Organization of the United Nations.

Irons married Julie Hallam 1969 and subsequently divorcedHe married Irish actress Sinéad Cusack on March 28, 1978.They have two sons, Sam (b. circa 1978), who works as a photographer, and Maximilian Paul Diarmuid Irons (b. circa 1986), also an actor. Both of Irons’ sons have appeared in films with their father – Sam as the eponymous hero in Danny, Champion of the World and Max in Being Julia.

No word at present as to whether either harbor plans to marry their father.

Dad, however, appears to have eyes for Sam

Does Sinead have Reno on the Beano ? (as J.J. Hunsecker would put it)

Irons’ wife and children are Catholic; of himself, he has stated, “I don’t go to church much because I don’t like belonging to a club, and I don’t go to confession or anything like that, I don’t believe in it. But I try to be aware of where I fail and I occasionally go to services. I would hate to be a person who didn’t have a spiritual side because there’s nothing to nourish you in life apart from retail therapy

Take it away Marilyn!