Death Comes For The Grocer’s Daughter No doubt she’d loved to be remembered as Meryl played her. But by then her Alzheimer’s had done its work and there was nothing left of one Augusto Piochet’s greatest fans.

Here she is “in happier times”

Margaret Thatcher, the “Iron Lady” of British politics who pulled her country back from 35 years of socialism, led it to victory in the Falklands war and helped guide the United States and the Soviet Union through the cold war’s difficult last years, died Monday. She was 87.
“It is with great sadness that Mark and Carol Thatcher announced that their mother, Baroness Thatcher, died peacefully following a stroke this morning,” a statement from her spokesman, Lord Tim Bell, said.

Lady Thatcher was the first woman to become prime minister of Britain and the first to lead a major Western power in modern times. Hard driving and hardheaded, she led her Conservative Party to three straight election victories and held office for 11½ years — May 1979 to November 1990 — longer than any British politician in the 20th century.
The tough economic medicine she administered to a country sickened by inflation, budget deficits and industrial unrest brought her wide swings in popularity, culminating with a revolt among her own cabinet ministers in her final year and her shout of “No! No! No!’’ in the House of Commons to any further integration with Europe.

“Feminism has long been associated with talk: combative rhetoric about equal rights, academic analysis of whether men and women are the same or whether women are actually better, that moldy debate over whether it’s possible for women to “have it all,” both career and family. Many a feminist like Germaine Greer or Betty Friedan, and more recently Sheryl Sandberg and Anne Marie Slaughter, has made her mark through writing about gender issues—sometimes to considerable cultural effect, but still more talk. Connotatively, a “feminist” has a chip on her shoulder the size of a two-by-four, never shuts up about “empowerment,” is eternally on the look out for sexist slights, and never considers the possibility that other people might deny her a job or dismiss her opinions because she is personally insufferable. The movement has often obsessed with language, leaving a legacy of awkward “him/her” constructions or faddish but equally sexist Bibles whose God is a “she.” Given the humorless blah-blah-blah the term feminist evokes, it’s little wonder that many young women today avoid the label.
Margaret Thatcher was a real feminist. Not for what she said but for what she did. She did not pursue justice for her gender; women’s rights per se was clearly a low priority for her. She was out for herself and for what she believed in. If we had more feminists like Thatcher, we’d have vastly more women in Parliament and the U.S. Senate, as well as more trees and fewer tedious television talk shows. More “feminists” like Thatcher, the first woman to lead a major Western democracy, and young women would be clamoring to be called one, too.”

Thus revealing the essemtial falw of Femin ism — the belief that a world run by women would be a kinder, gentler one. Thatcher was a murderous monster who delighgted in the suffering of the lower middle classes from which she had escaped. If he is to be seen as the triumph of Feminism than serious young omen today have an excellent reason not to want to be called one.

(Back to the NYT)

But by the time she left office, the principles known as Thatcherism — the belief that economic freedom and individual liberty are interdependent, that personal responsibility and hard work are the only ways to national prosperity, and that the free-market democracies must stand firm against aggression — had won many disciples. Even some of her strongest critics accorded her a grudging respect.

Nothing “grudging” about how anyone with sense feels about the bitch.

At home, Lady Thatcher’s political successes were decisive. She broke the power of the labor unions and forced the Labour Party to abandon its commitment to nationalized industry, redefine the role of the welfare state and accept the importance of the free market.
Abroad, she won new esteem for a country that had been in decline since its costly victory in World War II. After leaving office, she was honored as Baroness Thatcher of Kesteven. But during her first years in power, even many Tories feared that her election might prove a terrible mistake.
In October 1980, 17 months into her first term, Prime Minister Thatcher faced disaster. More businesses were failing and more people were out of work than at any time since the Great Depression. Racial and class tensions smoldered so ominously that even close advisers worried that her push to stanch inflation, sell off nationalized industry and deregulate the economy was devastating the poor, undermining the middle class and courting chaos. 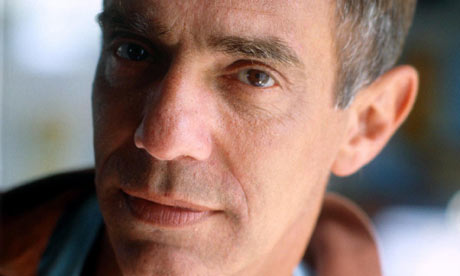 At the Conservative Party conference that month, the moderates grumbled that they were being led by a free-market ideologue oblivious to life on the street and the exigencies of realpolitik. With electoral defeat staring them in the face, cabinet members warned, now was surely a time for compromise.
To Lady Thatcher, they could not have been more wrong. “I am not a consensus politician,” she had often declared. “I am a conviction politician.”

In an address to the party, she played on the title of Christopher Fry’s popular play “The Lady’s Not for Burning” in insisting that she would press forward with her policies. “Turn if you like,” she told the faltering assembly. “The lady’s not for turning.”

Her tough stance did the trick. A party revolt was thwarted, the Tories hunkered down, and Lady Thatcher went on to achieve great victories. She turned the Conservatives, long associated with the status quo, into the party of reform. Her policies revitalized British business, spurred industrial growth and swelled the middle class.

What she swelled was their suffering.

The lucky/happy few found novel ways to fight back.

But her third term was riddled with setbacks. Dissension over monetary policy, taxes and Britain’s place in the European Community (it would later become the European Union) caused her government to give up hard-won gains against inflation and unemployment. By the time she was ousted in another Tory revolt — this time over her resistance to expanding Britain’s role in a European union — the economy was in a recession and her reputation tarnished.

To her enemies she was — as Denis Healey, chancellor of the Exchequer in Harold Wilson’s government, called her — “La Pasionaria of Privilege,” a woman who railed against the evils of poverty but who was callous and unsympathetic to the plight of the have-nots. Her policies, her opponents said, were cruel and shortsighted, widened the gap between rich and poor and worsened the plight of the poorest.

To her unalloyed delight.

Her relentless hostility to the Soviet Union and her persistent call to modernize Britain’s nuclear forces fed fears of nuclear war and even worried moderates in her own party. It also caught the Kremlin’s attention. After a hard-line speech in 1976, the official Soviet news agency Tass gave her a sobriquet of which she was proud: the Iron Lady.
Yet when she saw an opening, she proved willing to bend. She was one of the first Western leaders to recognize that the Soviets would soon be led by a new generation, Mikhail S. Gorbachev, and invited him to Britain. He visited Chequers, the prime minister’s country estate, in December 1984, three months before he came to power. “I like Mr. Gorbachev,” she declared. “We can do business together.”

Because Communosm had failed and he was a businessman — just like her.

Her rapport with the new Soviet leader and her friendship with President Ronald Reagan made her a vital link between the White House and the Kremlin in their tense negotiations to halt the arms race of the 1980s.

Brisk and argumentative, she was rarely willing to concede a point and loath to compromise. Colleagues who disagreed with her were often deluged in a sea of facts, or what many referred to as being “handbagged.”

“She had high standards, and she expected everyone to do their work,” John O’Sullivan, a special adviser to the prime minister, recalled in 1999. “But there was a distinction. She was tougher on her ministers than she was on her personal staff. The more humble the position, the nicer she was.”
Despite her being the first woman to lead a major political party in the West, she rubbed many feminists the wrong way. “The battle for women’s rights has largely been won,” she declared. “I hate those strident tones we hear from some women’s libbers.”

When they call you “strident” it means you’ve won.

She relished being impolitic. “You don’t follow the crowd,” she often said. “You make up your own mind.”
Britain’s arts and academic establishments loathed her for cutting their financing and considered her tastes provincial, her values narrow-minded. In 1985, two years into her second term, she was proposed for an honorary doctorate at Oxford, a laurel traditionally offered prime ministers who had attended the university, as she had. The proposal, after debate among the faculty, was rejected.

Yet her popularity remained high.

Due in no small part to —

“Margaret Thatcher evoked extreme feelings,” wrote Ronald Millar, a playwright and speechwriter for the prime minister. “To some she could do no right, to others no wrong. Indifference was not an option. She could stir almost physical hostility in normally rational people, while she inspired deathless devotion in others.”