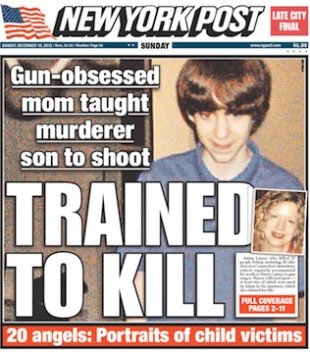 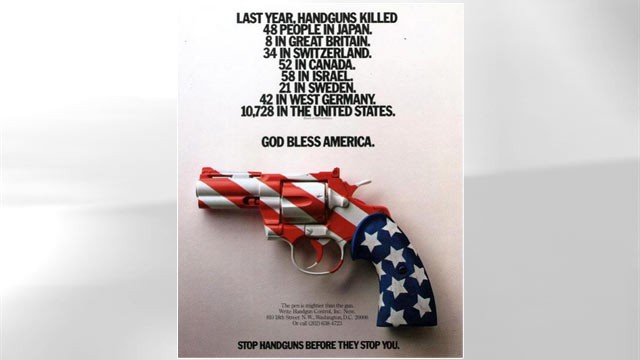 And none of this meant shit to Congress

A wrenching national search for solutions to the violence that left 20 children dead in Newtown, Conn., all but ended Wednesday after the Senate defeated several measures to expand gun control.

In rapid succession, a ban on assault weapons, a ban on high-capacity gun magazines and a bipartisan compromise to expand background checks for gun purchasers all failed to get the 60 votes needed under an agreement between both parties. Senators also turned back Republican proposals to expand permission to carry concealed weapons and to focus law enforcement efforts on prosecuting gun crimes.

Sitting in the Senate gallery with other survivors of recent mass shootings and their family members, Lori Haas, whose daughter was shot at Virginia Tech, and Patricia Maisch, a survivor of the mass shooting in Arizona, shouted together, “Shame on you.” President Obama, speaking at the White House after the votes, echoed the cry, calling Wednesday “a pretty shameful day for Washington.”
Opponents of gun control from both parties said that they made their decisions based on logic, and that passions had no place in the making of momentous policy.
“Criminals do not submit to background checks now,” said Senator Charles E. Grassley, Republican of Iowa. “They will not submit to expanded background checks.”

It was a striking defeat for one of Mr. Obama’s highest priorities, on an issue that has consumed the country since Adam Lanza opened fire with an assault weapon in the halls of Sandy Hook Elementary School in December. 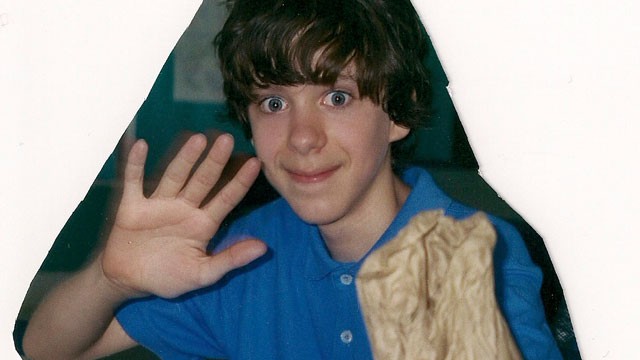 Faced with a decision either to remove substantial new gun restrictions from the bill or to allow it to fall to a filibuster next week, Senate leaders plan to put it on hold after a scattering of votes Thursday. Senator Harry Reid of Nevada, the majority leader and a longtime gun rights advocate who had thrown himself behind the gun control measures, is expected to pull the bill from the Senate floor and move on to an Internet sales tax measure, then an overhaul of immigration policy, which has better prospects.

More than 50 senators — including a few Republicans, but lacking a handful of Democrats from more conservative states — had signaled their support for the gun bill, not enough to reach the 60-vote threshold to overcome a filibuster.

“A filibuster is a type of parliamentary procedure where debate is extended, allowing one or more members to delay or entirely prevent a vote on a given proposal. It is sometimes referred to as talking out a bill and characterized as a form of obstruction in a legislature or other decision-making body. The English term “filibuster” derives from the Spanish filibustero, itself deriving originally from the Dutch vrijbuiter, “privateer, pirate, robber” (also the root of English “freebooter”). The Spanish form entered the English language in the 1850s, as applied to military adventurers from the United States then operating in Central America and the Spanish West Indies such as William Walker.
The term in its legislative sense was first used by Democratic congressman Albert G. Brown of Mississippi in 1853, referring to Abraham Watkins Venable’s speech against “filibustering” intervention in Cuba
The filibuster is a powerful parliamentary device in the United States Senate, which was strengthened in 1975 and in the past decade has come to mean that most major legislation (apart from budgets) requires a 60% vote to bring a bill or nomination to the floor for a vote. In recent years the majority has preferred to avoid filibusters by moving to other business when a filibuster is threatened and attempts to achieve cloture have failed. Defenders call the filibuster “The Soul of the Senate.” Senate rules permit a senator, or a series of senators, to speak for as long as they wish and on any topic they choose, unless “three-fifths of the Senators duly chosen and sworn” (usually 60 out of 100 senators) brings debate to a close by invoking cloture under Senate Rule XXII. According to the Supreme Court ruling in United States v. Ballin (1892), changes to Senate rules could be achieved by a simple majority, but only on the 1st day of the session in January or March. The idea is that on this first day, the rules of the new legislative session are determined afresh, and rules do not automatically continue from one session to the next. This is called the constitutional option by proponents, and the nuclear option by opponents, who insist that rules do remain in force across sessions. Under current Senate rules, a rule change itself could be filibustered, with two-thirds of those senators present and voting (as opposed to the normal three-fifths of those sworn) needing to vote to break the filibuster. Even if a filibuster attempt is unsuccessful, the process takes floor time”

Democratic leadership aides said the effort could be revived if a public groundswell demanded it. “The world is watching the United States Senate, and we will be held accountable,” said Senator Richard Blumenthal, Democrat of Connecticut, who helped lead the gun control effort.
But with the families of Sandy Hook students in the Senate gallery and a flurry of gun rights phone calls flooding Senate offices, it was hard to imagine how much more emotion could be brought to bear. Aides to senators supporting the bill said that only outside circumstances, like another mass shooting, might cause those who voted “no” to reconsider their positions.
“It’s almost like you can see the finish line, but you just can’t get there,” said Andrew Goddard, whose son, Colin, was shot but survived the mass shooting at Virginia Tech. “It’s more annoying to be able to see it and not get to it.”

Mr. Obama — who avoided the gun issue in his first term and focused on proposals he thought had a better chance of passing, only to seize on expansive measures after the Newtown shootings — made last-ditch appeals to senators, including Dean Heller, Republican of Nevada, and Kelly Ayotte, Republican of New Hampshire. Both rejected his entreaties.
Standing in the Rose Garden next to former Representative Gabrielle Giffords and other victims of gun violence, Mr. Obama flashed anger as he said that the gun rights lobby had “willfully lied” about the legislation, and that Republicans and Democrats had “caved to the pressure.”
“But,” he added, “this effort is not over.”
For now, the gun rights lobby has proved more persuasive.

IOW, Meet the REAL President of the UNited States 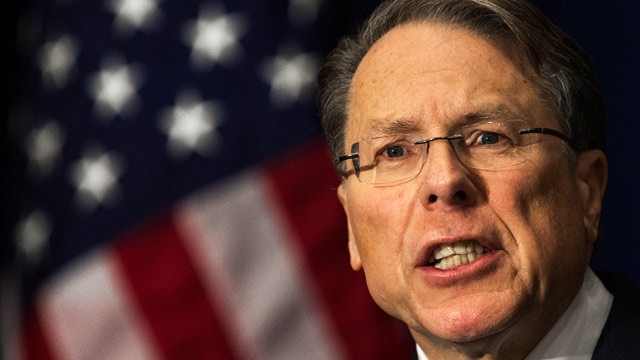 The National Rifle Association mobilized members to blanket the Senate with phone calls, e-mails and letters. The group also spent $500,000 on Wednesday alone, on an advertising campaign criticizing “Obama’s gun ban” and using Mayor Michael R. Bloomberg, a deep-pocketed gun control advocate, as a foil.
“Tell your senator to listen to America’s police instead of listening to Obama and Bloomberg,” the ad said.

The action on Wednesday was initially supposed to be only the first series of votes in a debate that would take days if not weeks. But as the measures’ chances faded this week, Senate leaders decided to rush the process, reaching a bipartisan agreement to hold nine votes in succession, each with a 60-vote threshold for passage.
Using the 60-vote hurdle so early in the process allowed Democrats to prevent the passage of an amendment mandating that any state with a concealed-weapons law, no matter how rigorous, would have to recognize the concealed-weapons permit of residents from any other state.
The amendment received 57 votes in favor, including those of 12 Democrats, and 43 votes against.

Senator Joe Manchin III, Democrat of West Virginia, a lifelong backer of the N.R.A. who also pushed for new restrictions in recent weeks, made one last plea for his amendment, which would extend background checks to Internet and gun show sales. While acknowledging that “the politics are risky,” he called the moment “a defining time in politics, where you know the facts are on your side.”

The bipartisan measure, which had appeared to have a strong chance of passage, received 55 votes before Mr. Reid changed his vote to “no” to preserve the parliamentary right to bring the measure up again. Four Republicans voted “yes”: Patrick J. Toomey of Pennsylvania, a co-author of the legislation; John McCain of Arizona; Mark Kirk of Illinois; and Susan Collins of Maine. An equal number of Democrats voted “no”: Mark Begich of Alaska, Mark Pryor of Arkansas, Max Baucus of Montana and Heidi Heitkamp of North Dakota. All are from states that Mr. Obama lost by wide margins last fall, and all but Ms. Heitkamp face difficult re-election campaigns in 2014.
Debate over the measures consumed the Senate on Wednesday, with speeches from both sides meant to stir emotions. “I choose to vote my conscience,” Mr. Reid said, announcing his decision to vote for the bans on assault weapons and magazines that carry more than 10 rounds of ammunition, “because, if tragedy strikes again — if innocents are gunned down in a classroom or a theater or a restaurant — I could not live with myself as a father, as a husband, as a grandfather or as a friend knowing that I didn’t do everything in my power to prevent it.”
The assault weapons vote was 40 in favor and 60 against. The magazine ban fell with 46 in favor and 54 against.

Even a bipartisan amendment to impose stiff penalties on gun traffickers, which was supported by the N.R.A. and was expected to be adopted by voice vote, instead was defeated, receiving 58 votes, as the partisan lines hardened.
The successive defeats left senators on both sides of the issue dazed and disappointed. Mr. Begich said the Senate could have united behind measures with broad support, like strengthening the existing background check system with more data about would-be gun buyers who have been deemed mentally ill, rather than expanding the checks to sales not now covered. Mr. Begich also cited bolstering school safety, criminalizing gun trafficking and improving mental health programs.
“That’s a lot,” he said. “Is it perfect? No. But it’s a lot.”
Those modest steps, however, were sacrificed because other Democrats did not want to see further-reaching provisions fail at the expense of a package that the gun rights lobby wanted, aides said.

Meanwhile bombs went off in Boston, killing among others this “prop.” Michelangelo Antonioni and Pink Floyd will play us out