As I trust we all know Thatcherian adulterer Niall Ferguson 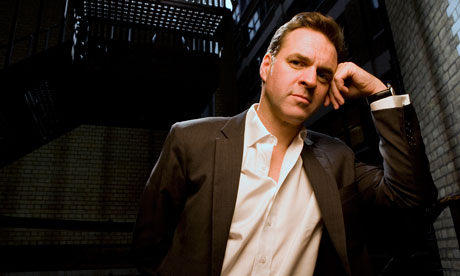 pal of Patient Less Than Zero and somewhat surprisingly Glennzilla as well

Needless to say there was pushback. And so Fergie has, as that most hallowed of media memes would have it “DOUBLED-DOWN”

Last week Harvard professor and Newsweek columnist Niall Ferguson told a group of investors in Carlsbad, California, that the influential 20th century economist John Maynard Keynes came up with bad economy policies because he was gay and childless — a wildly offensive statement that drew rebuke from dozens of respected economists and writers. Ferguson eventually apologized, but in an open letter in Tuesday’s Harvard Crimson, he dug in further on the substance of his claim: that Keynes’s sexuality influenced his economic policies. After addressing his unnamed “critics,” Ferguson wrote:

“Not for one moment did I mean to suggest that Keynesian economics as a body of thought was simply a function of Keynes’ sexuality. But nor can it be true—as some of my critics apparently believe—that his sexuality is totally irrelevant to our historical understanding of the man. My very first book dealt with the German hyperinflation of 1923, a historical calamity in which Keynes played a minor but important role. In that particular context, Keynes’ sexual orientation did have historical significance. The strong attraction he felt for the German banker Carl Melchior undoubtedly played a part in shaping Keynes’ views on the Treaty of Versailles and its aftermath.”

Chaque a son GOO, but Melchior’s not exactly Alain Delon

Ferguson is not making a new argument here. As highlighted by economists Justin Wolfers and Brad DeLong, Ferguson advanced the same line in one of his books and in a 1995 article for The Spectator. Ferguson goes on to show that he has written about other gay people in history (apparently without controversy) and that Keynes himself could be politically incorrect, once referring to Poland as “Jew-bait[ers].” But he otherwise seems to have missed the essence of the criticism aimed at him: that unfounded beliefs about sexual orientation — that gay people are diseased; that they molest children at a higher rate — have long been used to marginalize gay people and their accomplishments. In Ferguson’s case, it was the belief that being gay means you don’t actually care about the welfare of children or the future of mankind.
Now, it’s certainly possible that Keynes’s modified his views toward German reparations because he was attracted to a German banker. That banker could have been very attractive! But even then we’re talking about attraction generally — not Keynes’s sexual orientation. Trust us: nobody was discussing Bill Clinton’s sexual orientation when he admitted to an “improper relationship” with a White House intern in 1998. People were talking about infidelity and deceit — both of which people of all sexualities are capable of.
Ferguson has never backed down easily. In 2012 he briefly gripped the media’s attention by sparring with Paul Krugman and others over an error-filled essay Ferguson wrote for Newsweek, and in 2011 he feuded at length with the London Review of Books over a negative review of his book Civilization. Tuesday’s letter suggests that, once again, he’s ready to battle his critics in public.

As for John Maynard Keynes and his set, let us look to a Supreme Gay Authority — Derek Jarman

and his penultimate film

Call it “Music To Destroy The Economy By”