The Snowdens of Yesteryear

KIRKWALL, Orkney Islands—Never mind why, but a few days ago I found myself in the far northern reaches of the British Isles, standing in a cathedral dedicated to St. Magnus of Orkney. The cathedral is the work of his nephew, St. Rognvald, and it dates back to a time when the Orkneys were a Viking kingdom. Though made of soft sandstone—some of the sculpture on the outside has been worn down by the wind—it’s still standing, more than 800 years later, a monument to a martyred earl and his sainted relative, men whose names would otherwise have been long forgotten.

Magnus of Orkney? What about Beryl of Sussex?

The desire for martyrdom—and for the long-lasting fame that sometimes comes with it—is common to all cultures. It’s one of those human instincts that can be used for good or for ill. Soldiers sacrifice themselves to save their comrades; mothers starve so their children can eat. Dissidents, tragically, set themselves alight to call attention to their causes—but suicide bombers, cruelly, kill innocent bystanders as well as themselves in order to make a different sort of point. The action is impossible to judge outside of a context. Sacrificing oneself might be brave, it might be foolish or it might be evil, depending on the point of the sacrifice, who it helps and who it harms.

In the story of Edward Snowden, the NSA leaker, a good deal of the context is still missing, and what remains is peculiar. Certainly Snowden styles himself a martyr: “I’m willing to sacrifice all of that because I can’t in good conscience allow the U.S. government to destroy privacy, Internet freedom, and basic liberties for people around the world with this massive surveillance machine they’re secretly building.” And yet some of the key facts of the case are still in doubt. Does the NSA really have full access to private companies’ Internet servers as first implied? Or was that, as it now seems, an exaggeration?

Some details now appear to be wrong as well. Snowden might not, for example, have stolen four laptops as originally and flamboyantly reported, but instead—less glamorously—removed information on a thumb drive.

His methods are curious as well. There is a tradition of whistle-blowing in the United States, even among people who work with classified information—and there are long established ways to do it. Snowden might have approached a member of Congress, perhaps one of those with intelligence oversight. He might have written to his organization’s lawyers, to clarify the legality of his work. He might have argued his case from within. The legal expert Jack Goldsmith, 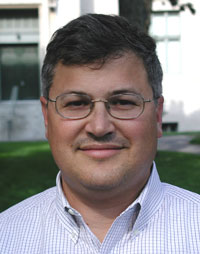 then working in the Department of Justice, fought against the use of torture by the Bush administration. Eventually he resigned and wrote about it. There were setbacks, but ultimately, Goldsmith was successful: The policy was reversed.

Snowden chose a different path. He stole a hoard of documents—and fled to Hong Kong. Thus did he place his ultimate fate in the hands of a government that exerts total control over its own national Internet, and which spares no expense in its attempts to penetrate ours. His decision to speak from there, in public, is also noteworthy: It means his interest in publicity trumps his stated fear of arrest.

Nothing about the context, in other words, tells us that Snowden is interested in anything other than martyrdom and a perverse sort of fame. Nothing tells us that his primary interest is the welfare of his fellow Americans. Nothing about his actions, so far, seems likely to help him achieve his stated goals. There may be further investigations. Congressional oversight might be increased. Unless we learn something new, the NSA’s data-mining will not come to a halt because of Snowden’s personal sacrifice—and, at the moment, it doesn’t seem likely that anyone will build a cathedral in his honor.

The Guardian has called his leak “the spy story of the age.” But the mere impulse to martyrdom is not in and of itself evidence of wisdom. Nor is it evidence of the righteousness of the martyr’s cause.

Edward Snowden? He fills me with inertia.