As the self-aggrandizing whine of Snowden-Greenwald Inc. clogs the cyber-air, I for one cannot help but be reminded of Lola Montes 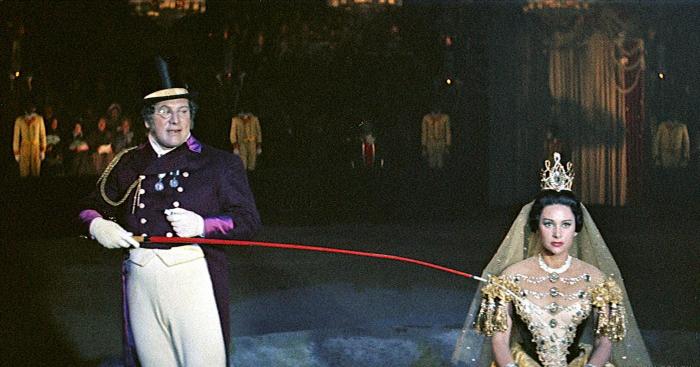 Max Ophuls’ spectacular film maudit was set in an enormous circus where the famous courtesan’s life was re-enacted by a vast array of tumbler, jugglers, dancers and little people as she sat in the center ring answering questions under the direction of the circus’ ringmaster.

Constantly assuring us that “Lola will tell you all,” he cued each of her answers, often as not speaking for her when an exhausted Lola wasn’t up to the task.

The most expensive European film of its era Lola Montes was released with great fanfare to audience indifference and critical hostility. Only the then avant-garde at Cahiers du Cinema — critics soon to become filmmakers themselves, took it to their hearts. It was Ophuls’ last film. When he died a cut, dubbed edition entitled The Sins of Lola Montes was being prepared for release in U.S. grindhouses. It wasn’t until the first New York Film Festival in 1963 that American audiences got to see Lola as Ophuls intended

The reason for the film’s initial failure was rather simple. Martine Carol was a movie star whose primary “talent” was “a balcony you could d Shakespeare from.” This was on view in her previous blockbusters. But in Lola Montes it was parodied in a key scene where Lola meets the King of Bavaria (Anton Walbrook) 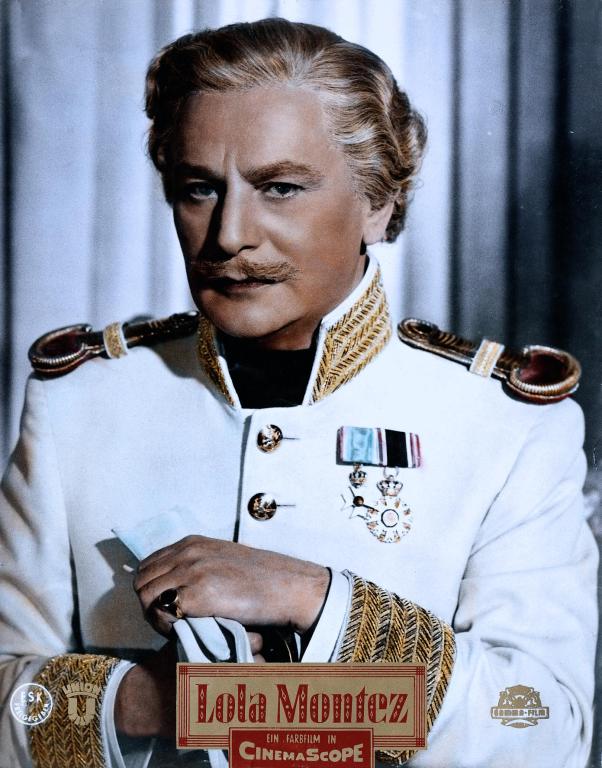 and would appear to be on the verge of displaying her charms. 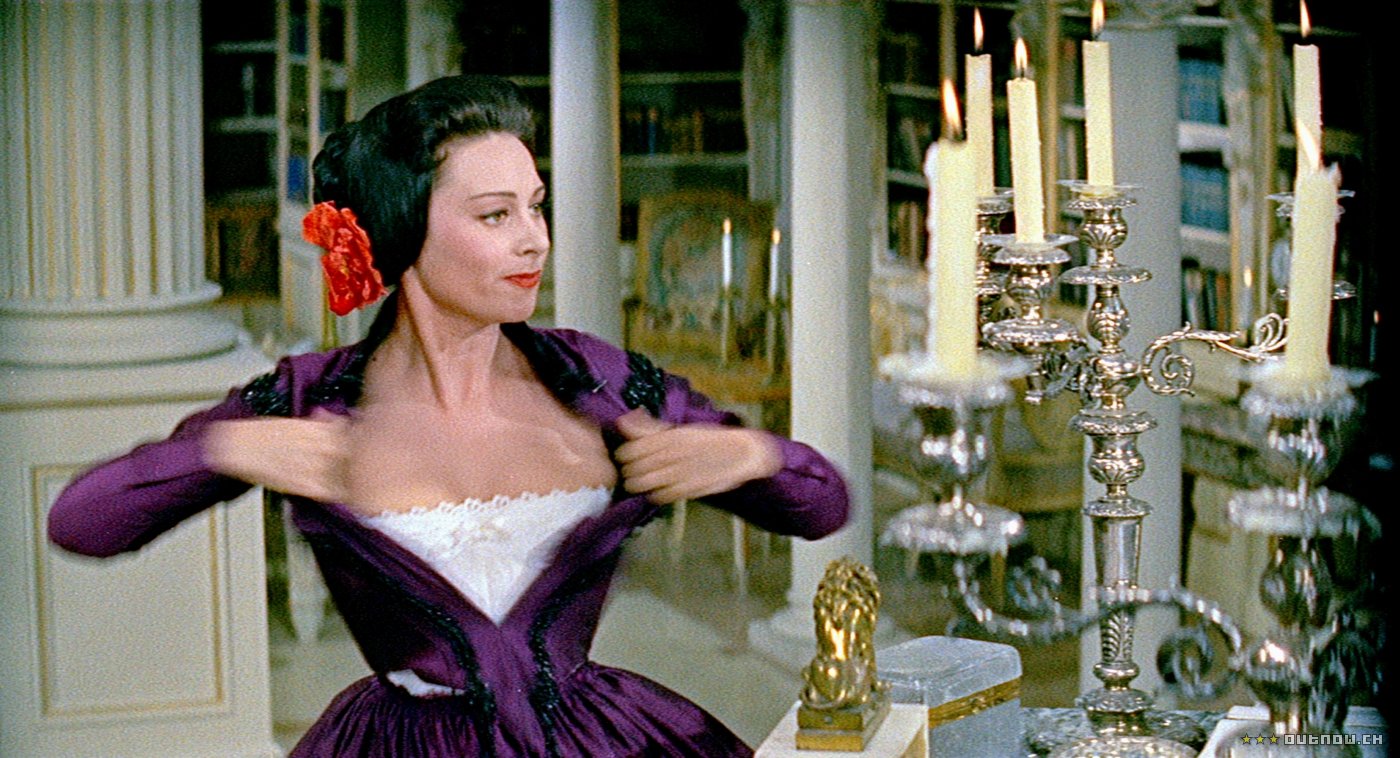 Ophuls cheekily cuts aware to shots of servants searching, on the King’s orders, for a needle and thread to repair Lola’s dress.

This is in many ways comparable to Snowden-Greenwald Inc., promising all manner of “reveals” but at the last doing nothing more than Stating the Obvious

“Obama’s campaign promises and election gave me faith that he would lead us toward fixing the problems he outlined in his quest for votes. Many Americans felt similarly. Unfortunately, shortly after assuming power, he closed the door on investigating systemic violations of law, deepened and expanded several abusive programs, and refused to spend the political capital to end the kind of human rights violations like we see in Guantanamo, where men still sit without charge.”

Does Snowden-Greenwald imagine us all to be so stupid that we don’t understand what the office of the President of the United States constitutes, and whatever differences there may be between Obama and Dubbya continuity has to be maintained at all costs?

” More detail on how direct NSA’s accesses are is coming, but in general, the reality is this: if an NSA, FBI, CIA, DIA, etc analyst has access to query raw SIGINT databases, they can enter and get results for anything they want. Phone number, email, user id, cell phone handset id (IMEI), and so on – it’s all the same. The restrictions against this are policy based, not technically based, and can change at any time. Additionally, audits are cursory, incomplete, and easily fooled by fake justifications. For at least GCHQ, the number of audited queries is only 5% of those performed.”

“Journalists should ask a specific question: since these programs began operation shortly after September 11th, how many terrorist attacks were prevented SOLELY by information derived from this suspicionless surveillance that could not be gained via any other source? Then ask how many individual communications were ingested to acheive that, and ask yourself if it was worth it. Bathtub falls and police officers kill more Americans than terrorism, yet we’ve been asked to sacrifice our most sacred rights for fear of falling victim to it.”

Yes journalists should ask specific questions. But when their asked of this Ron Paul-supporting high school drop-out we’re to be admonished for “attacking him” and thereby being in cahoots with the Obama administration.

“Further, it’s important to bear in mind I’m being called a traitor by men like former Vice President Dick Cheney. This is a man who gave us the warrantless wiretapping scheme as a kind of atrocity warm-up on the way to deceitfully engineering a conflict that has killed over 4,400 and maimed nearly 32,000 Americans, as well as leaving over 100,000 Iraqis dead. Being called a traitor by Dick Cheney is the highest honor you can give an American, and the more panicked talk we hear from people like him, Feinstein, and King, the better off we all are. If they had taught a class on how to be the kind of citizen Dick Cheney worries about, I would have finished high school.”

The mind boggles at how much more brilliant he would have been HAD he finished high school.

But here’s the best bit of all:

“All I can say right now is the US Government is not going to be able to cover this up by jailing or murdering me. Truth is coming, and it cannot be stopped.”

Clearly Snowden-Greenwald sees itself as Robert DeNiro in Brazil

the renegade plumber heroically fighting the system all on his own.

Of course part of the problem is that Snowden-Greenwald IS on his own. He has no program. No manifesto. No plan. Not even any suggestions for us to deal with all of this. We’re all just supposed to sit back and admire him: half John Doe, half John Galt, rather than face the fact that he’s nothing more than a low-level operative 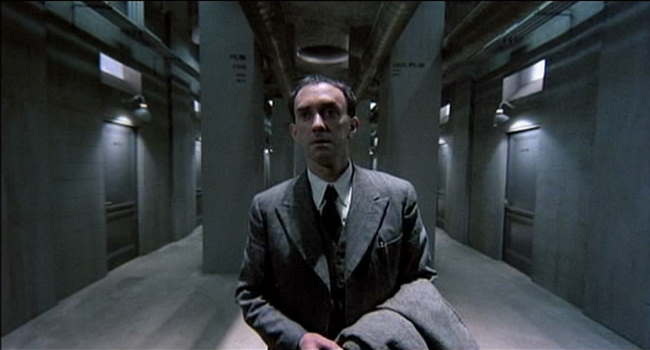 Working for the Ministry of Information

Make no mistake. This dog and pony show has been devised to stoke our fears of THIS happening to us

Being 66 years old and well-remembering the “Cold War” and the constantly stoked fears of Nuclear Annihilation, I can only say “Been There. Done That.”

Play us out kids