Oh we know what just what you mean Groucho.

Of course Stalin was an important U.S. ally during World War II

But we’ve all been programmed to forget about that.

To me Stalin means

As usual with Stalin his attitude towards the great director were decidedly bi-polar.

On the other he had the film banned.

And he wasn’t too crazy about Que Viva Mexico 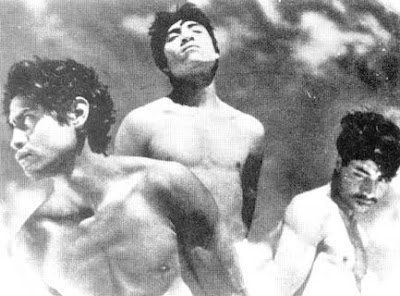 Clearly Sergei was having too much fun. So Uncle Joe went all Orson Scott Card on him.

The sex life of the people around me is none of my business; the homosexuality of some of my friends and associates has made no barrier between us, and as far as I know, my heterosexuality hasn’t bothered them. That’s what tolerance looks like.
But homosexual “marriage” is an act of intolerance. It is an attempt to eliminate any special preference for marriage in society — to erase the protected status of marriage in the constant balancing act between civilization and individual reproduction.
So if my friends insist on calling what they do “marriage,” they are not turning their relationship into what my wife and I have created, because no court has the power to change what their relationship actually is.
Instead they are attempting to strike a death blow against the well-earned protected status of our, and every other, real marriage.
They steal from me what I treasure most, and gain for themselves nothing at all. They won’t be married. They’ll just be playing dress-up in their parents’ clothes.

How snide. But that’s just the warm-up for The Big Pitch

Faithful sexual monogamy, persistence until death, male protection and providence for wife and children, female loyalty to children and husband, and parental discretion in child-rearing.
If government is going to meddle in this, it had better be to support marriage in general while providing protection for those caught in truly destructive marriages.
Because when government is the enemy of marriage, then the people who are actually creating successful marriages have no choice but to change governments, by whatever means is made possible or necessary.

TAKE IT AWAY BOYS!