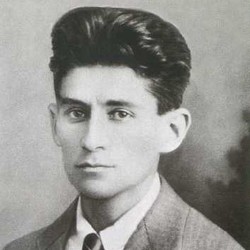 Revered historian Saul Friedlander is at first blush an unlikely candidate to further Yale University Press’ “Jewish Lives” series; his brilliant volume ‘The Years of Extermination: Nazi Germany and the Jews, 1939-1945′ won the Pulitzer Prize, and as he himself points out in ‘Kafka: The Poet of Shame and Guilt,’ biography is not his trade.
Likewise Kafka himself might seem an unlikely candidate for the series. He was born in 1883 into a German-speaking and thoroughly assimilated Jewish middle class family in Prague, then the jewel of the Austro-Hungarian Empire. From an early age and for most of his life, he was very pointedly agnostic on the subject of God and indifferent on the subject of his own Jewishness. Certainly in his day-to-day life and (despite some rather unconvincing academic saber-rattling to the contrary) in his work, he was in no way an exemplar of that admittedly problematic concept, the “Jewish life.” 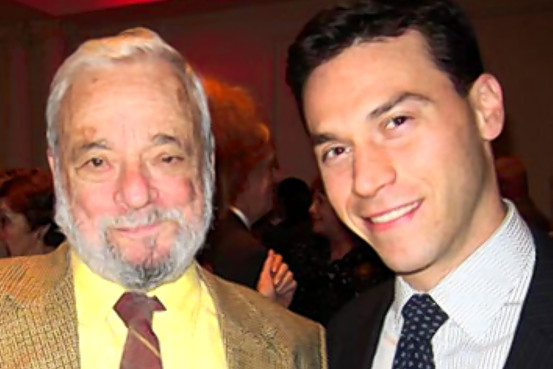 There’s no resolution to the shoe-horning of Kafka into the series, but Friedlander’s own presence is surprisingly easy to figure out: for a start, there’s a good deal of cultural affinity. Like Kafka, Friedlander comes from a solidly middle class family of Prague Jews. Like Kafka, Friedlander’s father attended the German Law School of Charles University (fifteen years later than Kafka) and got a job as legal advisor to an insurance company, as Kafka did. Friedlander’s parents died in Nazi concentration camps, and so did Kafka’s three sisters.

Of course there’s a deeper affinity than mere biography: Kafka’s writing, which clearly slips past Friedlander’s – and everybody else’s – reading defenses. Franz Kafka was intelligent but unfocused, handsome but deeply insecure, talented but often incredibly lazy; passionate but almost incapable of intellectual, personal, or romantic commitment; in virtually every conceivable way, he is the living avatar of the postmodern literary figure; little wonder, then, that his bored, panicky lack of focus should strike a chord with the postmodern Nintendo era. His fiction is gorgeous, his ideas are subversive, and his dreams were outsized; the more books are written about him, the more he looks like the ultimate poet of a dark and formidably unbalanced century. Like many of his readers, Friedlander has been reading and re-reading Kafka for years, and that, too, can be a natural motive for writing a brief book on the man and his work.

Friedlander studies the themes of that work through Kafka’s trove of letters, famous short stories, and through such books as ‘The Trial,’ ‘The Castle,’ and ‘Amerika.’ He relates the familiar outlines of Kafka’s life: the feverish but tangled literary activity, the incessant letter-writing, the sexual affairs and prolonged relationships, especially Felice Bauer,

whom he met through his close friend Max Brod 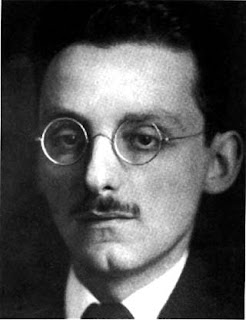 and with whose affections he trifled for the rest of his life. Some of Friedlander’s handling of this well-known material occasionally verges on the student’s trot, although the lamp-bright insight into human nature that makes his Holocaust studies imperishable certainly doesn’t desert him here.
And if you’re talking about Franz Kafka’s human nature, you must inevitably talk about Max Brod, his lifelong friend and literary champion, the man who saved most of Kafka’s extant work from Kafka’s own self-indulgent destruction.

The fact that Brod also shaped and edited his friend’s posthumous reputation becomes crucial in Friedlander’s short book, because the white-hot coal burning at the center of The Poet of Shame and Guilt involves a Kafka who must be extracted from Brod’s careful presentations and allowed to stand on his own; a Kafka Brod attempted to curate and edit out of existence; a Kafka who was sexually attracted to men as well as (or far more so than) women.

It’s not a new interpretation (given how much has been written about Kakfa, new interpretations will be correspondingly tough to come by), but Friedlander presents it deftly and thoroughly, sifting through what little material is left in order to present his case. He writes, for example, of Kafka’s fascination with the Prague novelist Franz Werfel: Not what I’d call a Babe, but chaque a son goo

And leave us not forget —

Franz Viktor Werfel (10 September 1890 – 26 August 1945) was an Austrian-Bohemian novelist, playwright, and poet whose career spanned World War I, the Interwar period, and World War II. He is primarily known as the author of ‘The Forty Days of Musa Dagh’ (1933, English tr. 1934, 2012), a novel based on events that took place during the Armenian Genocide of 1915, and ‘The Song of Bernadette’ (1941), a novel about the life and visions of the French Catholic saint Bernadette Soubirous, which was made into a Hollywood film of the same name.

Back to Franz K.

“Today in the coffee-house with Werfel,” Kafka wrote in April 1914. “How he looked from the distance, seated at the coffee table. Stooped, half reclining even in the wooden chair, the beautiful profile of his face pressed against his chest … His dangling glasses make it easier to trace the delicate outlines of his face.”

Long before these confessions, Friedlander notes, Kafka was writing in his diary about posing for an artist in the nude at age 19 as a model for St. Sebastian. The picture of Kafka the serial womanizer stripping off his clothes in a Prague studio in 1912 and allowing another man to tie him to a post and paste fake arrows on his chest is slightly jarring even in the 21st century (actual pictures would be yet more jarring still – do they exist? If they ever surface, will we claim we were unprepared?). Friedlander shows that he knows this by presenting it all with becoming gravity, and he has a deeper purpose in doing so at all: his contention is that deep sexual ambiguities and doubt form yet another instructive layer in the complex literary gift prudish Brod bequeathed to readers everywhere.
“It is highly improbable that Kafka ever considered the possibility of homosexual relations,” Friedlander writes, although by that point in his book he’s made a strong enough case to make the highly improbable seem possible. His book may not be embraced by Kafka traditionalists (it would have horrified the first of them, Brod himself), but it certainly makes for a thought-provoking hour’s reading, a hypothetical entry into a Yale “Gay Lives” series that doesn’t yet exist.

Oh it’s not all that “improbable.” And it certainly sheds new light on The Trial, Orson Welles” magnificent film version of which starred an all-too-well-cast Anthony Perkins.

Rosalind Ellis will sing us out